A bad law, due to start in April, will see the work of Australian scientists severely curtailed…or they risk $400,000 fines and 10 years in jail, Kevin Korb writes.

A new round of trade controls will come into effect in Australia next month and they could have a far reaching impact on the way academics do their work, and may end up hurting the economy.

The Defence Trade Controls Act (DTCA) goes into effect on April 2, 2016, and it applies to all Australians, including those now living overseas.

The DTCA brings in a new regime of Department of Defence (DoD) oversight for both military “goods”, meaning new scientific ideas and means of application, and “dual-use goods”, innovations that may have some military use.

This has severe implications for Australian work on encryption, a key enabler for the rapidly growing internet economy. Less well appreciated is that the 361 pages of the Defence and Strategic Goods List (DSGL), defining the law’s scope, covers many other key innovation areas:

Included is all software directly necessary to implementing such technology. Excluded is everything that is already in the public domain.

All these areas of research, innovation, education come under the control of DoD on April 2 via its Defence Export Controls Office (DECO).

The DTCA introduces a permit regime for any “intangible supply” (especially electronic communication) of new ideas in DSGL areas. Researchers and innovators who communicate any new idea overseas without permission face ten years in prison and A$400,000 fines.

In other words, if you deal in new ideas in any of these areas, and you do not apply for a DoD permit, you are putting yourself at serious legal risk.

The DSGL is clearly difficult to maintain. For example, it refers to integrated circuits running at 40 MHz or above, which were state of the art around 25 years ago. Recently Daniel Mathews pointed out that the DSGL controls encryption using only 512 bits, also long obsolete.

Ambiguity bedevils the legislation. The precise scope is literally impossible to pin down. Consider artificial intelligence (AI). Since almost any AI can be used to improve robotic performance, AI might be covered. However, AI is covered only if it is to enable DSGL technology. So, for example, a deep learning algorithm would not be covered.

Suppose, however, that the deep learning program were subsequently applied specifically to improve combat robot performance. DECO could retrospectively deem research leading to that controlled and some prior communications to be criminal acts.

This also illustrates a lack of clarity in the demarcation between the DSGL military list and dual-use list. These ambiguities put every researcher across the DSGL spectrum at risk.

Unfortunately, much scientific communication is neither for publication nor oral. Almost all projects involve emailing someone overseas. Often they involve overseas visits presenting at seminars or unpublished conferences.

These worries are serious: current DECO advice states, for example, that if your laptop has DSGL information then “you will need an export permit […] even if you have no intention of providing the DSGL technology to anyone while overseas”.

Only a tiny minority of dual-use research projects will be able to safely avoid applying for DoD permits.

The DoD may, of course, grant a permit. A granted permit gives DECO the right to search your premises (home or work) and copy any documentation found.

This right applies to proprietary research as much as public research.

It’s a fair surmise that multinationals will not wear the unimpeded provision of their IP to DoD and so will move their research projects overseas, rather than use international collaborations, as they have done.

Smaller companies will either move overseas entirely or shut down. Indeed, I am aware of cases where both have already occurred in Australia in anticipation of the law.

Obtaining prior approval for each project (or even communication) will put an end to a lot of research activity in Australia, directing researchers, students, innovation and almost all subsequent economic activity elsewhere.

This is a bleak prospect for “Innovation Australia”.

As part of the Wassenaar Arrangement, both the UK and US have related laws. You might expect them to match up with Australian law, but they don’t.

This article appeared first on The Conversation 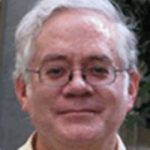 * Kevin Korb is a co-founder of Bayesian Intelligence Pty Ltd. He has received funding from the ARC and DSTO in the past. He is a Reader in the Faculty of Information Technology at Monash University. He is a Senior Member of IEEE and Chair of the Victorian Computational Intelligence Society. All of these activities represent a conflict of interest with the DTCA. Indeed, that is the point of the article. He is a member of Civil Liberties Australia