Increasingly, more women are in jail in Australia, and Aboriginal women are 21 times more likely to be jailed; most men and women in jail are suffering from mental health problems. The nation has an epidemic of poverty and homelessness, twin scourges which foster more draconian laws, longer jail sentences and so mushrooming prison building. Meanwhile police force numbers expand the more incompetent they are, especially re domestic crimes against women. Australia is in a downwards “justice” spiral: women are bearing the brunt. Radical re-thinking of flawed systems across federal, state and local governments needs to create better justice for the nation.

A former Tasmanian prosecutor, Tony Jacobs, with 30 years experience which includes 30 murder trials, has written an explosive letter – beginning with the famous phrase ‘J’Accuse, quoting Emile Zola in 1898 – to the state’s Law Society claiming that “Mrs (Sue) Neill-Fraser’s conviction for murder should have been overturned because of the mistakes & omissions of a number of Tasmanian Legal Practitioners”. Jacobs’ letter was tabled in the Legislative Council of the Tasmanian Parliament on Tuesday 15 November 2022 by Michael Gaffney MLC. Here’s the tabling speech from a Hansard proof copy, .and you can read the tabled the letter.

One jurisdiction has agreed to implement the principle of ‘No Rights Without Remedies’ starting in 2023, as the campaign for a national Human Rights Act switches into higher gear with a briefing to MPs in Parliament House. The federal Budget delivered in small ways for rights and liberties, but there were worrying failures nationally and internationally in terms of Australia’s prison systems, and in how we run trials whee rape is alleged, including serious new questions surrounding judicial directions, the rights of juries and ‘counselling’ in and out of court…raised here for the first time.

CLA’s submission to the National Anti-Corruption Commission parliamentary inquiry placed the NACC in context – along with a much-needed, federal Human Rights Act to follow – as delivering a better, fairer and more equal ethical infrastructure for Australia. When CLA appeared before the NACC inquiry committee, it was unfortunately more intent on parsing clauses from a legal perspective than discussing the best national philosophy for Australia. (Note: the committee asked for submissions to be kept as short as possible). 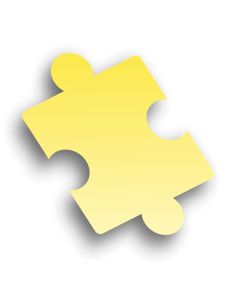 ‘Human rights’ is a simple concept: the rights let you do what you reasonably want to do…without preventing someone else doing what they want to do. But they can get bound up in formal ‘legalese’. Here, CLA explains our understanding of what ‘human rights’ means as applied to Australia, and why we should have a national, or federal, Human Rights Act or bill of rights like NZ, Canada, the UK and the USA.

Behind the scenes, moves are under way to frame a new approach to human rights for Australia. October through December is critical for developing where and when a federal HR Act fits. CLA is the prime mover Australia-wide in ensuring that any such act involves ’No Rights Without Remedies’. Such a foundation will establish a way to get quickly, easily and cheaply before conciliation or a tribunal to have rights acknowledged and enforced. Meanwhile, rights we thought we had are disappearing, as forensic science labs and police forces let citizens down by misinterpreting or not obeying the law of the land and their own regulations.

Recent revelations of secret recordings of lawyers and their clients at Risdon Prison by Tasmanian Police over two months raised major alarm bells. The Commonwealth Ombudsman has been consistently calling out TasPol for its recording devices and surveillance warrant failures for years. TasPol's “compliance culture” is lacking, the Ombudsman says. In other words, TasPol does not obey the law. SPECIAL ANALYSIS reveals how extensive the TasPol problem is: nothing less than a full inquiry into TasPol will get to the root causes of its problems.

Police can self-authorise some warrants, or get a magistrate or judge to issue others. But whatever method is mandated, warrants are frequently incorrectly issued in Australia on false, dodgy or incomplete information containing wrong details and not meeting legal requirements, or by unauthorised people. The Commonwealth monitors warrant processes, and its Ombudsman has singled out one state in particular, Tasmania, for compliance and culture criticism over the past few years

What was so secret about the Bernard Collaery and Witness K case? It couldn’t have been the bugging of the East Timorese Cabinet rooms, as that was well known. Perhaps it was deeper and longer-term spying on who the East Timorese leaders were planning to throw their lot in with, over suspicions of Chinese influence of concern to Australia 20 years ago, Dr Richie Gun surmises.

Paul Gregoire of Sydney Criminal Lawyers wrote about Australia leaning towards becoming a republic before the former monarch’s death, and sought comment from CLA CEO Bill Rowlings. Now updated with the change of gender accommodated, here’s a look at why Australia might change, and when.