The justice scene throughout Australia is patchy. The choice of offence level may be uneven, the jurisdiction chosen haphazard. Hugh Selby questions one recent Tasmanian case. 8 July 2014

What if he had died, and she lived? 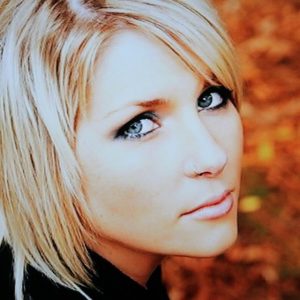 Background: The current Director of Public Prosecutions in Tasmania, Tim Ellis, has recently been convicted of “negligent driving causing death”. He killed Natalia Pearn (left), 27, on the Midland Highway in March 2013. He will be sentenced in Hobart Magistrate’s Court on 22 July 2014: he faces a maximum one year in jail and $1300 fine.

In this article, academic barrister Hugh Selby analyses the appropriateness of the charge against Mr Ellis, and the court jurisdiction in which it was heard.

The Tasmanian Criminal Code, Schedule 1, includes the offence of ‘causing death by dangerous driving’ (section 167A). It’s a serious offence and it is heard before a jury in the Supreme Court. The ‘dangerous driving’ can reflect the speed (ACA says Mr Ellis was driving a little above 100 km/hour) or in a dangerous manner (such as the time and distance for which Mr Ellis’ car was on the wrong side of the road).

It is indisputable that to drive on the wrong side of the road for ‘at least 800 meters’ when there are drivers coming the other way and the correct lane was open for traffic is dangerous.

Such driving behaviour – in this case the distance and timing of that driving on the wrong side – is to be viewed objectively (see Wahl v State of Tasmania [2012] TASCCA 5 per Evans J at [14] ). That is, a fact finder (be that a jury or a judicial officer sitting alone) must look to the relevant circumstances.

In R v Coventry (1938) 59 CLR 633, the majority of the High Court said [at 638], ‘the expression ‘driving … in a manner, which is dangerous to the public’ describes the actual behaviour of the driver and [in general] does not require any given state of mind as an essential element of the offence’. However, as stated by that court in Jiminez v R [1992] HCA 14 [at 12] a driver is not responsible for his driving while asleep, because his or her actions at such a time are neither conscious nor voluntary. But Jiminez also says [12] that the relevant period of driving, in determining whether the driver is driving in a dangerous manner, is the period that is immediately before falling asleep. Moreover, [at 13] for ‘driving in a manner dangerous’, the issue is not whether there was or was not a warning of the onset of sleep, but whether the driver was so tired that, in the circumstances, his driving was a danger to the public.

The defence of ‘I was asleep’ having been raised , the prosecution had to disprove it or show that prior to falling asleep his driving was dangerous. They did so, last week, to the satisfaction of a local magistrate who heard the only charge brought against Mr Ellis. The sentence is yet to be imposed.

The punishment also depends upon the level of the court in which the offence is prosecuted. Not all ‘dangerous driving causing death’ cases need to be heard in the Supreme Court by a jury. The Traffic Act provides for lesser charges to be heard by a magistrate, namely under section 32(1) for which the maximum penalty is 2 years gaol, or the lesser ‘negligent driving causing death’ (section 32(2A)) that carries a maximum penalty of 1 year in gaol.

Mr Ellis’ good fortune was to be charged with the least serious charge. Moreover, his associated good fortune was that the Magistrate had no power, for that charge, to refer the matter to the Supreme Court to be heard before a jury.

If, however, Mr Ellis had been charged under section 32(1) then the magistrate could have said, ‘the facts and circumstances in this case require that it be heard in the Supreme Court’. That follows from the Criminal Code, section 5(3), which applies to cases in the Magistrate Court where there is an available penalty of more than 1 year in gaol.

There was nothing unlawful about a decision to avoid a jury, ignore the more serious lower court charge and proceed on the most insignificant charge available. The Traffic Act (section 32(5)) says that Mr Ellis may lawfully be charged and convicted of an offence under section 32 despite the death that resulted from his driving and that he might have been charged with a crime under the Criminal Code – such as 167A ‘causing death by dangerous driving’.

But was it the right approach when the dangerous driving was clear, when the defendant held an important public office in the criminal justice system, and the defendant’s explanation was ,‘ I slept because I have a sleep disorder’?

In deciding whether and where to prosecute, the test applied by the Tasmanian DPP and all other prosecuting agencies in Australia is that there is a reasonable prospect of conviction on the available and admissible evidence.  The Guidelines are set out for everyone on the DPP’s website.

This test assumes that the prosecution will be conducted before a reasonable fact finder not subject to any bias or undue influence and one which is properly directed to assess the issue of guilt.

Just as Lloyd Rayney, the former West Australian prosecutor, had his murder case (for which he was acquitted) handled by an outside prosecutor and an outside judge – so as to dispel any concerns about bias or undue influence – so Mr Ellis’ case should have been heard before a judicial officer brought in from another part of Australia.

The fact that the local magistrate convicted Mr Ellis is irrelevant to what should have been clear to all those involved when this case started: Mr Ellis is so well known, and presumably so well respected by his legal system colleagues, that only an outside judge or magistrate can dispel the reasonable thought that he’ll get a better deal than other defendants.

Similarly it was wrong to proceed on the least serious offence because that course put Mr Ellis’ private interests ahead of all public interests.

The choice of the charge unduly fettered the court’s discretion. Supposing that the prosecution in the Magistrates Court had been for ‘dangerous driving causing death’ then the Magistrate could have referred the matter to the Supreme Court for a jury trial. Had the local magistrate said nothing about referring the matter, or declined to refer it, then the reasonable suspicion would always be that the decision was an unwarranted favour to the defendant. An interstate Magistrate hearing the same charge, and declining to refer it to the Supreme Court, would not raise the same suspicions.

In determining whether the public interest requires a prosecution, a factor is whether the alleged offence is of considerable public concern. This case meets that requirement because of the status and role of the office held by the defendant. With power comes responsibility and for Mr Ellis this means that he ought to have welcomed a jury of Tasmanians hearing all the evidence, including his explanation that he slept, and then deciding if he was guilty of the serious Code offence, or guilty of the lesser offence (under the Traffic Act) as the Code permits (section 334B), or not guilty of any offence.

Assuming the accuracy of the facts about the fatal accident as alleged by ACA, and available in the published decision of the local magistrate, the decision to prosecute Mr Ellis on the least serious charge, with no possibility of the case being referred for jury trial, and with a local magistrate sitting, was not merely a shame but a stain upon Tasmania’s legal system.

The issue to the forefront is how the balancing of the public versus private interests has gone so badly awry.

In any case, the family and friends of the driver mourn her tragic loss. They, and you, might sadly wonder (and we must in all such tragic cases) what would have happened if she had survived and Mr Ellis had perished.

* Hugh Selby is a Canberra-based lawyer with a special interest in criminal law. He has taught at the ANU and the University of Wollongong.  His publications have a practical bent: advocacy, appellate practice, expert witnesses and inquest. This article appeared first in the Tasmanian Times online journal on 7 July, 2014 – it is reproduced here with their permission and that of the author.