The ACT,  with its Human Rights Act, like Victoria, is no place for anti-consorting laws which the Attorney-General is proposing. Such laws makes rogues of us all.

Anti-consort laws make rogues of us all

It must be something in the Canberra water. First, the Prime Minister reintroduces an archaic system of honours and doffs Australia’s collective cap towards Buckingham Palace.

Now, the ACT Government wants to join other Australian States with legislation reflecting a time when people were classed as rogues, incorrigibles and vagabonds. 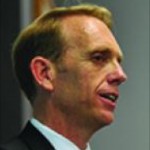 The proposed anti-consorting laws, announced this week by ACT Attorney-General Simon Corbell (photo), reflect a recent trend in Australia to criminalise normal social contact and to undermine freedom of association. It harks back to a time when the company one kept and a person’s perceived moral character were sufficient grounds for punishment. It’s more 1815 than 2015.

Anti-consorting laws make it an offence to consort (hang out with, or speak to) habitual criminals or other people deemed to be dangerous or dissolute. Under NSW’s anti-consorting laws, for example, it is a criminal offence to speak to two or more convicted criminals on two or more occasions after being given a warning by the police. If you continue to “consort” you risk going to gaol for up to three years. It doesn’t matter if the consorting is innocent or sinister, or occurs in your home, on the street, in a pub or even in an online forum.

Under South Australia’s anti-consorting laws, it doesn’t even matter if the habitual ‘criminals’ you are consorting with have never been convicted of a crime, police suspicion of criminality is enough. In many States it does not matter when the person was convicted – you better watch out when you visit your Godmother in case she shoplifted in her wild youth 60 years ago.

It is claimed that these laws are justified by recent shootings in South Canberra (only one of which was said to be bikie-related): the proposals come as part of a nationwide hysteria concerning bikies. Unfortunately, if past practice is a guide, the laws will not be confined to unlawful motorcycle gangs and will ultimately be used against the young, homeless, and marginalised groups. Indeed, in the hundreds of pages of anti-bikie and anti-consorting legislation passed by Australian States and Territories to combat the ‘bikie menace’, the word motorcycle is never used.

So it is unsurprising that the first individual charged under the NSW anti-consorting laws was not a member of an unlawful motorcycle gang, but a 21-year-old man with an intellectual disability living in north-western NSW. He was initially charged while out shopping with friends and sentenced to nine months gaol for consorting with his friends (the conviction was later overturned). Ironically, it’s reported that when he was initially detained he was locked in the same cell as his friends … whom he was not supposed to consort with!

But leaving aside the specific instances of misuse and abuse, what do these laws say about the direction of law and order in Australia.

First, it says that normal behaviour is now subject to suspicion and policing. Under the Queensland Vicious Lawless Association Disestablishment (VLAD) law, anyone who rode a motorcycle with a group was a target of police overreaction. Even though it was not an unlawful motorcycle club – for example, the Vietnam and Veterans Motorcycle Club (most members are aged 60-70) was raided by police. More worrying, the very act of riding a motorcycle itself has become suspect. The Queensland police now have an online form inviting motorcyclists to “register your ride”.

Second, we are more willing to pass laws that are not consistent with Australia’s international obligations. Article 22(1) of the International Covenant on Civil and Political Rights says everyone has the right to freedom of association with others. No restrictions are permitted to be placed on the exercise of this right other than those necessary to protect the interests of national security, public safety, public order, public health or morals, or the rights and freedoms of others.

As one of the only two Australian jurisdictions with a Human Rights Act, the ACT should hesitate to introduce a law that conflicts with freedom of assembly and association. It is worth remembering that during the initial anti-bikie hysteria of 2009, the ACT and Victoria both refused to introduce laws that would conflict with their Human Rights Acts. Even in the absence of a national Bill of Rights, two early anti-consorting laws were struck down by the High Court as unconstitutional – those decisions were later legislated around by the States.

Third, relentless law-and-order campaigning, exemplified by anti-consorting laws, risks undermining efforts to rehabilitate and steer individuals away from gangs and crime. Implicit in the slogan “do the crime, do the time” is the promise that once you have served your time you should be permitted to try to move on with your life. But anti-consorting laws mean the punishment continues indefinitely.

Perverse outcomes are not hard to imagine. For instance, participating in a prisoner support group that assists ex-prisoners re-establish their lives could constitute consorting (for participants and organiser). Likewise attending Alcoholics Anonymous or a community-run drug rehab program could result in unlawful consorting.

Fourth, the push to copy other States’ anti-consorting laws reveals a disinterest in evidence-based law-making. When the Council of Australian Governments moved to introduce nation-wide anti-bikie laws in 2009, the federal Government agreed to ‘prevent consorting…to the extent practical and effective’. It is telling that no financial resources have been provided to the Australian Institute of Criminology to undertake a study into the cost/benefit of anti-consorting laws introduced since 2009. Before replicating the laws in the ACT, perhaps the ACT Attorney-General should commission a study into their effectiveness.

No doubt police will argue that anti-consorting laws will make their jobs easier; and there is probably some truth to this. However, in a free society there are many legitimate rules that hinder the work of police – the presumption of innocence, warrant requirements, the prohibition on arrest without due cause, an independent judiciary and the requirement to prove criminal intent beyond a reasonable doubt. Anti-consorting laws undermine both the presumption of innocence by introducing guilt-by-association and the requirement to prove criminal intent.

Finally, there are other options to control a person’s behaviour without resorting to anti-consorting laws. Bail and parole conditions balance the rights of the individual with the State’s interest in preventing crime and ensuring an offender is brought to trial. Aiding, abetting and conspiracy offences allow police to charge the instigators and ring-leaders of gangs. Good behaviour bonds can be used to control behaviour as an alternative to full-time custody.

Anti-consorting laws have a history dating nearly back to Magna Carta 800 years ago. While we can learn a lot from history, it’s time to look to the evidence and contemporary concepts of justice in the community’s fight against organised crime. This fight will not be won by endlessly eroding the rights of citizens to the benefit of law enforcement.

* Tim Vines is Vice-President of Civil Liberties Australia, and a lawyer working for the government in Canberra.