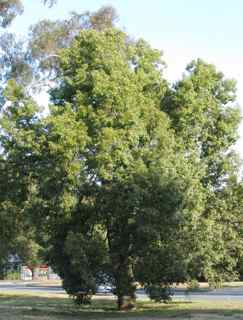 Australia is to get a National Liberty Tree, an initiative of Civil Liberties Australia. The specimen Kurrajong will be planted on International Human Rights Day, 10 December, at the National Arboretum by former ACT Chief Minister, Jon Stanhope, who introduced the nation’s first Human Rights Act in 2004. We’re hoping the planting will start a positive new approach to freedoms and liberties in Australia, like an end to mandatory sentencing, as well as helping to usher in an improved political discourse in nearby Parliament House, which was built on what used to be Kurrajong Hill.

Police continue to ask for expanded laws to do their jobs, even when by much-publicised arrests they are demonstrating they don’t need the extra powers they demand. At the same time, proceeds of crime funds are boosting resources and turning Australia’s town and cities into Candid Camera shooting locations, using CCTV. The over-emphasis on being (seen to be) “tough on crime” continues apace throughout the nation, including in the NT where both sides are threatening a “law-and-order” auction in the elections due in August 2012.

Other topics covered in August include:

Click to read this month’s CLArion or read below