A leading expert on transnational criminal justice has warned that Australia’s ‘no evidence’ model of extradition places excessive trust in the evidence-gathering processes of foreign justice agencies.

We have to provide evidence, they just have to allege, he suggests, under Australia’s current model of extradition. 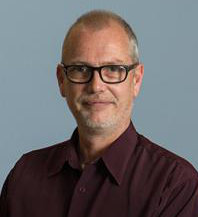 Pointing to how this represents another example of how Australians are stripped of fundamental protections to enhance diplomatic and administrative convenience, criminologist Dr Ian Warren (photo), says foreign justice agencies are not required to show there is sufficient evidence to justify proceeding with a case against one of our citizens.

The Deakin University senior lecturer, who has extensively researched transnational criminal justice for more than a decade, says the ‘no evidence’ standard – which removes the process of judicial review of prima facie evidence – views extradition as an executive function only.

This means the final decision is made by the Attorney General away from the transparent processes of Australia’s courts.

Australia’s extradition regime was enacted in 1988 to ensure fugitives could not escape justice.

But the impact of a globalised digital economy and the extraterritorial reach of foreign justice agencies has created a situation where Australian executives, fintech and tech entrepreneurs are increasingly vulnerable to prosecution from countries they may never have stepped foot in when an offence is alleged to have happened.

Dr Warren says in viewing extradition as an executive function only, the ‘no evidence model’ eliminates any consideration of the evidence-gathering practices of the foreign justice agency.

Such an unfair, imbalanced provision should be removed from Australian extradition law, he believes.

Introduced to make the extradition process more efficient, it limits the magistrate’s or judge’s discretion to determine eligibility for extradition by eliminating consideration of any significant factual requirements.

Dr Warren says Australia should reinstate the protection of requiring prima facie evidence against the accused. This should be applied to all extradition treaties signed by Australia and be incorporated into the Extradition Act.

Failure to do so creates inconsistencies with some other nations under existing treaties.

For example, Australian authorities seeking people located in America must show they have evidence that meets the probable cause standard fo the USA before extradition will be granted.

By contrast, US authorities do not have to meet this standard in cases involving Australians.

Dr Warren says courts should retain a central role in any decision to send an Australian to face a jury empanelled in a foreign country.

“Any process that removes grounds for judicial review or alters that process in extradition is problematic because it is already potentially stacked against the person sought by the foreign justice agency for political reasons,” Dr Warren says.

“From my point of view, the ‘no evidence’ model is just another way of stacking the cards against the person being sought by the foreign justice agency.”

Evelyn Duffy is a media consultant in Perth WA. 200902