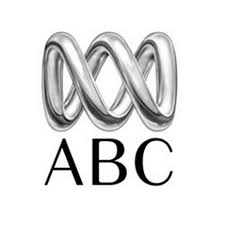 The mission of the ABC, as for all public broadcasters, is public service: programing which fills all the space left by commercial media.

In doing so it should be independent. The charter says so. Politicians often fail to recognise that. When programs talk critically of government policies, politicians get upset: Paul Keating shouting at David Hill.

Not having to respond to the short-term demands of advertisers, the ABC has special opportunities to pursue quality in presentation.

Some politicians and business lobbyists persist in claims of bias. Scores of independent analyses over recent decades have been unable to support such a view. In fact, the ABC, and SBS, are trusted more than almost any other group.

These issues play a major role in influencing the decisions of some governments about appointment of persons to the ABC board to, even to appointment of Managing Directors/CEOs in the belief that they will fix it all up.

Attempts at influence include bullying the CEO, intimidating representatives at Senate Estimates committee hearings and stacking the governing board with persons with political views aligned with those of the government. Chair of the Minerals Council Dr Vanessa Guthrie, despite not being recommended for the position, is the most recent appointment to the Board. Minister Fifield, questioned by Senator Scott Ludlam, spoke of her coming from Western Australia and being a prominent business person.

Some very silly things have been done to the ABC for reasons never properly explained. Canceling the significant broadcasting to Asia and the Pacific is one. The ongoing near total ignorance on the part of most Australians about Asian history, culture and language make understanding current events near impossible.

Stacking the board with persons in the belief they will force the ABC to do what the government and its friends want – such as be nice to business – is another silly thing.

Most board members of most organisations actually have a limited understanding of what they are obliged to contribute, not least because they have limited knowledge of the organisation which they are oversighting or of the nature of leadership. They can never know as much as a CEO.

The ABC is for the most part a professional bureaucracy in which highly qualified experts demand autonomy for their actions, an important consideration in thinking about its leadership.

Comparisons with commercial media are marginally valid, certainly in terms of program expenditure: the ABC has vast responsibilities and great diversity. Commercial media are much more focused; their executives are not in a position to criticise the ABC. The oft-heard agenda of merging with SBS would be about as useful as forming the Department of Border Security

The mantra that management is everywhere the same and knowledge of the domain is not necessary – common for the past few decades – makes for very uncomfortable dynamics. Cutting funding, the hallmark of public service reform over the past 30 or so years, has not made the CEO’s job any easier. Nor has the recent tendency to import human resource, efficiency and marketing experts. Top management is swollen and then has to be trimmed. The ABC was traditionally at its best when its own trained people rose towards the top.

The appointment of media and communications technology lawyer Michelle Guthrie, the latest Managing Director, has been described, by the broadcaster itself, “as coming at a pivotal time as it seeks to maintain its relevance and deliver great Australian content in a fast-changing, fragmented and increasingly global media market”.

No way to railroad a corporation

…but, the ABC does not need to demonstrate, or maintain, relevance! That’s like saying the railway lines between Melbourne and Sydney, or Adelaide and Darwin, have to “prove their relevance”. The very concept is a nonsense.

Guthrie’s 10 months in the job have not been easy. She has suggested that certain staff who criticised management as lacking moral authority would better be sent off and asserted that her job did not require arguing for more funding. And, astonishingly, she has her executive assistant chair senior staff meetings: that is where the CEO must appear because it is there that conversations elaborate the meaning and philosophy of the organisation. Read the studies by Lynda Gratton and Sumantra Ghoshal[1]and the views of Greg Dyke at the BBC[2].

Leadership of the ABC requires continued discussion and challenge at the same time as celebrating successes. And innovation and constant advocacy to stakeholders, as in every major enterprise.

What is not helpful is redrawing the organisation chart, or letting staff go in order to bring in favourites from the organisation where one previously worked. Failure to consult meaningfully on major changes generates debilitating perceptions of authoritarianism.

And criticising the past performance of the organisation, which Guthrie did in announcing her recent reorganisation, is a well-known ploy to make the new leader’s achievements seem superior. It generates cynicism and lowers morale. (I am not referring to organisational structure and bureaucracy). Every organisation has problems and its difficult people.

Words like streamlining and efficiency drives are the management speak of the destructive “experts” from business schools. Organisations should be efficient but that won’t make them superior.

Fiddling with numbers and diagrams might be satisfying: it isn’t leadership. The leader’s every move is constantly watched and incorporated into the rearranged view of the new reality! The distinguishing features of the successful leader are the ability to listen, and judgement.

Why is all this important? The ABC, along with SBS, is amongst the very few media organisations which actually seek to inform and analyse, rather than to promote a particular ideology, such as advancing the views of business, supporting the foreign policy of certain countries, or advancing politically-based views of crime, cultural diversity, employment, education and health.

The ABC produces a vast array of programs and many, especially in current affairs and areas like science and the arts, are clearly superior. Commissioning of drama and support of music have long made important contributions to Australia. Many niche outlets cater to specific audiences and regions. It is a leader in digital radio and podcasting and other narrowcasting initiatives.

The issues to which the ABC gives attention are not “left-wing”. Independence means informing the community about reputable analyses of issues as well as various people’s views where they contribute to better understanding.

Climate change is a complex meteorological phenomenon more thoroughly scientifically researched by thousands of the world’s leading scientists and thinkers than many others, with huge ramifications affecting almost every aspect of human life on this planet: its impact in Australia is dangerously denied politically!

The foreign policy of the United States is not some religious philosophy which we can unequivocally embrace. The US is a complex and diverse society wedded to a set of self-interested ideologies constantly promoted in emotive language which determine how the country and its past, and sometimes the rest of the world, is viewed by its citizens. Its behaviour merits challenge through careful analyses especially in areas such as the strongly contested practice of economics, social justice and not least its claims about democracy. What is going on in other countries is very relevant to the future of Australian people and cries out for informed opinion which the ABC constantly seeks out from all over the world.

Views about issues like immigration, marriage equality, dying with dignity, drug law reform and discrimination are not the exclusive property of adherents of certain religious or moral philosophies but ones which deeply affect the personal lives of many in the Australian community; in some cases the lead to needless misery and deaths of otherwise innocent human beings. These issues deserve very serious thought, even tolerance, though we might not agree with the views of others.

The quality of debate generally across these areas suffers from huge shortcomings, and the ABC has the responsibility to rise above the impoverished behaviour in our parliaments. It generally presents these issues, and a whole lot more, in a careful and sometimes astoundingly competent and even entertaining way.

Politicians and others intent on controlling the ABC need to step back and recognise that, by putting themselves forward in political and public life they will inevitably attract criticism, sometimes even ill-informed or biased, to which they have a right of reply. 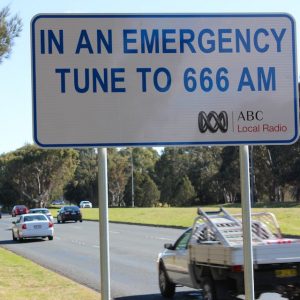 ABC critics should realise that there is larger public good to be served by a public broadcaster, and that is the greater understanding by citizens of what is going on and how it all contributes to our common humanity, indeed survival. The ABC makes a vitally important contribution to the Australian community. We instantly understand the importance of that role the moment disaster strikes – flood, fire, cyclone or whatever – when we all automatically turn to the reliability of the ABC for being there in the tough times and its accurate and timely reports in the face of danger.

Now that the organisation itself faces danger, it needs “rescuing” by the Australian people.

Neither politicians nor governments are the final arbiters of truth. Neither are corporate business or organised religion.

Only a diverse, informed society which respects the views and needs of others, will in the end deliver opportunities for each citizen to achieve their potential, and make appropriate decisions which advance the community. Too many with too much positional influence who speak too loudly have chosen to ignore what’s really important. As many have observed, those who speak loudest often know least.

…The best lack all conviction, while the worst

Are full of passionate intensity.

Dr Des Griffin is retired, and a thinker and blogger at www.desgriffin.com. His career began as a crustacean expert in marine science, before he found his metier as one of Australasia’s world-leading museum management experts. Unlike most ABC commentators, he has run a statutory body with diverse responsibilities, “difficult” employees and severe financial constrictions.