Statistics show that more deaths occur in the police-prisons workplace than in the supposed highly dangerous industries in NSW. But deaths in police-prisons facilities are ignored in workplace health and safety analysis. For the sake of police and prison workers, at the very least, the impacts of deaths in such facilities must be formally referred to the workplace regulator for proper investigation, analysis and downstream action.

Prof Gillian Triggs – once Australia’s Human Rights Commissioner, now a Protection Commissioner at the UN – dissects the inadequacy of safeguards of citizens’ rights in Australia after the recent narrow ruling by Australia’s wimpish High Court on the Banerji case, She stresses how that and other cases highlight how urgent formal Rights protection is for the nation.

Read full article
The reality of a Defence Inquiry is far from the rhetorical ‘fair go’ our soldiers deserve, Kay Danes writes. It has become an instrument of power, wielded by officers to deny subordinates and civilians access to fair and equal opportunity within their employment. Complainants suffer bullying and harassment by the very system supposedly set up to assist them.
Read full article

We seem to focus on machine failures and ignore management (human) systems that lead to machine failures by blaming the operator (or in the Boeing 737 Max analogy, the pilot). Repeated failures of police internal investigations reveal the design and structure is wrong: it is not at all clear that new Queensland legislation will tackle the core problem, Terry Flanders says.

A case in the High Court crucial to freedom of speech in Australia will be heard in the next fortnight. Michaela Banerji was sacked for tweeting anonymous criticism of the Immigration Department when she worked there. Was the sacking fair, or does she have a constitutional right to anonymous comment? Two million Australians – and a general right to free speech – await the answer, Kieran Pender writes. 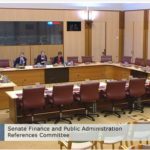 Parts of civil society are actively rebelling against a ‘sham’ public consultation process by Home Affairs Minister Peter Dutton that looks set to lead to a new Australia Card proposal or something very similar. Mr Dutton’s only public consultation meeting before pitching a new public ID and privacy system to COAG will be a 150-minute discussion on 22 October in Melbourne. The agenda is pre-determined for attendees to be spoken at, rather than being listened…and Dutton’s anti-privacy stance is well known from his very first speech to parliament. 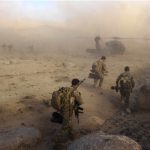 Fury was the initial response on social media among Defence personnel to allegations against special forces soldiers. But as new details emerge almost daily, there’s recognition that leaders at many levels within the Australian Defence Force may have as many questions to answer as the troops. If accountability failures extend throughout the organisation, Army wife Kay Danes writes, an open and transparent Senate inquiry would be the least mechanism needed to get to the bottom of the allegedly widespread management problems in the ADF.

How constrained are public servants in expressing their private opinions in the lead-up to coming elections? Perhaps not as free from restraint as you might think, says John Wilson. 15 April 2016