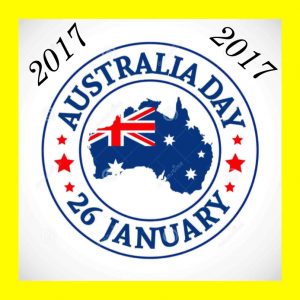 However, a key industry – the justice and legal system – has never been subjected to a national, whole-of-system[1] review aimed at making Australia a more efficient, less costly, more productive, fairer, better, and more just society in relation to its laws and their administration.

We call on you both, as noted lawyers in your own right and as the nation’s leader and first law officer, to launch an independent[2] national inquiry into preparing the Australia justice and legal system for the year 2050 and beyond. We envisage a long-term (perhaps up to 7-8 years) inquiry by a group or groups tasked with investigating individual aspects of the system. There could be up to 10 such panels, we suggest, and they might have an individual “life” of from 1 to 5 years.

Civil Liberties Australia has already specified aspects of the legal and justice system that require significant analysis and change (see CLA’s ‘Better Justice’ initiative, launched 1 Jan 2016, overview document attached). Some of the CLA proposals have long lead times. For example, judicial colleges and universities will need to conceive and design courses by about 2020 so that magistrates can become better qualified with Graduate Diploma degrees, and judges with Masters degrees, by the year 2025.

As well as the CLA proposals, the Chief Justices of Australia are already inquiring into ways that federal and state courts might cooperate, despite limits that appear to be in place due to the federated nature of our legal system.

Law societies and bar associations are also bending their minds to isolated aspects of the system. Other civil liberties and human rights groups, equally, have proposed ideas for improving the system.

A good foundation for such a wide-ranging, future-oriented, national inquiry into systemic issues and opportunities was completed in 2014 by the Productivity Commission, and provided to the Treasurer, Mr Joe Hockey, on 5 Sept 2014 (and released to the public on 3 Dec 2014 [3]). The Commission was astute in identifying some of the traditional millstones holding back a thorough review – in the national interest – of the legal and justice system:

There are widespread concerns that Australia’s civil justice system is too slow, too expensive and too adversarial.

Most parties require professional legal assistance in more complex matters. But the interests of lawyers and their clients do not always align. Reforms to professional regulation are required to ensure clients are better informed and have more options for selecting the tasks they want assistance with, and how they will be billed. Clients should also have independent and effective options for redress when professional standards fall short.

Of course, the innovative investigation, known as the Freedoms Inquiry – requested of the Australian Law Reform Commission by Attorney-General Brandis on 19 May 2014, with the report delivered on 2 March 2016[4] – provides a second foundation for the new national inquiry we are proposing. As the AG said, the Freedoms Inquiry report identifies “where traditional rights, freedoms and privileges are unnecessarily compromised within the legal structure of the Commonwealth”. That structure could be vastly improved, in cooperation with the States.

The PC and ALRC reports comprise the yin and yang underpinning of a once in a lifetime opportunity to create better justice through a better legal structure and system(s) for Australia. There has been no better time in recent decades to hold such an inquiry.

We urge you to make the announcement of a detailed, national inquiry into the justice and legal system either as part of the 2017 Budget process, or before, and to set a target date to start implementing improvements stemming from the national inquiry as of 1 July 2022. Resources committed to such a national inquiry will pay for themselves hundreds of times over during the 50-100 years before such a significant, national infrastructure reform project is likely be repeated.