Consultation between Department of Foreign Affairs and Trade (DFAT) and community representatives on human rights in Vietnam, 12 July 2017

These and similar meetings comprise a slice of the behind-the-scenes work put in by key non-government-organisations (NGOs) which often goes unnoticed and certainly is unrewarded by the government. 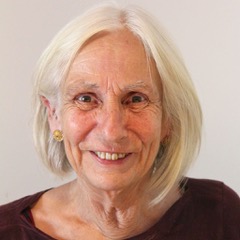 The recent NGO-DFAT meeting began with the announcement that Australia was now almost assured of a place on the UN Human Rights Council. Three contenders had been battling – diplomatically – for the two seats available (France, Spain and Australia) but France withdrew its candidacy in early July.

Meeting participants came mainly from Vietnamese community groups, with NSW, Victoria and South Australia all represented, one representing a national minority, the Kampuchea Krom community of the southern delta. Other organisations attending were the National Council of Women, Reprieve (against the death penalty), the Bahai, Law Council of Australia, Civil Liberties Australia and the Australian Association of Former International Civil Servants. Both DFAT and the Human Rights Commission attended.

DFAT pointed out Vietnam has the fastest-growing economic partnership with Australia, with economics now of far more importance than technical cooperation. Australia is one of a group of countries, with Norway, USA and the EU, which conducts the human rights dialogues. They are frank, cover difficult topics and, by holding Vietnam to account, may have some influence on policy development.

Nonetheless, respect for rights in Vietnam appears to be deteriorating by way of increasing arrests, arbitrary detention, lack of freedom of expression and harassment of bloggers and human rights defenders including through physical assault and bans on international travel. However, there are some areas of at least modest improvement in LGBTI rights, women and children, religion, and early release of some political prisoners.

It is to be hoped that the rights of the elderly can be incorporated into the dialogue agenda, given that there seems to be more scope for improvement for social groups. Although there is a tradition of respect for older persons, the combined forces of modernisation and the aftermath of a two-child policy could make older persons more vulnerable than in past decades.

Each Vietnamese group had prepared detailed submissions for DFAT and reiterated the finding of continued persecution of individuals and entities. Many mentioned Mother Mushroom, a blogger who wrote parenting tips until she visited a hospital and was appalled by the treatment of those unable to pay; she was temporarily arrested in 2009 for writing about the environmental impact of a Chinese-owned bauxite mine and was finally jailed for 10 years in 2017 after trying to visit an imprisoned political activist.

There were calls for increased contact with civil society. 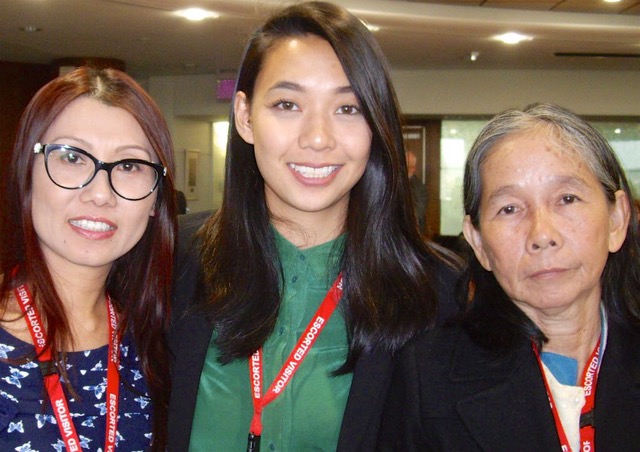 Delegates to the meeting raised the Formosa environmental disaster. A Taiwanese steel manufacturing company spilled toxic waste into the sea that resulted in massive fish death – could Australia provide assistance for the victims, including to obtain government redress? The Vietnamese Women of NSW called for a ban on fish sauce importation. For those who use fish sauce, you will be pleased to know that there is now a ‘Vietnamese’ brand being manufactured in Sydney. DFAT reaffirmed its new focus on business and human rights as a possible mechanism for broaching environmental issues.

Voice, an international NGO, brought along Mrs Nguyen Thi Kim Lien, mother of prisoner of conscience, Dinh Nguyen Kha, who is currently serving a six-year sentence for distributing pamphlets critical of the Vietnamese government. The exemplar of the suffering mother, she thanked Australia for its efforts to date. Voice called for asylum for political prisoners and noted the need for visits to prisoners.

Interestingly, the Kampuchea Krom put forward a plea for indigenous rights and spoke of desecration of monuments (the gates to their region), arrest of religious leaders and non-recognition of traditional land rights of monasteries.

After the meeting, I asked some of the participants about the Montegnards, a group of hill tribes who have been resettled in North Carolina USA. This group, which had helped the US during the Indo-China war, have been the subject of much of the documentation emanating from the USA on human rights abuse. The general feeling was that the Kampuchea Krom have yet to be recognised as an indigenous people; the Montegnards have their ethnic rights respected.

CLA and Reprieve both affirmed that common ground could be found between the more general human rights groups and those specifically focused on Vietnam.