The Lower House was expected to debate the personal restrictions before the end of November 2019.

“These proposed laws are illiberal, unjust and dangerous and we urge all non-government legislators to vote against them,” Tasmanian Director of Civil Liberties Australia and lead petitioner, Richard Griggs, said at the launch, on 21 Nov 2019.

“The laws are undemocratic and illiberal. They shield businesses from public criticism and elevate economic interests of organisations over the civil liberties and rights to free speech and assembly of individuals.

“They are also unjust. They would impose harsh criminal and financial penalties on people who peacefully assemble on public land to protest.

“The laws would effectively silence Tasmanians afraid of taking part in public meetings and rallies for fear of breaking the new law”, Mr Griggs said.

The petition is available here: http://www.parliament.tas.gov.au/EPetitions/House/CurrentEPetition.aspx?PetNum=79&lIndex=-1 The petition’s sponsor is Cassy O’Connor, Leader of the Tasmanian Greens.

“The proposed anti-protest laws violate the democratic freedoms of all Tasmanians, including those who are still struggling against discrimination and prejudice such as LGBTIQ people. Should a company adopt discriminatory policies on sexual and gender minorities, everyday Tasmanians have an inalienable right to peacefully protest against those policies,” Equality Tasmania spokesperson Rodney Croome said.

Groups supporting the e-petition include:

Mr Roland Browne, the Hobart lawyer who led the legal challenge to the High Court on the first version of the anti-protest laws, also attended the e-petition launch in Hobart on 21 Nov 2019. The High Court overturned the first attempted laws as too draconian. 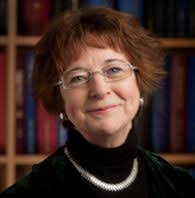 “Fearful governments breed fearful times. Their apprehension manifests in repressive policies, laws and justifications that depend upon and breed more fear,” she wrote.

“The latest manifestation of this is the Tasmanian Government’s Workplace (Protection of Lawful Business Activities) Bill 2019. This Bill represents another incursion on Tasmanians’ fundamental freedoms, this time under the guise of protecting business.

“The core aim of this Bill is to confine citizens’ freedom of assembly and right to political protest.

“In his second reading speech on the Bill, Guy Barnett MHA made it very clear that its purpose is to limit those rights. But it seeks to do so, without making express provision to that effect, so as to avoid another declaration by the High Court that it infringes our constitutional freedom of political communication and is therefore invalid.

“In order to do this, the Bill has removed all mention of its main target — protests and protesters. This, in itself, is troubling. It means that the Bill is deceptive.

“The complete removal of the actual political target of the Bill means it now applies to all people and an almost indefinable range of activities.

“Any act that affects business activities by way of trespass and obstruction is targeted. It also extends to threats to do those things.

“It prescribes an unprecedented range of locations where such trespass will occur. Nor is it limited to conduct that actually causes economic loss, let alone ‘significant economic loss’, though this is the justification given for it by Mr Barnett in his second reading speech,” she wrote.

“Human rights principles mandate that where laws encroach on human rights and fundamental freedoms, they must be necessary, accessible and certain. There must be no other, less intrusive way to achieve their purpose.

Bill based on ‘open deception’

“That is clearly not the case with this Bill. It is based on an open deception about its purpose, which is really about pursuing a policy of criminalising political protest.

“Trespass and obstruction are already illegal under the Police Offences Act 1935 (Tas) — and were in fact used in October 2019 to remove climate change protesters from around Parliament and Salamanca Place.

“According to Mr Barnett, the bill ‘will provide the country’s highest maximum penalty for the offence of trespassing’. So, this Bill is not only unnecessary, it is also disproportionate in the response it provides. This casts a shadow over the human rights legitimacy of this Bill.

“Without it, our governments are relatively free to erode our rights and freedoms. This Bill walks Tasmania another step away from respect for human rights and individual freedoms.

“It may seem an insignificant step. But by such means are our rights and freedoms slowly undermined,” Henning wrote.

Background: Associate Professor Terese Henning is an expert in human rights, evidence law and criminal process. She works at the University of Tasmania and is director of the Tasmania Law Reform Institute. The article noted that her views in The Mercury did not represent those of UTAS or the Law Reform Institute.