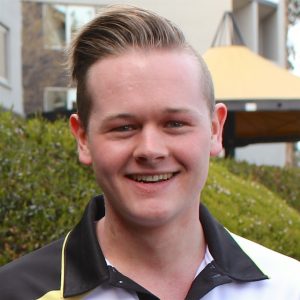 India’s two senior courts – the New Delhi High Court (which exercises jurisdiction over the Union Territory of Delhi), and the Indian Supreme Court (India’s highest national court) – have been engaged in a tussle for supremacy over tackling a social issue of repression of homosexuals throughout the country.

A society can only be as moral as the laws that govern it. Through India’s more recent history s 377 has enabled homophobia to flourish. Now the Supreme Court of India has tackled the public dilemma from a round-about (and arguably more obscure) angle. The Supreme Court’s Puttaswamy judgment in August 2017 has found there to be an implied right to privacy in the Indian constitution. The court ruled that the State has no right to intervene in the bedrooms and private homes of individuals in Indian society. Ultimately, the court has seen the issue not as one of equality, dignity or freedom of association, but of privacy, specifically the right to a private sex life.

Section 377 criminalises ‘unnatural offences’ that violate the ‘order of nature.’ It has evolved into a mechanism to further marginalise and selectively prosecute homosexuals in India. India’s anthropological history before British colonialism indicates different Indian societies had diverse attitudes to homosexuality. There is only limited anthropological evidence to suggest that individuals engaging in homosexual conduct were subject to harsh legal penalties or execution in ancient India.

By comparison, English law has always viewed homosexuality harshly, and homophobic distaste was at the forefront of all British colonial endeavours. Under medieval English law, individuals engaging in the crime of ‘sodomy’ were tortured to death (although the exact method of execution varied with each period). Ultimately, the roots of s 377 go back to a 16th century law of the English Parliament that criminalised ‘buggery’. This law was legislatively bestowed upon India in 1828, laying the foundations for what would become s 377 today.

Attempts to have s 377 deemed unconstitutional failed on appeal to the Supreme Court of India in the Koushal v Naz Foundation judgment in 2013. This ruling overturned an earlier decision of the New Delhi High Court which found s 377 to be unconstitutional on the grounds that it violates individuals’ fundamental constitutional rights. The New Delhi court’s reasoning focused primarily on Articles 14, 15 and 21. Article 14 guarantees equality before the law. Article 15 prohibits discrimination based on grounds of religion, race, caste, sex or place of birth. The High Court found sexual orientation comprised a similar category that required protection. Article 21 guarantees the right to life and personal liberty.

On appeal, the Indian Supreme Court held that none of these provisions could make s 377 unconstitutional. The Supreme Court reversed the High Court’s revision, and homosexuals (once again) lived under the curse of British colonialism that empowers the persecution of a minority. Ultimately, one could argue that Articles 14 and 15 provide enough substance to render the law unconstitutional. Even Article 19 (which secures the right to freedom of association) could have been read-down so as to invalidate s 377.

Now the complexity of Indian logic shines through in the Supreme Court’s recent Puttaswamy judgment, particularly when compared to the principles outlined in the original Naz v New Delhi matter. That is, a two-judge bench of the Supreme Court can refute the principle that equality, freedom against discrimination and freedom of association make a law criminalising homosexuality untenable. However, a law ensuring the right to privacy potentially does make criminalising homesexuality impermissible.

India’s fight against the hangover of its colonial past is aided by the established fundamental rights embedded in its constitution. It gives the Supreme Court a constitutional foothold to ensure good democratic governance. What remains to be seen now is whether the implied constitutional right to privacy can invalidate s 377, and lead India away from the curse of British colonial rule.

Justice K.S. Puttaswamy (Retd.) and Anr. vs Union of India and Ors.

* Sam Coten is a science/law student at Murdoch University WA and a member of Civil Liberties Australia. He has just spent some weeks in India as part of his law studies.