Pilloried by populist politicians, like Senator Derryn Hinch, arguing for rule by media, the Victorian Court of Appeal’s position is that it is upholding the rule of law. Senators frequently get more air time than courts, so here’s precisely how the court puts its own case:

On 9 June 2017 the Court of Appeal as presently constituted heard appeals against sentence by the Commonwealth Director in both cases of Besim and MHK.

During the course of oral submissions and argument by counsel for the parties, members of the bench in the ordinary course asked questions, made comment and engaged in discussion with counsel. The appeals were conducted in the standard way that thousands of appeals have been conducted in this appellate court and other appellate courts across Australia and around the common law world for hundreds of years.

At the end of submissions the court reserved its judgment in each of the cases. 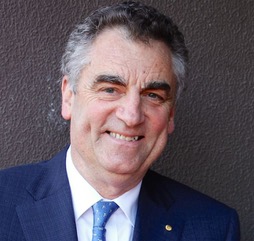 Justice Chris Maxwell, President of the Victorian
Court of Appeal

On 13 Jun 2017 the Australian published an article, Judiciary “Light on terrorism” directly relating to the Commonwealth Director v Besim.

The attributed statements were published whilst the judgments of the Court of Appeal were reserved.

Given that the court’s decisions in both cases were pending, the court is concerned that the attributed statements were impermissible at law and improperly made in an attempt to influence the court in its decision or decisions. Further, the court is concerned that some of the statements purported to scandalise the court. That is by being calculated to improperly undermine public confidence in the administration of justice in this state in respect of the disposition of the appeals that the court has presently under consideration.

The court was further concerned that the attributed statements were made by three ministers of the Crown. The statements on their face:

Arising from the court’s concerns letters were sent by the Judicial Registrar of the Court of Appeal to the Honourable the Attorney-General of the Commonwealth of Australia with respect to the three ministers and the publisher and editor of the Australian and to the journalist with respect to the article.

The letter informed those parties of the court’s concerns and gave notice that the court required the individuals or their legal representatives’ appearance before this court today to make any submissions as to why they should not be referred for prosecution for contempt.

Copies of the letters were provided to the parties in both the Besim and MHK matters.

We note the parties are present in court. In a moment appearances will be taken.

We note that there is no inter partes status of the ministers and what we will call the newspaper interest. Their attendance is informal and at the request of the court.

Before taking appearances the publication in question makes it necessary, in the circumstances, to say the following in the strongest terms.

The parties in both cases, on both sides, namely the Director, Besim and MHK should comprehend that this court has not been and will not be affected by the statements at all, made in the Australian article or elsewhere in the media.

Those parties should be assured and confident that nothing that has been said in the article or about the article can have an effect on the decision or decisions the court will make. We particularly emphasize to the public that it should be assured and have the utmost confidence that the court will decide these matters independently, impartially and in accordance with the rule of law.

Notwithstanding that the article and associated commentary will not impact on our decision making process or any decision itself, the public should understand that that is not the end of the matter. There are important principles of law that arise when anyone speaks about a court’s decision or its conduct during a hearing, before the decision is delivered.

This morning is not an occasion to debate whether the court’s concerns are justified at law. That is, it is not to debate whether contempt has been committed. That may be for another court to determine. Rather, it is an opportunity for those involved to inform the court of any relevant matters they wish before we determine whether to refer the publication for prosecution for contempt of court.