A law just enacted severely jeopardises expansion and growth of Australia’s research expertise, particularly in academic and science circles, in the name of Defence. The effects could be profound.

The Defence Trade Controls Amendment Bill 2015, expected to become law within weeks, regulates high-tech research and development in Australia…and may drive the nation’s best researchers and academics overseas for good.

If they don’t leave for their own sanity and safety, they face $400,000 fines and 10 years in jail just for sending an “inappropriate” email. Who decides “appropriate”? Big Brother, the Government.

The new law is a government assault on freedom of speech and association, and entirely disproportionate to the legitimate protections it is trying to put in place. The penalty regime can literally take a researcher’s life’s work away.

Some critics say the DTCA law will have a worse effect on Australia than the useless-but-dangerous Trans Pacific Partnership (TPP) agreement. (1) 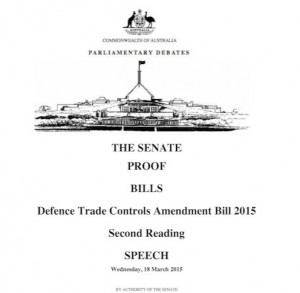 The DTCA Bill aims to control who can share what with whom in defence- and security-related research. It passed the Senate on 18 March 2015 , but with a rider clause that major penalties under the law would be suspended for 12 months during a “suck it and see” process.

“It’s highly unusual for the Australian Parliament to pass a law, but suspend the operation of part of it so as to find out what problems it causes,” Civil Liberties Australia’s President, Dr Kristine Klugman, said. “The government must know how bad the legislation potentially is to act in this way.”

The problems associated with the new research law are legislative overkill, kow-towing totally and without thought to US interests, and flagrant disregard for consultation by Australia’s Department of Defence. This third problem evinced severe castigation last month by an Australian Senator who once headed up a Defence research establishment.

Poor drafting of the law means academics in Australia face greater hurdles to publishing, cooperation and exchange of information than do counterparts in the US and UK, for example. They will need Department of Defence approval before they engage in many normal research activities, like collaboration, supervision of PhD students and other non-publication releases of information.

“It’s like one part of government is trying to build a three-lane research highway, but the Defence area of government is putting concrete barriers randomly every 100m along the lanes,” Dr Klugman said. “If it doesn’t stop progress entirely, it slows it to a crawl.”

The law in Australia has been broadened to cover “dual-use” technology, including:

Some categories have special case exclusions…but how do you know which, and when?

Also tucked away in the over-broad legislation is the fact that software for research in key areas is automatically covered. How would anyone know at what precise point utilising the partly-proscribed software, on some parts of some research, suddenly switches from being legal to illegal? Which bit tips you over the cliff?

Anyone working on non-defence-related research in these and similar fields in Australia is captive to the law’s excessive rules, regulations…and punishments.

These can be draconian. If a university academic shares an “inappropriate” email with a fellow academic overseas on dual-use research, the Australian faces a $400,000 fine, 10 years in jail and forfeiture of work. Meanwhile, in reverse, the overseas academic could communicate exactly the same information to an Australian researcher without fault or punishment. 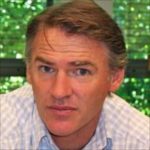 The McCarthyist intent may be honourable, but the delivery through this legislation is dangerous. It is jeopardising our commitment to a research sector in Australia that I would have thought is important to all of us in the many fields that we deal with in this chamber, from food and fibre production all the way through to the medical and health sciences. … why on earth are we therefore including a criminal offence for a researcher in that space?”
– Rob Oakeshott (photo), then independent MHR for Lyne NSW

It is easy to see why some researchers and academics believe the new law will force the best and the brightest to leave Australia. The law will also stop the brightest coming to Australia to do research: already one PhD student has consulted with his embassy here, and decided to undertake his research in the UK instead of Australia, academic sources say.

Links with China will be particularly scrutinised, just at a time when Australian universities are forming formal relationships with Chinese universities at an accelerating rate. There are academic and student swaps, joint research and collaborative writing of papers…all of which will now be under threat from the poor DTCA legislation and the uncertainty surrounding it.

Like with the TPP trade agreement, the new law stems from US hegemony.

When the Australia-United States Defence Trade Cooperation Treaty was signed in 2007, Australia was forced to succumb to the rules of the US International Traffic in Arms Regulation (ITAR). Hence, the new rule that intangible “supply” or “publication” (including email exchange) of technology listed on the Defence and Strategic Goods List would be a criminal offence, attracting the harsh penalties.

The US refuses to  supply Australia with “smart” (electronic) weapons and technology unless we are signed on to their system for trying to control intellectual developments in research. This is ironic, because the US system leaks like a sieve, and China is thought to know as much about US research as the Obama Administration does.  Edward Snowden – the man who leaked America’s innermost secret communications – was not an Australian.

Most of the people who could face huge fines and jail time under the DTCA have no idea the new law applies to them. Dual-use restrictions mean the new law affects researchers even if they have no relationship – and have never had a relationship – with the Department of Defence. 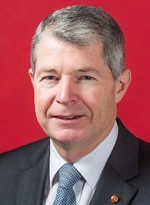 The third major criticism of the new law is that Defence virtually encouraged public ignorance of its  ramifications, and actively refused to engage in proper public consultation.

Speaking in Parliament as the Bill passed the Senate,  Senator David Fawcett (2, and photo), a Liberal from South Australia, former Army helicopter test pilot and commanding officer as a Lt-Colonel of the RAAF Aircraft Research and Development Unit, delivered a withering rebuke to his former alma mater in a speech pillorying Defence’s approach:

One of the things the committee found was that the consultations undertaken by the Department of Defence in this case were inadequate, and that would be understating the extent of the consultations. As someone who served for over 23 years in Defence, I am ashamed to have to tell this chamber that the consultation was inadequate.This lack shows that many in Defence are put into roles—they might be working with an industry sector or an academic sector that they have never been a part of—and sometimes their concept of what will have an impact is not informed by their own life experience; and that is why consultation is so important. Consultation is important not only to transmit information but also to provide real opportunities to listen and understand what the practical impact of measures that the parliament legislates may have on industry or on academia.”

According to some working in the field, lack of consultation is the least of Defence’s sins.

Brendan Jones, a longtime critic who used to run an Australian Defence-related research business but who now has emigrated his business because of these and other anti-inventiveness laws, says Australian industry’s concerns have been ignored.

“A very big problem with the DTCA is the lack of protection for commercial confidentiality. The Department of Defence has a history of stealing intellectual property, abusing inside information for commercial gain, and an ongoing corruption problem.

“They also have their own business enterprises (Defence actually bids for its own contracts!) and business partners.

“The DTCA ‘forces’ companies to reveal their intellectual property to Defence, with no protection against it being abused.

“The DTCA also imposes a considerable financial burden on businesses; even by Defence’s own rubbery numbers, compliance will cost your business $152,188 just for the first year,” Jones says.

(1)  The TPP is a trade treaty between 12 Pacific Rim nations, expected to be signed by the Australian government in 2015. The US Dept of Agriculture has estimated it will result in 00.00% benefit to Australia. Critics says it will raise prices on medicines, audio, video and streamed products and services, and be to the detriment of Australian copyright and intellectual property regimes.

(2)  Senator Fawcett is also chairman of the Defence sub-committee of the Joint Standing Committee on Foreign Affairs, Defence and Trade, and a member of the parent JSCFADT committee.