Australians need to be much more aware of their Constitution, which is well overdue for an overhaul, law academic Dr Bede Harris believes. 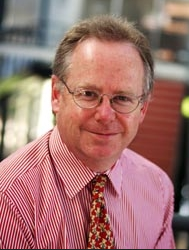 Dr Harris, from Charles Sturt Uni at Albury in NSW, has told the House of Reps inquiry into Constitutional reform and referendums that:

The last comprehensive examination of the Constitution was initiated in 1985 and none of (the recommendations) were implemented.

A 2015 survey found that only 65% of Australians knew that we have a constitution – fewer than in 1992. A 2018 survey by the Museum of Democracy and the Uni of Canberra found that, whereas 86% of respondents were satisfied with Australian democracy in 2007, satisfaction had dropped to 41% in 2018. The 2019 Australian Electoral Study by the ANU showed a decline in satisfaction with democracy from 86% to 59%.

NOTE: Information about the inquiry and its terms of reference is available at www.aph.gov.au/constitutionalreform. Public hearing details: Monday, 20 September 2021 Time: 9am to 12.45pm (Canberra time).Details on the Committee’s website here.

Year 7 students study ‘how ministers are subject to the scrutiny of other members of the parliament led by an officially recognised opposition,’ – but that statement presumes that ministers are indeed subject to scrutiny and does not question whether scrutiny is effective. Although the Year 8 curriculum examines whether the courts or parliament should resolve conflicts between rights, it does not discuss whether the range of rights protected by the constitution is adequate, which is the most obvious question pertinent to the (in)adequacy of protection of human rights in Australia.

The fact that the Constitution lacks a comprehensive Bill of Rights creates a vast imbalance in power between the individual and the state and also puts Australia in breach of its obligations under international human rights conventions.

Executive accountability to parliament is all but dead as a result of a combination of factors. Chief among these is the domination of politics by two blocs, Labor and Coalition, who, whatever their antagonism towards each other, collude in not using against each other parliament’s powers to compel members of the executive and public servants to give evidence before parliamentary committees.

In addition to this, parliamentary procedures do not permit individual members of committees to compel witnesses to attend and give evidence. Finally, even on the rare occasion when contempt proceedings are initiated, the rules of parliamentary privilege dictate that they be decided by members of the legislative chambers, inevitably along party lines, rather than being adjudicated by the courts. All these factors enable governments to defy parliamentary attempts to scrutinise their conduct.

The federal system, based on the happenstance of colonial boundaries rather than serving any objective need, is archaic, burdensome and purposeless.

If we were drafting a constitution from scratch, would we replicate the state boundaries that we have and if so, why? If the answer to this question is in the negative, why should we retain the states, as opposed to having a single, efficient national government, whose powers were constrained by a bill of rights and effective legislative scrutiny, with a single system of law but with local functions delegated to regional or local governments, whose responsibilities were adjusted flexibly to meet the exigencies of the time?

A decade worth of no progress on Indigenous rights

Despite more than 10 years of discussion, we have made no progress on the issue of the recognition in the Constitution of the rights of Indigenous peoples.

Significant aspects of constitutional law are governed by legally unenforceable conventions rather than by rules of law. The conventions ought to be codified.

The fact that the Constitution locates the source of executive power in an hereditary monarch of another country is incompatible with Australia’s identity and with the principle that in a democracy, people should be able to aspire to any office of state.

The current system of appointment of judges being under the sole control of the government needs to be reformed by the establishment in the Constitution of an independent body.

I would propose the following terms of reference for consulting the public and presenting recommendations for constitutional reform to the government:

– Bede Harris, Senior Lecturer in Law, Faculty of Business, Justice and Behavioural Studies, Charles Sturt University, Albury NSW 2640. A former member of CLA, he is author of this book:

You can read other submissions at: https://tinyurl.com/39ze2xrv