Our government is breaking international law. It is ‘refouling’ (sending back into probable persecution) Sri Lankan asylum claimants. Please stop, says Louis Coutts: not in my name.

Fast track to abusing the law

By Louis A. Coutts*

I studied law in the old days. “Them were the days…” as we are fond of saying.

Indeed they were because, in those days, we had to study jurisprudence. We had it emphasised  that in civilised society, the legal system has an immune system which makes it impervious to attacks that would lessen the civility of law. That immune system was called the “Rule of Law”.

They don’t teach jurisprudence these days: it is not coincidental that the immune system of the law has suffered irreversible damage. Our Australian legal  system should be in intensive care but it isn’t because even lawyers are unaware of the critical nature of the condition.

The post-world war 2 era, which emerged from a period of the most awful atrocities in human history, spawned a few statesmen who brought about the United Nations. The UN moved quickly to adopt treaties that enshrined the principles of the Rule of Law, such as the Universal Declaration of Human Rights. 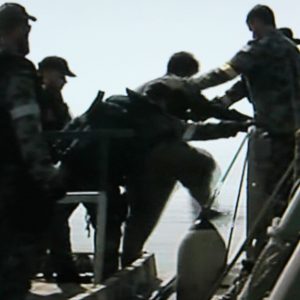 Fast forward to today when our own government thumbs its nose at the principles contained in international treaties which are intended to guarantee human rights, despite the fact that our own government was a signatory to those treaties.

There are 200 Sri Lankan Tamil asylum seekers transferred (or to be transferred) on the high seas from Australian to Sri Lankan control. Sri Lanka is a rogue state in the area of human rights and is recognised as such by our own government.

A previous editor of the only independent newspaper in Sri Lanka was assassinated by the Sri Lankan government having precisely predicted his own death. His successor sought asylum in Australia and was refused.

The Tamils have suffered horrific cruelty at the hands of the current government in Sri Lanka. That is not to overlook that the Tamil army, which has been exterminated, was also guilty of terrible atrocities.

There is a high likelihood that the two hundred asylum seekers who are currently being transferred to the Sri Lankan authorities will face persecution on their return to Sri Lanka.

For instance, there is a detailed process that has to be pursued before deciding that a refugee is not entitled to asylum. Until now, our government has insisted that it is a complex and time consuming process resulting in the imprisonment of asylum seekers for years in “indefinite detention”.

Amazingly, our government has invented a fast-track system for assessing asylum seekers, because it is reported that the current 200 Sri Lankan refugees were “processed” by mobile telephone contact with our Immigration officials while on the high seas and all (bar one) were found not to qualify for asylum.

So here we have a situation where suddenly our government has been able to shorten the process of evaluating an application for asylum from years to minutes. Not only that, this new speedy evaluation comes up with a statistically aberrant result in that 99.5% of the applicants fail to qualify for asylum. Why have we been wasting so much time over the years in locking people up indefinitely because of the complexity of processing their application when this fast-track system was available?

The answer of course is that it is all nonsense.

In fact, it is worse than that. What my government is now doing is an unimaginable abuse of international law and the Rule of Law. And the trouble is that no one cares, except perhaps for those who, in the old days, studied Jurisprudence and understood how important it is to maintain the health of the immune system of the law in a civilised society.

* Louis A Coutts, a lawyer and CLA member, is from Melbourne.