Skip to content
If legal, forensic and justice system reform is delayed, it will only lead to potentially much greater problems later, say the authors of a new book on Miscarriages of Justice.

Flood of reviews may be end result

If the current handful of cases being heard under South Australia’s newly legislated right of appeal lead to a flood of other reviews, further reforms to the legal system could well be needed, say the authors of a new book.

The authors of Miscarriages of Justice: Criminal Appeals and the Rule of Law in Australia, Flinders University law academic Ms Bibi Sangha and Dr Bob Moles, were strong advocates for the recently adopted legislation that created a new path for criminal review in SA. 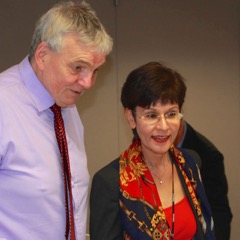 The law has just been ‘mirrored’ in Tasmania, in what is expected to be a ripple effect around the nation.  The Tasmanian initiative is the result of a partnership between Civil Liberties Australia and Dr Bob Moles’ Networked Knowledge.

Ms Sangha says that the legislation constitutes a major improvement to the fairness of the system,but in some jurisdictions there is evidence of multiple miscarriages of justice.

This could include South Australia, where the current application for leave to appeal in the case of Frits Van Beelen claims that, between 1972 and 1994, the Chief Forensic Pathologist in South Australia, Dr Colin Manock, was at all relevant times “unprofessional, incompetent, untrustworthy”.

According to the former Governor of Western Australia, Malcolm McCusker QC, who has written a review of the book, there is a possibility that as many as 400 South Australian criminal cases might require review.

Governments shy away from judicial review due to the cost and such appeals questioning the competency of police and other agencies, but the price of ignoring the issue or delaying action is even greater, the book argues.

Ms Sangha said that in several prominent international cases, governments or higher courts had persistently refused petitions to appeal against manifestly unsafe convictions. These include the so-called Birmingham Six and the Guildford Four In the UK, whom, it eventually emerged, had been imprisoned for a series of IRA bombings on the basis of manipulated evidence and perjury by police and expert witnesses.

Rather than sending questionable convictions directly back to the courts, Ms Sangha recommends South Australia should set up a criminal review commission to assess the merit of the appeals that are likely to flow if the forensic evidence in the Van Beelen case is ruled to be unreliable.

“We are saying there is a less expensive way of doing it – you don’t have to have every case coming before the court and tying up court resources. Instead, have a criminal review commission composed of independent experts to look at each case,” Ms Sangha says.

“And there may very well be cases where the commission may say that although the expert evidence was problematic, there was sufficient other evidence that would settle the test of guilt being proved beyond reasonable doubt. And that is fine, but at least the cases are being looked at.”

Ms Sangha and Dr Moles also say the qualifications and competency of expert witnesses need to be established by a court before any testimony is given to a jury, and that their opinions need to be tested through cross-examination. “They may have done a procedure many times, but they may have been doing it wrongly each time,” Ms Sangha says.

She says it also needs to be remembered that miscarriages of justice can cut both ways: “We are equally concerned that there also may be cases where unreliable forensic evidence has been given that has resulted in false acquittals”.

Miscarriages of Justice: Criminal Appeals and the Rule of Law in Australia is published by LexisNexis.