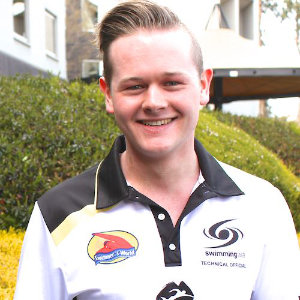 Australia’s former chief judge, Robert French, has found no systemic pattern of behaviour among universities to limit freedom of speech.

Education Minister Dan Tehan commissioned French in November 2018 to assess university policy and practices and to check whether they were living up mandated standards to “promote and protect freedom of expression and intellectual inquiry on Australian campuses”.

French gave the universities the benefit of the doubt. But his March 2019 report comprised a very legalistic analysis.

He paid most attention to the statutory framework surrounding the notion of freedom of speech, as well as academic freedom of expression more explicitly. Appropriately, he dwelled on the fact that laws affecting freedom of speech and expression are incredibly sophisticated, in that they require complex discussion of concepts over which many “reasonable minds may differ”.

Inappropriately though, he seemed to dismiss the issue on the basis that it is too complex and diverse, an approach that is completely detrimental to encouraging students and staff to speak up on controversial subjects on campus.

Internationally, a right to freedom of expression is established under ICCPR* Article 19.  That’s all very well, but where exactly do we draw the line between encroachment on the delicate sensibilities of individuals, and liberty from a practical point of view. University life has always generated an element of protest; there are student guilds that represent the student demographic to keep universities accountable in facilitating academic success through freedom of thought.

Tension is not new

The same tension existed from the very first. The Università degli studi di Bologna began in 1088 on the premise that the students had control of the university: their fees paid the staff.

In more recent decades, the delicate sensitivities of individuals attending universities appear to have an increasingly powerful influence over freedom of speech. The question arises as to whether we are becoming too sensitive, unable to view the perspective of another without feeling victimised.

In his report, French cites the fact that while universities may commit to a culture of freedom of speech and academic expression, they may not do so in practice. Consistent with the views expressed in the 2018 Joint Committee of Human Rights in the House of Commons and the House of Lords, codes on freedom of speech in universities are unnecessarily bureaucratic and complex, and impose a far too extravagant burden on the individual expressing their view.

A particularly interesting example is that of Bettina Arndt, by background a clinical psychologist. She has taken to campuses and forums across Australia to express her views on discrimination against men in society. Arndt’s arguments do not defy logic – if anything, they stimulate the forum of engaged and informed discussion of gender discrimination in society. But her lectures have come under great scrutiny – on one particular occasion discussed at a conference in Perth in early 2019, she spoke of how she risked having her event cancelled. The event eventually went ahead, but Arndt received a hefty invoice from the university for the cost of security at the event. The security was not needed.

Voltaire once noted: ‘I don’t agree with what you have to say, but I’ll defend to the death your right to say it.’

As the French report comments, there is an natural difficultly in defining what exactly constitutes intellectual rubbish, much in the same way there is a difficultly in defining what constitutes “harm”.  Forget utilitarianism: the fundamental nature of freedom of expression is essential to not only academic and intellectual responsibility, but the  freedom of and in society.

The French report proposed a number of recommendations that involve amending legislation. But, statutorily, freedom of speech in a university is a redundant concept: proper universities have only existed, since 1088, because they are places of freedom to explore ideas, test boundaries, provoke discussion and enlarge the minds of attendees and the societies in which they operate. There are few institutions so diversely opinionated.

While federal statutory reform is an option, universities have the option of moving now to adapt their policies and cement the principle of guaranteeing freedom of academic – and students. Current legislation leaves much to the interpretation of the individual university institutions. Each is within its right to interpret expression of freedom and degrees of intellectual inquiry as it determines. That should change so the focus is on culture within the institution.

The danger in following the mealy-mouthed French approach is imposition of a federal groupthink as a result of ignorance or of ignoring what the core function of university life is. Your right to express your opinions depend on other people having the right to express theirs, no matter how absurd the opinion of the other may seem today.

Remember Orwell’s warning: his book ‘1984’ was a manual for the future.

* Sam Coten is a studying Law at Murdoch Uni in Perth WA. As well as his work with CLA, he takes part in Murdoch’s ‘Law in the Community’ program and in 2018 spent three weeks at O.P Jindal Global University in their India Immersion Programme: An Introduction to Law Business and Society.  In his spare time he is an international level swimming judge, who spent late April 2019 officiating at the Arafura Games in Darwin.