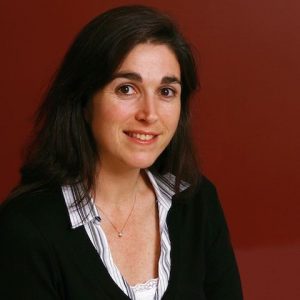 In the aftermath of Melbourne’s Bourke St tragedy, in which a driver ran amok in the CBD in January 2017, the Victorian Government announced changes to the state’s bail system along with a two-stage major review of Victoria’s bail laws.

The first tranche of reforms is due to begin on 1 July this year, with the second set of amendments still to be debated in the upper house of Parliament.

Opposition Leader Matthew Guy has continued to chastise Daniel Andrews for delaying commencement of the bail reforms, calling instead for them to begin at the end of March.

But the Premier is right to proceed cautiously with Labor’s bail reforms.

Like sentencing and parole, bail is an issue ripe for politicisation, and this election year is seeing a lot of strategic manoeuvring in the law-and-order wars.

Although remand has traditionally focused on eliminating the risk that the accused will abscond, changes to bail laws in recent years have seen a shift in focus from this purpose to the aim of preventing reoffending. Along the way, we have moved from a presumption for bail to a presumption against it. Prosecutors no longer have to argue why the accused should be held in custody; the alleged offender now has to prove why bail is justified.

Partly as a result, Australia’s unsentenced prisoner population has risen to unprecedented levels, with 32% of all prisoners now being unsentenced, compared with only 14% just 20 years ago. At a cost of almost $300 per prisoner per day, the financial burden of keeping more than 13,000 unsentenced people in prison is substantial.

There are obvious and significant justice and human rights concerns raised by a large population of unsentenced prisoners. Research has shown that around half of people held on remand will either be found not guilty or will be sentenced to time served on remand, meaning that they are released immediately.

Allegations of offending do not justify the forfeiture of human rights. The presumption of innocence is fundamental to our western criminal justice system; it sets us apart from totalitarian regimes that rely for their very existence on the repressive power of arbitrary detention.

Media have played their role

The media have played their role too, by targeting magistrates and bail justices who grant bail to alleged offenders who then commit further crimes. There have been calls for sacking bail decision makers who allow this to happen three times. One commentator even went so far as to suggest that they should face charges themselves!

Determining bail is difficult. The magistrate or bail justice is given little information on which to base a decision and only a few minutes to digest it. It is all too easy, with the benefit of hindsight, to criticise bail decisions that inadvertently lead to a heinous crime. However, such incidents are very uncommon.

It has been said that good policy is informed by the broad range of cases that come before our justice system, not by single or unusual cases. The reforms to bail that are underway in Victoria have been driven in response to a few horrifying but rare crimes. How far are we prepared to go in weakening the presumption of innocence, a foundation of our justice system, as we compel magistrates and bail justices to become ever more risk averse in their decisions?

Premier Andrews is right to be cautious of the excessive use of remand in custody. He is aware of the significant financial consequences of such an approach, as well as the ethical imperative that, for the overwhelming majority of accused, the fundamental presumption of innocence that lies at the heart of our legal system must not be compromised.

We need to exercise caution as we reform our bail laws in the wake of tragic cases. We must not allow the bail system to become yet one more pawn sacrificed in the strategic game that is the 2018 Victorian election.

Dr Karen Gelb is a consultant criminologist and a lecturer at the University of Melbourne, Department of Criminology. Her areas of expertise include courts, sentencing, public opinion, family violence, sex offenders and, most recently, remand. She spent eight years with the Victorian Sentencing Advisory Council, is the editor of a book on sentencing councils and sentencing policy and is the author of more than 30 major research reports and articles. She is passionate about the need for informed, evidence-based policy to underpin practice in the criminal justice arena.