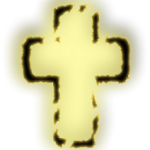 Speaking in tongues: can a group of islanders force a church to worship in their language, not English? No, says Federal Court judge Susan Kenny, shining divined light on right.

Halleluja! We have an explanation

God is reputed to speak in tongues…but not in Brisbane, and not in Samoan. There, English only rules, OK.

So the Mormon church dictated…back in 2007 and 2008, when they discontinued their Samoan churches around Brisbane, making them English-speaking. Piqued, Samoan worshippers and hymn singers asked the Federal Magistrates Court, as it was then called, to rule that discontinuing the Samoan services offended the Racial Discrimination Act.

A Federal Magistrate heard the case in January and March 2010…but took 2 years and 8 months, until 30 November 2012, to dismiss the claim, giving only relatively brief reasons.

Last month a bench of three Federal Court of Australia judges endorsed – and importantly, explained – the decision of the un-named magistrate in the long-running case. The Federal Court rejected the claim of the Samoans that their church  – the Church of Jesus Christ of Latter-Day Saints Australia, aka the Mormons – should be forced to run services in Samoan, not English.

It fell to judge Susan Kenny, herself connected to the Australian Catholic University, to tip-toe through the minefield of religious rights and liberties to explain more fully what the taciturn magistrate had intuited. She indicated that freedom of expression did not give some members of one language group the right to have church services exclusively in their language. Nor did the right to nationality bestow on them any right to be blessed as a linguistically-chosen people.

“None of the rights to freedom of religion or freedom of expression or right to nationality, as articulated by the appellants, protected the appellants’ ability to worship publicly as a group in the Samoan language in the respondent’s services.  No language or other right in article 27 of the ICCPR supplied this deficiency,” Judge Susan Kenny decided. She was backed up by her judicial colleagues, Andrew Greenwood and John Logan.

“The brief reasons for judgment delivered by the Federal Magistrate left much to be desired.  As stated, amongst other things, his Honour failed to consider the whole of the appellants’ claim.  The lengthy delay between the trial and the delivery of reasons may well have contributed to this omission and other deficiencies in his Honour’s reasons,” she said.

Mind you, the three federal appeal court judges heard the case in May 2013, and only handed down their decision in March 2014. Unreasonable delay in the Australian court system is endemic, at all levels: see the speech by High Court Chief Justice Robert French: https://www.cla.asn.au/News/high-court-cj-wants-court-time-metered/

The Samoan case:  Iliafi and 54 other appellants v The Chruch of Jesus Christ of Latter-Day Saints Australia (2014) FCACF 26   http://tinyurl.com/q6gfg85