The Chief Justice of Western Australia, Wayne Martin, has delivered another powerful speech calling for much more attention and help for Aborigines whose jailing rate “shocks the conscience”.

Providing assistance at the right time and place would go a long way to reducing the massive over-representation of Indigenous people in Australian jails, he suggested.

The jailing rate of Indigenous people was “Unequal Justice for Indigenous Australians”, as he titled his speech to the Criminal Lawyers Association of the Northern Territory at its biennial conference in Bali in June 2017.

“Tragically, (a) characteristic which Western Australia and the Territory share is our propensity for incarcerating the descendants of the original inhabitants of the land colonised by our forebears at a rate which shocks the conscience,” CJ Martin said.

He also explained the following graphs in this way:

During the March quarter of this year, on average 11,288 Aboriginal and Torres Strait Islander people were imprisoned each day. They accounted for 28% of the prison population, drawn from approximately 2% of the total Australian adult population. The number represented an increase of 5% over the quarter, and 7% over the year.

The increasing rate of Aboriginal imprisonment in Australia appears inexorable. The rate of increase over the last 2 years is depicted in the graph below: 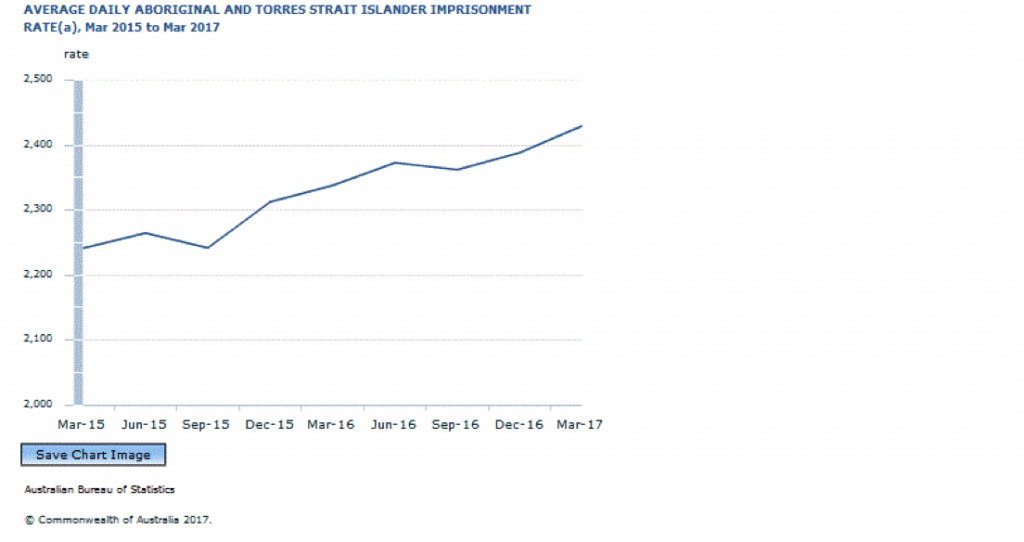 The national rate of Aboriginal imprisonment is now almost double what it was in 1991, when the Royal Commission into Aboriginal Deaths in Custody made more than 300 recommendations largely aimed at reducing the number of Aboriginal people in custody in this country.

PricewaterhouseCoopers (PwC) summarised this data in a recent report which contains the following chart: 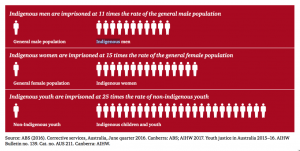 Calling for a radical overhaul of government approach to the problems of Indigenous people, he said the expensive way to treat the issue was in the courts and by locking up people in prisons costing $300 a day for each inmate.

He said the courts needed new laws to give them discretionary powers to order programs and help for Indigenous people, rather than ever-increasing jail sentences.

“I do not under-estimate the cost and difficulty of providing culturally relevant and appropriate support and services to Aboriginal people in remote parts of our vast continent, but unless we improve the provision of those services, the rate of Aboriginal imprisonment will continue to spiral ever upwards, and far too much of our resources will be spent imprisoning Aboriginal men, women and children rather than improving upon the dreadful conditions and circumstances in which too many Indigenous Australians live,” CJ Martin said.