Creating laws which fairly deal with protest and people’s right to privacy, particularly medical privacy, is complex, and nowhere more so than around abortion clinics. Here is CLA’s position. 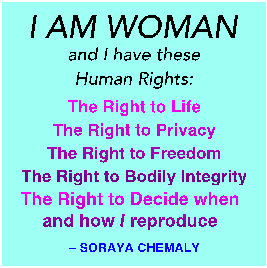 Abortion clinic ‘access zones’, ‘exclusion zones’ or ‘buffer’ and ‘bubble’ zones as they are also known in the USi, restrict certain behavior within a limited geographic space around health clinics that offer abortion services and/or staff and women who are approaching and entering those clinics.

Within an exclusion/access zone (typically 100-150m from a clinic)ii, certain forms of speech and contact are prohibited, including:

Since Tasmania introduced exclusion zones in the Reproductive Health (Access to Terminations) Act 2013 other States and Territories have begun to consider similar legislation. While CLA supported the introduction of access zones in Tasmania,iii we have reservations that the Tasmanian law – and proposed legislation in other jurisdictions – as it applies to protest, is not a proportionate response and restricts free speech inconsistently with the International Convention on Civil and Political Rights (ICCPR).

CLA and legal commentators are also concerned that these laws may not be ‘appropriate and adapted’ towards a legitimate aim and, therefore, conflict with the implied constitutional right of political communication.ivConsidering recent activity in this space in other jurisdictions, we are concerned that an overly restrictive model governing access zones is likely to be exported to other jurisdictions.

It is important to note that Article 5 of the ICCPR states: nothing in the present Covenant may be interpreted as implying for any State, group or person any right to engage in any activity or perform any act aimed at the destruction of any of the rights and freedoms recognized herein or at their limitation to a greater extent than is provided for in the present Covenant.

That is, the right to privacy and freedom of expression cannot be played against one another so as to destroy one or both rights. Ways to reconcile them must be found. That may mean accommodating some protest.

On the basis that protest is protest, whether or not a majority of society agrees with the content of that speech, CLA has been engaging with legislators to design nuanced approaches to exclusion zones. Currently, our position on these laws is as follows:

On this final point, we note that recent, draft legislation in the ACT takes this concern on board and, rather than setting a legislative exclusion zone size (of, for example, 100 or 150 meters) adopts a more nuanced approach where the Minister must set an exclusion zone, but the size of the zone is not legislatively pre-determined. CLA worked with the member responsible for this bill.

To ensure the law was effective, it could provide that the Minister/Director-General must make an exclusion zone:if employees of the Health Facility, or their union, request on the basis that there is a genuine safety risk; or

i In the US, buffer or bubble zone laws have been imposed by some States around clinics (‘fixed zones’) and staff, women seeking abortions and even cars driving women to the centre (‘floating zones’). US buffer zones are usually very small, varying from 2 metres for a ‘floating zone’ and 10 metres for a fixed zone. While small fixed buffer zones have generally survived constitutional challenge (Hill v. Colorado 530 U.S. 703 (2000) but see McCullen v. Coakley 573 U.S. ___ (2014)), floating zones have been held to impermissibly infringe the First Amendment of the US Constitution (Schenck v. Pro-Choice Network of Western New York 519 U.S. 357 (1997)).

iv Whether such laws are sufficiently inconsistent with the right to be valid is debatable: http://theconversation.com/tasmanian-ban-on-abortion-clinic-protests-may-not-be-constitutionally-valid-20650 but see http://theconversation.com/tasmanias-abortion-protest-law-is-probably-constitutionally-valid-20784. Given the High Court’s reluctance to support free speech in Australia – see, for example http://www.austlii.edu.au/au/cases/cth/HCA/2013/3.html – we do not expect the Tasmanian law to be struck down; however, that does not affect our view that the law as framed is a disproportionate response to protest.

v Some level of intention/recklessness should be required as we believe the general public has a right to photograph or record events (such as interactions with police) that occur in public areas. However, CLA consistently refers to the importance of medical privacy in its statements on, for example, CCTV systems.On this point, CLA also supports the introduction of a general Tort of Privacy that would be a non-criminal tool that could be deployed against individuals and religious organisations who engaged in or encouraged flagrant breaches of a person’s privacy.

vi Under the Tasmanian Act “a protest in relation to terminations that is able to be seen or heard by a person accessing, or attempting to access, premises at which terminations are provided” that occurs within an access zone is “prohibited behaviour” (s 9(1)) (emphasis added).

vii “Access zone” is simply defined by the Tasmanian Act as “an area within a radius of 150 metres from premises at which terminations are provided” (s9(1)). No exclusion is given to private property within an access zone.

viii While CLA does not endorse the modern use of such provisions, the system of ‘emergency authorisations’ granting police additional powers to search and detain people during public disturbances or events such as the G20 and APEC provides a model for defining the geographic and temporal limits of an exclusion zone: see, e.g., s 87F, Law Enforcement (Powers and Responsibilities) Act 2002 (NSW).