Al-Jazeera reporter Peter Greste’s return to Australia from jail in Egypt focuses attention on the alarming rise in deaths of journalists worldwide, as the numbers in jail also rise.

As Australian Peter Greste walks free, deported, from a seven-year jail term in Egypt, it is a reminder that about 225 journalists remain in jail worldwide, and journalists are increasingly being slain at an alarming rate (see box).

The December 2014 figures from the Committee to Protect Journalists (CPJ) show that journalist numbers in jail have risen dramatically since terrorism escalated in 2001 with the aircraft attacks on America. In 2000 year, just 81 journalists were in jail: at the start of 2015, that figure is up more than 270%, with more jailed in January.

China has 44 imprisoned, up 25% in the past year; there are also tougher new rules about reporting, particularly in the west of the country, where people are having to register when they buy a mobile phone or computer.

Iran holds 30 journalists in jail. Eritrea and Ethiopia – two decades ago the one country – have 23 and 17 respectively behind bars. There are 16 in prison in Vietnam, and Egypt holds 10, once Greste’s Canadian colleague is also free. Syria holds 12, Burma 12, Azerbaijan 9 and Turkey 7. Tiny Bahrain, historical a regular stopover point for Australian airline travellers, detains 6.

Surprisingly, there are 4 journalists in jail in each of Israel, including the Palestinian Territories, and Saudi Arabia. Uzbekistan also has 4, Bangladesh 3 and there are 2 journalists behind bars in each of Thailand, Cameroon and Somalia.

The type of person being locked up is changing, with internet bloggers comprising a sizeable proportion of the 225-odd in jail in February 2015. We think of the internet and bloggers as the province of young people – but in China one of those jailed is Lu Japing, a freelancer aged in his 70s and jailed in 2010. He is not due for release until 2019. 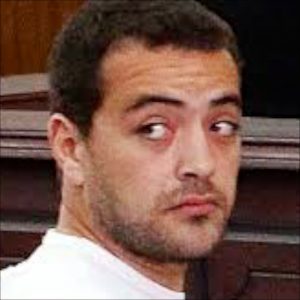 In Egypt, Baher Mohamed (photo), an Egyptian producer for Al-Jazeera, remains behind bars in Egypt because he cannot be deported elsewhere, like the Australian Greste and colleague, Mohamed Fadel Fahmy, who holds joint Canadian-Egyptian citizenship. Greste and Fahmy were each sentenced to seven years jail. Bayer Mohamed was given an extra three years, for a total of 10, for “possessing ammunition”. The three were arrested in December 2013, so they have been locked up more than 400 days for doing no more than reporting fairly and even-handedly.