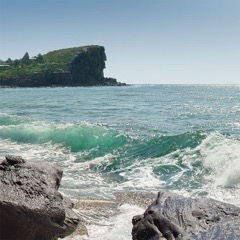 Why does a first-rate – in terms of bounty and beauty – nation like Australia have second-class liberties when it comes to police, privacy and the personal values we should cherish?

Re: Random breath testing and ‘cannabis swabbing’ in Australia

‘Australian law allow police officers to stop any driver and perform a random breath test (or swabbing) without reason.

‘Roadblocks can be set up, for example leading out of town centers on Friday and Saturday nights, and after football matches or other major events, where every single driver will be breath-tested.

‘This differs from UK and US laws, where police need a reason to suspect that a driver is intoxicated, before requesting a breath and/or sobriety test.’ (1)

These extracts above are from Wikipedia, the free encyclopedia – https://en.wikipedia.org/wiki/Drunk_driving_law_by_country#Australia  …so the whole western world knows what happens in Australia and looks on in disbelief.

In the UK and US (‘Mother Country’ and ‘Big Brother’ respectively) the rights of the individual and his private property are fully protected and police need to show probable cause before invading your personal privacy. The Brits’ and the civil liberties are rooted in the UK common law and Bill of Rights, and the US Constitution-Bill of Rights.

I’m embarrassed by the situation in Australia: What is wrong with us? Why have our public servants and politicians become so oppressive when they should be the complete opposite towards their own population? Answer: Because power corrupts and we let them….and it’s not getting better.

Any excuses our public servants have for their oppressive actions don’t stack up against the civil liberties of an entire “free” nation, against you and me and our Australia. There are no excuses for us – we need to implement an action plan:

* Stephen Fitzgerald is a member of Civil Liberties Australia, who lives on the coast and takes photos. With a coastline as beautiful as any other country, why don’t we have liberties and rights as ‘beautiful and bountiful’ as other countries, he asks?