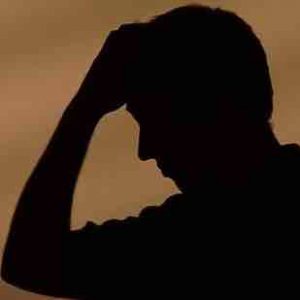 Matt Moulds led a troubled life. He spent most of his adult life in prison. He died on 28/05/ 2016, at age
39, ten months after serving a six- year sentence. His mother responds to commiserations…

Thank you for your words of comfort in our sad time.

Nothing has come out of the coroner’s or police investigations. All evidence has been either buried, erased or changed with time in the interests of self-interest of the bureaucracies involved.

In telling the sad story of my son Matt, I have had it in mind to choose insights that may be useful for others or to suggest future directions for troubled young males in our community. My considerations have been somewhat circular, and this is a much-truncated version of the thoughts that I have had.

The first thing about Matt that was different from his siblings was his very troubled entry into the world. His was an anterior delivery which resulted in being born with a bruised face and blue fingertips with instrument marks on his head. None of this has ever been investigated or taken into consideration, even though epidemiological studies show that babies from violent births have more chance of developing behavioural problems than the general population.

So I guess my advice for mothers to be would be not to let the medical profession put their baby through a hard time in an effort to be born.

His educational psych tests showed that while his verbal skills and block design was high, his ability to sequence was low: this trait seemed to show up in his inability to integrate consequences into an adaptive social modus operandi. For all his affectionate nature, charisma and good looks, he felt an inner lack which predisposed him to substance abuse.

‘Revolution rather than reform’

Once he was jailed, recidivism followed. I believe that had we been able to place Matt in a compulsory ‘Drying Out’ facility, we may have been able to avoid prison in the first place. Certainly in recent months, such a facility would have saved his life.

Over the years, we got to know well the spiral from hope, happiness and joy to mindless intoxication and despair. It was not particularly fast, but played out like a Greek tragedy and we had nowhere to turn. On one of his many favourable prison reports, he wrote: ‘Look Mum! I’m cured!’

In retrospect, I believe in prison revolution rather than reform. The prison system as it stands is so destructive of lives that, morally, we must look at alternatives such as compulsory drying out facilities, which should be seen at least as the lesser evil with a chance to keep the society safe, and protect the individual from irrevocable damage. It is not much to expect of a person whose life is out of control to at least sober up and take a rational view of their position.

Prisons are soul destroying places where people are stripped of their individuality, humanity, initiative and feeling of self- worth. It is interesting that they are wholly coercive places where every second of a person’s day is planned for them. Individuals are not allowed to possess so much as a poetry book of their own.

However, when it comes to the freedom to self- destruct in jail – such as smoking, dependence on prescription drugs, methadone, and sloth – there is a great deal of liberty. I believe that the reason for this is that this makes it easier and cheaper for the essentially self-serving “corrective” “services” organisation.

This is further illustrated by the way in which parents are barred from supplying their jailed adult offspring with worthwhile activities. Our last effort to supply Matthew with a self- instructive book on how to learn the piano, after he had shown a great deal of enthusiasm and found his way around the ‘controller’ of the music room at Karnet low security prison farm, was turned down. I was forced to cut the book up and post two pages at a time.

Lack of support upon release is another short- term cost-cutter. In the long run of course it costs many individuals their lives, families a great deal of pain and the society a lot of money as well as compromising their safety. The only compulsory courses are those that remind prisoners that they are worthless members of the society such as ‘alternatives to violence’.

Another three of his acquaintances have died this year. His good friend who spent all his time in prison on education, died earlier in the year. Following Matt’s death, the two people who were with him on his last night have also died; one in July, believed to be accidental, and one in early September, believed to be deliberate.

To lose a son is grief enough, but these subsequent events are horrific.

The events leading to Matthew’s death were suspicious from the outset but the police chose to look the other way. They took no action about the men involved in failing to assist Matt, providing him with dangerous prescription drugs and – we believe – forcing family information out of him so that a family credit card that had been stolen could be later accessed. By defrauding the credit card, they also had more money than is wise for the drug addicted. The drug spree, together with the disapproval they faced from Matt’s friends for abandoning him, may well have contributed to their own demise.

Had the police been less blasé about ’just another self-inflicted drug death’ and reacted quickly, I believe these other tragedies would have been avoided. Surely this sort of killing field is illustrative of the failure of drug laws and prisons to deal with what is happening in our society?

There seems to be two tenets of faith driving Corrective Services, both of which are false.

People who feel good about themselves don’t commit crime and they don’t abuse substances: prison should be about increasing self-worth, using models from the above-mentioned enterprises that would serve people better than just following the downward-spiral lead of other prisons over the centuries.

The only professional people involved in the justice system are psychologists. As a relatively young profession, they are either poor at it, or lack the resources to convert theory to effective social action. Self -esteem comes with the acquisition of measurable skills, knowledge or creative development. Psychology alone is not enough to make a real difference. It must be accompanied by education, training and creative development. Measurable achievements could be a required outcome of every prison sentence.

Can you imagine a medical doctor diagnosing a patient with diabetes and sitting back while they are sent to place where they will not be given appropriate treatment? Psychiatric reports are done frequently for the courts when there is no professional intention to provide appropriate treatment in prison. I believe that these reports are unethical in the medical sense, and immoral in the societal sense.

I get comfort from my family – we all loved Matthew. I am reading the more philosophical writers and the poets at this time…and hoping for a better life for the real underdogs of today’s society for whom very few people are prepared to speak publicly.