Governments, particularly the Commonwealth, have paid little attention over the past four decades to the important contribution to education and understanding in and of this country made by museums of all kinds.

Rather, they have tried to exercise control, particularly by imposing budget cuts – the infamous efficiency dividends which have slashed operational funds to 2008 levels – and through divide-and-control appointments to governing boards.

Our political masters ignore the enormous strides made by museums in improving their own effectiveness. And the short-on-vision, long-on-promises political class pay no attention to ideas, which are the coursing blood that enlivens all good museums. Ideas have no weight or heft in government political parlance around museums, because they don’t bring votes.

Once more, yet another apparently ignored report offers an opportunity to examine what might be achieved and what has been contributed by

museums over recent years. ‘Telling Australia’s Story – and why it’s important’ is an examination of the collecting institutions of Canberra, ACRT. The Joint Standing Committee on The National Capital and External Territories issued the report in April 2019.

Are these kinds of reports, and indeed the manner in which ministerial responsibility is exercised, themselves effective? Most parliamentary inquiries respond to suggestions by the institutions under review, but pay little attention to what has gone before. In the case of this latest report, the progenitor was a report of international significance.

One of the many inquiries which the Whitlam Government commissioned in the 1970s examined what was going on in museums throughout Australia and also at some overseas, including the Smithsonian Institution. It analyse the purpose of museums and how to meet future challenges in a way that was both uncompromising and exciting. The committee comprised experts, including people outside the system. The report, Museums in Australia 1975, is often referred to as the Pigott Report after its chairman, Peter Pigott AM.

The Pigott Report noted serious problems in many museums around the collections and their conservation, and much else besides. It recommended establishing a Museums Commission to advance museums nationally, as well as a National Museum and a Museum of Aboriginal Australia. The National Museum emerged 25 years later; the rest fell by the wayside. In essence Pigott’s world-leading report has been ignored!

The report had an extraordinary statement of purpose for museums. No-one before or since has said this kind of thing. Museums should:

To many, especially young children, curiosity absolutely encapsulates the dynamic experience of a museum visit, rushing in wonder from one fascinating exhibition to another. And it suggests something very important, that when people are enjoying themselves, they are learning. The last statement captures the excitement of personal discovery.

Substantial progress has been made by museums of all kinds in the past 45 years, especially in access to collections through digitisation. Many outstanding exhibitions have enriched lives. Understanding the nature of learning in the museum environment has been advanced. Communities, notably First Nations people, have become more involved.

The Pigott Report did say, without scholarship a museum “becomes a huckster’s market”. In art museums, understanding and supporting art and art practice – including programs for very young children – has advanced.

In the 1990s museums, supported by cultural ministers, came together and part-funded a set of inquiries into a number of important advances at a national level including conservation and digital futures. In the early 2000s the Commonwealth government closed it down!

The 2019 ‘Telling Australia’s Story’ (TASty) report on affords an opportunity to question how governments and parliaments exercise their oversight responsibility. A total of 16 institutions, including the National Film and Sound Archive and the Botanic Gardens, were reviewed.

The report strongly pointed out the accountability of the institutions to government and the parliament. What it didn’t stress so well is that the parliament is of course accountable to the community.

The report noted, “A strong and vibrant collection of national institutions is critically important for the continued success of our democracy and nation. Canberra is the heart of the nation, and home to some of its most iconic national institutions. These institutions tell our Australian story. It is essential that we understand that story, learn from it and use it to build confidence and pride for the present and future.”

But the TASty report expressed concern “that our institutions are not working together to communicate the shared importance of their telling of our national story. They should understand themselves not as a set of separate and competing entities, but as a cohesive whole, with the core objective of connecting Australians to their national story.”

In other words, they aren’t doing their job well enough. Specifically, they “struggled to take the further step of articulating clearly how their work provided a direct benefit to the people of Australia, beyond the metrics of visitor numbers and economic gains.”

Consider some of the recommendations. Shared narratives and values, collective branding and marketing, exploring efficiencies and sharing advocacy, auditing the collecting function and accounting for whole-of-life costs of collections and acquisitions, shared collection storage, and developing a strategic approach to buildings and facilities management by government. The report recommended engagement in science and digitisation of audio-visual collections.

It also called for greater effort to attract audiences including “new migrants” and First Nations people, and visits by schools. The Parliament and Civics Education Rebate program could assist such visits, it said.

But the report did not explore the learning effectiveness of these visits as groups are rushed from one venue to the next!

Executive Director of Australian Museums and Galleries Association (AMaGA) Alex Marsden pointed out that these institutions “operate within an ecosystem of interconnections nation-wide as well as globally … The diminished level of support for national institutions over the past decade, combined with a generally piecemeal and under-funded approach in most states and territories to their own cultural institutions and activities, means that the Australian cultural sector is struggling to meet challenges, collaborate, thrive, and reach its full potential.”[1]

There is an important reference here: the fact that important institutions and highly qualified persons exist in the States is ignored in much of manner in which the Commonwealth government conducts its business!

The TASty report recommends reviewing efficiency dividends. But the past, decades-long impact of this destructive process is not acknowledged!

The budget for the National Gallery of Australia in 2019 was the same in real terms as it was in 2008! Similar drastic budget impacts are evident across all the institutions. The latest news, in mid-2020, is that the NGA plans to cut 12% of staff. In an utterly heartless comment, the federal minister, when asked about the financial state of the national institutions, replied: “It’s always up to the national museums to find greater efficiencies.”

…but never up to federal politicians to rein in their expenses or salaries, even as they deny people in the arts the benefits of emergency virus income support. Tradies get bought, artists get nought.

Equally, the ABC is being slowly starved to death. Managing director David Anderson said recently: “In 2018/19, expenditure on the ABC represented around 0.2% of all commonwealth government spending,” Anderson told the National Press Club. “In the mid-1990s the level was around 0.4% – twice as much proportionally as today.”

The Guardian reported that, in May 2020, a Per Capita report found that the ABC had lost $783m in funding since the Coalition came to power. According to the budget papers, the government saved $84m on ABC funding between 2019 and 2022.

The relentless imposition of this culturally-blind, political parsimony over four decades has steadily reduced the resources, staffing and programs of museums. arts bodies and the cultural core entities of Australia until they have needed to cut into the very bones of their existence and performance. The damage has been consistently highlighted, including in 2005 in a review of orchestras! Result? Nothing!

Museums are complex organisations of highly qualified professionals operating across a diversity of disciplines and dealing with complex issues, not least the nature of learning in the museum environment and the nature of truth, especially historical truth. The approach which governments and parliamentary committees have adopted seldom show any indication that they understand that. Why not acknowledge the successes and achievements!

There are statements in this report, especially concerning the Museum of Australian Democracy, which suggest that museums should have a role verging on propaganda. The “history wars” rage still: consider the First Nations’ self-determination which is ongoing, and the very recent but worldwide Black Lives Matter (BLM) movements!

The central misconception of these reviews, and much of attempted ministerial control, is that issuing recommendations, or cutting budgets to impose efficiency, or seeking greater coordination, will not result in meaningful positive change. Similarly, appointing certain people to the boards of institutions in the belief that they will convince the museum to pursue a certain political line is detrimental to their proper functioning.

Successful organisations focus on intense training and development to engage with problems through a clear understanding of major goals and purpose, the reason for their existence and indeed who is intended to benefit.

Moreover, through numerous conversations clarifying these issues, they traverse responses to possible challenges, including emerging trends. People achieve through that a feeling of having a high level of control over their own future, not by being commandeered and commanded.

What would likely make a difference is intelligent and informed engagement with boards and executives in a non-threatening environment about their views of best practice, including especially in leadership and governance. Politicians should hear the museums’ ideas for achieving above average performance, understanding issues of communication and challenges: they should be courageous enough to listen to the inevitable claims for extra funding without branding them ahead of time as somehow immoral.

Huge damage can be done when people who know nothing of the institution’s goals and values or how to work together are appointed to boards and when people are appointed to executive positions to “shake up” the place. Effective leadership requires both domain knowledge and superior communication skills.

People learn and come to accept change, even if in only linear improvement through conversations. Though process can often be seen as bureaucratic, it is the only way anything really happens. Learning is achieved by conversations, by “accountable talk”, as one wonderful education researcher said. And change takes time, much more time than the average two-and-a-half years of a parliamentary term.

This contention of how to get the best out of museums and their people is not mollycoddling but the findings of substantial research about leadership and organisational dynamics. Many boards, including in business, focus on money and have difficulty understanding their real business and what’s happening in the industry, now and potentially. Many business executives have trouble conceptualising qualitative goals. The same is true of museum boards…but particularly true of ministers.

It isn’t that the institutions should be free of external review. The question, and the opportunity, is what might be most productive to review, to plan for, to prioritise and to implement given access to appropriate funding to undertake the agreed needs and desires.

Museums and libraries pursue an extraordinarily important role in and for society. They deserve the best. The TASty committee acknowledged that.

However, parliaments and governments just go about their role in an unproductive manner: the latest contribution was unfortunately another muddle-headed approach to unlocking better, broader and greater ideas across our past, present and future. 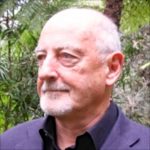 * Dr Des Griffin AM is a Fellow of the Royal Society of NSW and was for 22 years Director of The Australian Museum, as well being the inaugural President of Museums Australia. He is an international expert in management, leadership and policy in museums and the return of cultural property. His book, Education Reform: the Unwinding of Intelligence and Creativity, was published in 2014 by Springer: http://tinyurl.com/n9tucjsn He is a member of CLA.