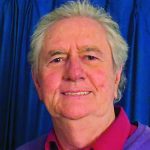 Prisoners should undergo health, mental health and education level checks on entry for baseline measurements to check how rehabilitated they are when eventually released, Civil Liberties Australia proposes.

“Prisons are meant to be all about rehabilitation,” CLA president Dr Kristine Klugman said.

“But nobody knows whether prisons improve people’s health and prospects, or just park prisoners in a netherworld where they go downhill while in jail, which ensures that half of them return to prison within two years of being released,” she said.

“At $107,000 a year for each prisoner, or about $300 a day each, taxpayers are forking out an awful lot to get no return on their investment. That’s more per person than it costs someone to stay at a luxury hotel for a year.

“We must find circuit breakers to eliminate the cycle of senselessness which is the life of the rapidly growing prison underclass developing in Australia. Many more women and Indigenous people are being added to its numbers every year,” she said.

Crime down, but number of prisoners way up

The QPC is analysing the state’s current and projected prisons on a cost and effectiveness basis.

“The QPC says the state will have to build about 5200 new prison cells in the next five years to cope with the rising rates of jailing people. It will cost the state about $6 billion.

“The same dilemma to the same proportions is facing every state and territory in Australia,” she said. “Prisons and prisoners are Australia’s major growth industry.

“Approaching the prisons problem from a financial viewpoint is a credit to the Queensland government,”Dr Klugman said.

“When taxpayers realise how much prisons and prisoners are costing them, the clamour of ‘law and order’ election campaigns will disappear.

“It’s plain dumb for politicians to want more people in jail: the fewer in jail, the better for the community, so the politicians have to find solutions to reduce the financial burden on citizens, not glib new ways of sending taxes up.

“It will become a mark of irresponsibility for a candidate or party leader to bleat about new ‘law and order’ legislation when there are already thousands of existing laws and regulations putting too many people behind bars at too great a cost, which is rapidly rising, to society.

“As a by product of the changes we propose, society will end up with more humane prisons which potentially improve the future lives of prisoners, benefiting them and keeping them out of jail.

“There’s no reason why the vast majority of prisoners can’t learn new skills while assisting the community as they learn.”

Note: The QPC inquiry Is due to hand down its report in August 2019.

* Bill Rowlings has been CEO of Civil Liberties Australia since 2003. He has written extensively on prison problems and reform over that period.