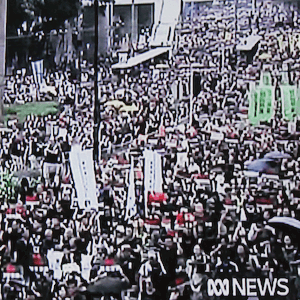 The recent demonstrations in Hong Kong, where millions have taken to the streets to protest against their government’s proposed extradition bill, underline the importance of the rule of law as the defining political value of our time.

What distinguishes tolerable from intolerable government is not democracy or social justice but the rule of law, understood as the subordination of governments to laws and the protection of civil liberties.

Five years ago, as part of the “umbrella movement”, up to 100,000 Hong Kong people demonstrated against proposed threats to their democratic voting rights. This time, however, much more than 10 times that number marched to defend themselves from what amounted to arbitrary arrest and extradition to mainland China.

For the mass of ordinary citizens, living under a government that respects the laws and the personal freedom of its citizens is essential. By contrast, the opportunity to help choose one’s government and its policy direction is more of a valuable extra – desirable but not indispensable.

This priority of legality for good government is deeply embedded in the European intellectual tradition. Western political theory began in ancient Greece with the question of which was the best form of government: the rule of one person, a few or the many (within a society, it must be added, that excluded women and slaves from any consideration).

The earliest answer, developed by philosophers Plato and Aristotle, was that the number of people in power was less important than whether they ruled in accordance with law rather than by unaccountable decree. In theory, the very best regime was one governed by a perfectly wise and virtuous philosopher-ruler.

But this was an unrealistic pipe dream, a limiting case to underscore the need in the everyday world for laws to control the selfish instincts of humans, particularly those entrusted with power.

Laws, being general in form, might be blunt and occasionally deliver bad decisions in particular cases. But they were much superior to the alternative of allowing those in power to decide for themselves. On this view, a dictator who submitted to the law was always preferable to, say, an oligarchy or democracy that ruled by arbitrary decree.

The importance of legal limits to executive power is a key theme of the English constitution’s long history, beginning with Magna Carta and climaxing in the revolution of the 17th century, from which emerged the principles of constitutionally-limited monarchy, the supremacy of parliament and the protection of individual civil liberties. The United States’ founding fathers followed in similar footsteps, crafting a constitution that carefully separated and balanced the elements of government to avoid the traditional bugbear of lawless tyranny, whether of the president or the people.

This was the foundation on which modern democracy, based on universal adult suffrage, developed in the 19th and 20th centuries. Democracy’s heyday came in the period immediately after World War II, when the victorious democratic powers enshrined it as the core principle of the United Nations and as the system of government to which all were expected to aspire.

More recently, however, the shine has been coming off democracy, as so many supposedly democratically-elected governments lapsed into illegality, corruption and despotism. It’s increasingly clear that the minority of genuine democracies, mostly European in origin, succeed only because they are grounded in the rule of law, with independent and effective legal systems protecting the rights of citizens and curbing the excesses of executive power. 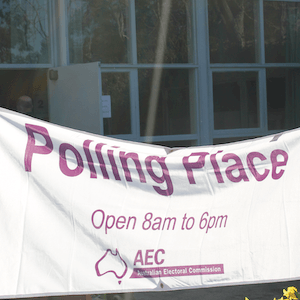 Elections on their own achieve little. The wisdom of the ancients, temporarily forgotten, is resurfacing: who governs and how they are chosen is of secondary importance. The key is whether they are constrained by law.

Whether it’s the rights of dual Australian-Chinese citizens, or rights to free speech on university campuses, lines must be drawn in the sand.

For Australians, facing a long adjustment to growing Chinese hegemony, the Hong Kong demonstrations are a timely warning that the flashpoints where our political values are most at risk will concern issues of civil liberties and due legal process.

Whether it’s the rights of dual Australian and Chinese citizens, or rights to free speech on university campuses, lines need to be drawn in the sand and strictly adhered to. Resistance will not be cost-free and vested interests will squeal. But at stake is our core values as a nation.

Meanwhile, the principle that democratic elections are no guarantee of lawful government is playing out in the United States, where Donald Trump, a democratically-elected president, shows extreme contempt for the legal constraints on his office.

Fortified by his adoring fans’ continuing support, Trump sees no reason why he should be prevented from doing whatever he wants. Internationally, Trump has become the standard-bearer of conservative populism, in which right-wing nationalists drum up ethnic tribalism in response to the growing number of migrants and refugees.

Fortunately, Trump is up against the US constitution, the epitome of the rule of law, which was explicitly designed to curb the excesses of tyranny. He may cause temporary mayhem at home, but the constitution, so firmly entrenched in American political culture, will surely prevail in the end.

Other regimes, facing similar pressures, might not be so resilient. For instance, some European democracies where the rule of law is less entrenched are sliding into despotism. Moreover, international agreements, unprotected by coercive legal institutions, are more vulnerable to Trump’s wrecking ball.

Australia is not immune

Australia is not immune from these trends. We have our own ethnic tribalists in public life – politicians such as Pauline Hanson and Peter Dutton – playing on people’s understandable fears of uncontrolled migration.

Moreover, governments from both sides of politics happily infringe on civil liberties in the name of national security and anti-terrorism. Public servants in areas such as intelligence and border control are encouraged to compromise their professional commitment to legality and due process. The federal police have taken to reaching their own unaccountable judgments about the national interest – for example, in deciding which journalists to intimidate.

“It never troubles me that our laws are being upheld,” was Prime Minister Scott Morrison’s initial response to news of the federal police raid on a News Corp journalist’s home. A typically insouciant reply from our cleverly-confected, super-casual leader. Morrison was sufficiently in tune with public sentiment to know that legality in government, including the police, would be instantly recognised as a virtue.

But the situation is not that simple.

In their detailed application, principles of legality and the rule of law are often complex and contested. For instance, both News Corp and the ABC are taking the federal police to court, claiming the invasion of their journalists’ homes and the seizure of documents were illegal and contrary to the rule of law. They will argue that the police’s actions contravened the constitution’s implied right of political communication.

In such cases, it may be premature to assume, as Morrison did, that “the laws [were] being upheld”. More broadly, the rule of law, as a general principle, can be ambiguous in effect.

Governments wanting to curtail citizens’ legal rights can cast such restrictions in the form of laws and gain the legislature’s endorsement. For example, some of the recently passed anti-terror laws, though legal in form, arguably contravene deeper values of lawful government. Much depends on how far such legislative incursions into civil liberties and legal rights are prevented constitutionally.

The English constitutional tradition, in contrast to the US, tends to rely on the legal supremacy of parliament, which can amend at will the liberties defined in the common law. The good sense of the people mediated through elected legislators, so the argument has gone, is a surer ultimate protection for citizens’ liberties than the rigid and unaccountable decisions of judges.

The argument has lost ground in recent decades as Westminster-based regimes turn increasingly to legislated bills of rights in various forms.

With the rise of populist nationalism and with politicians seeking to exploit voters’ ethnic anxieties, the case for greater constitutional limits on executive and parliamentary power is becoming steadily stronger.

As the ancient philosophers recognised, making rulers submit to laws would always produce some awkward results in particular cases. But such rough justice was much better than giving carte blanche to politicians, particularly when they had the winds of public prejudice at their backs.

This article appeared first in the Public Sector Informant, an ‘insert’ in the Canberra Times, on 2 July 2019. https://www.canberratimes.com.au/story/6244881/rule-of-law-first-democracy-second-if-needed/ (NB: digital subscription required)