A 20-year-old murder case which produced new appeal laws finally gets back in court this month, when Henry Keogh gets a new chance for freedom.

The case of Henry Keogh finally gets back into court after 19 years on Monday 22 September in Adelaide. 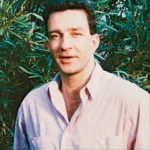 Keogh (pictured 20 years ago) has been in jail for nearly two decades, convicted on forensic pathology “evidence” discredited by tribunal and medical inquiries over the past decade but, until now, unable to be re-examined before a court of law.

Aspects of the forensic “science” have also been disowned by the state pathologist who gave evidence in the original trial.

A long campaign by legal academic Dr Bob Moles resulted in the South Australia government passing a new ‘Right to Appeal’ law in mid-2013 to cater for miscarriage of justice cases like that of Keogh, where traditional appeal rights had been exhausted. (Tasmania has just indicated it will introduce a similar law in 2015, after Civil Liberties Australia lobbying).

Keogh was jailed for 26 years in 1995 for killing his fiancee, soon-to-be wife, Anna-Jane Cheney, by allegedly holding her head under a small volume of water in a bath tub. Forensic evidence was given that the corpse showed thumb marks, which were not evident in photos to other people; the body was cremated before an independent examiner could be called in.

Other medical evidence, discredited in the original trial to Keogh’s detriment, indicated Cheney may have drowned following anaphylactic shock.