From now, women can rank above their brothers to rule over England…and hold sway over Australia. But, of course, they must be Protestant not Catholic (or Hindu) women.

A small blow was struck for women in March 2015.

At 11am on Thursday 26 March 2015, laws came into effect across the Queen’s Realms to change the rules of succession to the throne, with retrospective application back to 2011. Males are no longer favoured over females, so that an older sister will become sovereign ahead of her younger brother.

In a further blow to long-entrenched discrimination, a person will not lose his or her right to succession to the throne for marrying a Catholic. 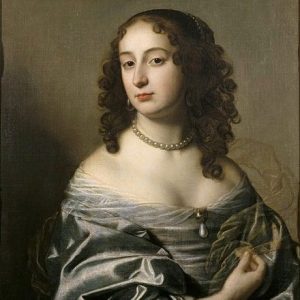 This does not remove all discriminatory aspects of the rules of succession. Family and religion still play a critical role. A person can only be sovereign if he or she is a Protestant who is “in communion” with the Church of England, and can only inherit the throne if he or she is descended from Sophia, Electress of Hanover. That rules out most of us.

Most people probably thought that these changes were done and dusted after agreement was reached in Perth in 2011 to implement them. However, 16 realms have Queen Elizabeth II as their head of state. In addition to the United Kingdom, they include Australia, New Zealand and Canada, as well as a number of Caribbean and South Pacific countries.

Since 2011, a mammoth effort has been undertaken to ensure the rules of succession will be the same in each of these realms, so that in future the Crown remains held by the same monarch. Australia was the last realm to complete its legislation. As a consequence, on March 26 the changes to succession to the Crown across all the realms came into effect simultaneously at 11am Australian Eastern Daylight Time.

Changing the rules, realm by realm

In some of the realms, no action was needed. For example, the constitution of Tuvalu states that Queen Elizabeth II:

… having at the request of the people of Tuvalu graciously consented, is the Sovereign of Tuvalu and, in accordance with this Constitution, Head of State.

This vests the queen’s sovereignty in the choice of the people, rather than inheritance, colonial rule or “the grace of God”.

However, for the future, the constitution vests the power to make laws about succession to the Tuvaluan Crown in the Parliament of Tuvalu, but says that, in the meantime, whoever is the monarch of the United Kingdom is sovereign of Tuvalu. Having not legislated on the subject, the parliament has left this for the British to determine.

Other countries, such as Australia, Barbados, Canada, New Zealand, St Kitts and Nevis, St Lucia, and St Vincent and the Grenadines, have passed legislation to give effect to the changes. The process was more difficult in Australia and Canada as they are both federations with entrenched constitutions.

Canada courted controversy by ignoring its provinces and seeking to avoid amending its constitution by asserting that whoever is queen of the United Kingdom is automatically queen of Canada. This has, unsurprisingly, led to litigation and the possibility that the Canadian laws of succession will be out of kilter with those of other realms.

Australia took the more cautious approach of consulting the states and co-operating with them to achieve a constitutionally effective change. It used a fairly obscure constitutional provision, which allows the Commonwealth to legislate, at the request of all the states directly concerned, to do something that only the UK Parliament could have done at federation (that is, change the rules of succession to the throne).

Over the past two years, each state has enacted its own legislation, requesting the Commonwealth to enact the law to implement these changes. Western Australia was the last state to pass its request Act earlier this year and the Commonwealth has now passed its law. All of these laws are being brought into effect simultaneously across the realms.

The exercise highlighted the relics of British law that remain part of Australian law. For example, the New South Wales request legislation gave effect to amendments to the Treason Act of 1351, which still applies as part of NSW law. Under that law, it is treason to “compass or imagine” the death of the king or his queen or their eldest son and heir, or to violate the queen or the eldest daughter of the king if she is unmarried.

One of the few consequences of substance of this exercise in changing the rules of succession to the Crown is its effect upon marriages. Under the Royal Marriages Act 1772, the descendants of George II who failed to obtain the monarch’s permission prior to marrying had their marriage declared void.

This potentially applies now to many people, probably including some Australians, who have no idea that they need the monarch’s permission before they can marry. That Act has now been repealed and any marriages that would otherwise have been invalid for lack of royal permission will be validated. We can now all breathe easier.

Anne Twomey is Professor of Constitutional Law at University of Sydney . This article appeared first @ The Conversation