In a moment of absolutely gob-smacking* hypocrisy, the chair and deputy chair of federal parliament’s spook committee are claiming “the ability to report freely and fairly on national security is a vital part of our democracy”.

This is the committee that has done more than any other to restrict Australia’s free speech, transparency and civil liberties by passing massive tranches of terror laws and associated legislation over two decades, turning Australia into more of a police state in recent years than ever previously in its history.

They have waved through the right of police to hold people incommunicado, imposed restrictive laws against reporting on ASIO, and helped made it open slather for troops to occupy the streets, demand ID and shoot to kill with impunity from prosecution.

Their hypocrisy extends to the famed “on water” matters, under which nothing can be reported of what Border Force is doing in the Indian Ocean and Timor Sea in relation to refugee claimants and boats. Not a word of criticism has emanated from the spook committee about “how vital” it is to report “freely and fairly” on boat and refugee national security.

Apparently the current committee chair, the Liberal Andrew Hastie, and the long-time member, now deputy, Labor’s Anthony Byrne, have forgotten what legislation their committee has passed over the years.

For example, in regards to ASIO, Section 35P can send any investigative journalist, or anyone, to jail for 5 years if you report anything at all about a special ASIO intelligence operation. Or 10 years, if ASIO decides your reporting might prejudice a special operation. The matters would have to be heard in a secret trial…because it’s ASIO, right?

ASIO Act, 34ZS: lawyers can’t disclose any information about warrants issued to ASIO, even two years after the warrant has ceased to have effect: penalty 2 to 5 years jail. That is, the Hastie/Byrne “freely and fairly” reporting doesn’t even extend to the issuing of a warrant, usually considered a public document.

Then there’s ASIO ACT s92: you go to jail for a year for even identifying an ASIO operative or even one who has been retired from ASIO for 25 years.

There’s no time limit, by the way on most if not all the ASIO Act,  so you can run foul of the law 50 years after ASIO’s “special intelligence operation” has taken place, even if you find out it was a catastrophe that has killed people willy-nilly and/or ruined Australia’s international reputation. ASIO Act http://tinyurl.com/yxus29fd

East Timor cabinet bugging, anyone? By ASIO or ASIS, take your pick. Former spook Witness K and lawyer Bernard Collaery are undergoing secret prosecution in that matter right now. So much for free and fair reporting on national security – that’s a trial being which the government is demanding be held in secret, just in case these two new-found defenders of communication freedom “freely and fairly for our democracy” hadn’t noticed.

* “gob-smacking”, an Americanism, is consciously chosen in relation to the activities of Hastie/Byrne. 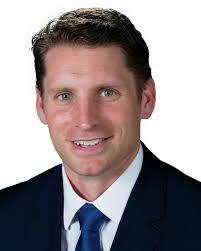 In making the outrageous statement, Hastie (above) and Byrne (below), who together manage and control the agenda of the Parliamentary Joint Committee on Intelligence and Security as chair and deputy chair, were commenting on the judgement – http://tinyurl.com/y6kb2qvy – last month in the defamation case brought by Chau Chak Wing against Fairfax over an article by John Garnault.

Judge Michael Wigney of the Federal Court in mid-February ruled Fairfax Media had defamed Chau and awarded thim $280,000 damages. The ruling was over a 2015 Fairfax article by former Asia-Pacific editor, John Garnaut, which suggested Chau had bribed a former UN president. Fairfax have said they will appeal.

“Generally speaking, we are concerned about the impact that defamation laws in Australia are having on responsible journalism that informs Australians about important national security issues.”

Hastie said: “The ability to report freely and fairly on national security is a vital part of our democracy. Australia’s democratic institutions – including our free media – must be protected. We take this responsibility very seriously and will continue to work as a committee to uphold Australian sovereignty and interests.” – joint release, chair and deputy chair PJCIS 22 Feb 2019 3.06pm AEST 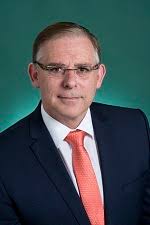 What he really means is that the spook committee prefers open slather on any reporting that appears to put a question mark over a Chinese representative or what the Chinese government is doing. In fact, Hastie has stood in parliament, with Byrne one of the few people there to watch and support him, and parroted the US intelligence agency mantra about “nasty China” and “nasty Chinese companies”.

Hastie used parliamentary privilege to speak specifically about Chau while the defamation case was under way.

“My concern is that defamation cases can have a chilling effect on our free press,” he told Chris Uhlmann, then Fairfax (now 9 News) political editor. “Any attempt to silence our media from telling the truth – provided it is the truth – through a defamation claim cannot stand.” http://tinyurl.com/y8vyy96b

The Federal Court award of damages plasters egg all over Hastie’s face. Hence the swift, joint, media release riposte trying to claim the high ground that was lost by the earlier personal attack on Chau in parliament.

Uhlmann’s article also noted that the PJCIS – the spook committee – that Mr Hastie chairs was, at the time, reviewing the then-Turnbull Government’s proposed laws on foreign interference. “The legislation has been roundly criticised as being badly drafted and too sweeping by a broad coalition of business, media and academic groups,” Uhlmann said.

“Too sweeping and badly drafted” is an excellent description of most of the spook committee’s output, from the viewpoint of liberties and rights and “the ability to report freely and fairly on national security (as) a vital part of our democracy”.

How far did the spook committee want to go?

“I was present at a meeting of the spook committee when one of its then-members, Phillip Ruddock, suggested journalists could be required, under pain of a new law, to phone ASIO (or, maybe nowadays it would be the Home Affairs Minister Peter Dutton), and read to that person the ‘special intelligence’ stories the journo had written so as to try to secure ASIO clearance in advance before a news outlet was allowed to run the story.

“Ruddock thought that was a good idea ‘because that’s how Michelle (Grattan) operates’ with MPs over parliament stories.

“Every journalist worth his or her salt knows that virtually nothing would ever see the light of day if it had to be cleared with ASIO or Home Affairs, or anyone in government, in advance.

At least the media has been able to fight off such an undemocratic, anti-press freedom idea – so far, Rowlings said.