The baby has gone out with the bathwater in the Budget ‘reorganisation’ of the Office of the Australian Information Commissioner. Transparency is the main casualty.

Starving the FOI watchdog to death

One of the less-noticed elements of the recent budget’s public service cuts is the proposed dismantling of the Office of the Australian Information Commissioner.

The OAIC was established by the Rudd government in 2010 with a triple mandate:

Labor’s new FOI regime, with no fees either for initial requests or for external review by the Information Commissioner, was a classic case of idealistic principle foundering on inadequate resourcing.

The budget provides funding for the OAIC until the end of 2014. At this point, the privacy commissioner will be established as a separate statutory authority as part of the Human Rights Commission. FOI merits appeals will be heard by the Administrative Appeals Tribunal, with the Commonwealth Ombudsman having jurisdiction over matters of FOI administration.

Responsibility for information policy disappears as a formal government objective, along with the Information Commissioner (currently Professor John McMillan), leaving the Attorney-General’s Department with residual administrative responsibility for FOI matters.

In effect, the changes envisage a return to the pre-2010 status quo. They form part of a larger rationalisation of merits review functions, in which a number of specialised merits review agencies are merged into the AAT. The AAT will now incorporate the former Migration Review Tribunal and Refugee Tribunal, the Social Security Appeal Tribunal and the Classification Review Board (though not the Veterans’ Review Board, which maintains its exclusive status).

Concept is a little stretched

The government heralds the mergers as providing ”an accessible one-stop shop” for merits review, though the concept itself is a little stretched in this context. Strictly speaking, a one-stop shop implies the convenient collocation of multiple services that citizens use regularly, thus obviating the need to visit more than one office to secure their various needs. Apart from the occasional vexatious litigant, most citizens are unlikely to be applying for more than one review at the same time and will therefore not benefit from any collocation of different appeal avenues.

Even so, the functions of the various tribunals are sufficiently similar for their merger to be capable of yielding significant administrative efficiencies. A case can also be made that giving the AAT jurisdiction over routine decisions associated with social security and immigration, which turn more on contested fact situations than points of law, may help to steer the AAT away from an excessively legalistic and quasi-judicial approach. Indeed, administrative law experts have previously called for such an amalgamation.

As the budget papers point out, single comprehensive tribunals for merits review work well in the states and territories. (All these considerations make the continued independence of the Veterans’ Review Board anomalous, testimony to the political clout of defence and veterans interests.)

The dismantling of the OAIC is a somewhat separate issue from the merger of existing merits tribunals. It involves removing the current two-tier structure of FOI appeals, where requests for review are heard first by the OAIC and then, on appeal, by the AAT. Instead, requests for review will now go straight to the AAT. The AAT thus extends its merits review jurisdiction over FOI not by merging with an existing tribunal but rather by taking over full responsibility for a review function previously shared with another organisation, now defunct.

Whether the change to the OAIC will take place as planned is open to speculation. It will require significant amendments to legislation, including to the Privacy Act, the Freedom of Information Act and the Australian Information Act, which will need Senate approval.

Labor support for the abolition of one of its own initiatives is unlikely, while the Greens’ only concern about the office has been that it is under-powered and under-resourced. Crossbench opinion is hard to read but, in general, minor party representatives and independents tend to be strong advocates of government transparency and keen users of FOI. Passage of the amending legislation is by no means assured.

Does the OAIC deserve a stay of execution or should its passing be allowed to occur without regret? A confident assessment is difficult, given the office’s comparatively short life. 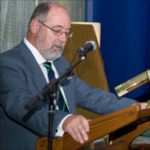 After the first two years of its operations, Allan Hawke (left) conducted an extensive review of its performance in relation to FOI, as required by the founding legislation. He began his inquiry in November 2012, and reported in July 2013, less than a year ago. He considered it too soon to make a considered judgment of the two-tier review system, which, he argued, should be allowed to run for a longer period to gain more reliable evidence of demand and workload.

Hawke agreed that the OAIC was overburdened by the large number of cases for FOI review it was receiving. In the last year before the OAIC was established (2010-11), the AAT, as the only avenue for external review, received 110 applications for review. In 2012-13, by contrast, the OAIC received 507 applications, almost a fivefold increase, which it was unequipped to handle with sufficient timeliness.

The main reason for the increase in applications is that appeal to the OAIC has attracted no application fee, in contrast to the $816 fee demanded by the AAT (though that can be reduced in the case of hardship and if the appeal is successful). Moreover, applicants do not need to exercise their right to an internal review by the agency concerned before seeking review by the OAIC. Hawke was adamant that some modest application fee was justified as a means of reducing the office’s workload, a position previously recommended by the OAIC itself.

Clearly, Labor’s new FOI regime, with no fees either for initial FOI requests or for external review by the OAIC, was a classic case of idealistic principle foundering on inadequate resourcing. The result was a clogged-up system that won few supporters, in spite of the OAIC’s valiant efforts to improve its throughput.

Against this background, the budget papers say that ”simplifying and streamlining” FOI review processes by transferring them from the OAIC to the AAT ”will improve efficiencies and reduce the burden on FOI applicants”. There is no mention of the fact that external reviews will now cost over $800 instead of being free.

Certainly, if re-imposing a significant fee leads, as it must, to a substantial reduction in the number of appeals, those who can afford to seek a review can expect a faster, more efficient service. For this reason, the changes have been welcomed by representatives of media businesses, which have chafed at the increasing delays caused by the flood of less well-off appellants.

But it is a deceitful sophistry to describe improved service caused by pricing out most would-be applicants as ”reducing the burden” on applicants.

If the government had been sincere in its aim to simplify service while minimising burdens on the public, it could have adopted other reforms canvassed by Hawke, such as abolishing the second tier of appeal to the AAT, leaving the OAIC as the sole avenue of external review while imposing a small application fee.

Indeed, the government may be driven to revisit such contingencies if the Senate refuses to abolish the OAIC. In the meantime, its plans for FOI review fit well within the overall budget strategy of rationalising government institutions while protecting the interests of the rich and powerful.

Who will manage government information?

The other OAIC function that is not provided for in the proposed restructuring is responsibility for government information management. The position of information commissioner was established in the context of the digital revolution, which has transformed the collection and dissemination of government data. One of the commissioner’s main statutory functions was to report on ”the collection, use, disclosure, management, administration or storage of, or accessibility to, information held by the government”.

As part of this responsibility, the OAIC has concentrated on issues of transparency and accessibility, particularly through government websites. In a number of reports and policy statements, it has stressed the values of open government and sought to encourage a culture of proactive disclosure, whereby agencies take the initiative in publishing the types of information and data that they would be willing to release under FOI. The OAIC has also monitored the information publication schemes for each agency, which were mandated by the revised FOI Act.

In trying to fulfil this mission, the Information Commissioner has faced strong institutional headwinds. With a few notable exceptions, ministers and bureaucrats remain stubbornly attached to a culture of secrecy and confidentiality. The digital revolution and the internet may have greatly facilitated the mechanics of government transparency. But they have also spawned the continuous media cycle and the premium on government management of information. Agency compliance with the new information policies has often been perfunctory and tokenistic.

Even so, as statutory champions of open government, the Information Commissioner and his office have at least flown the flag for greater government transparency. That they have not been able to achieve major cultural change within the bureaucracy is hardly surprising, given their modest resources, the absence of strong political backing, and their relatively brief existence. But if opponents of open government are happy to see the office abolished, that in itself may be some testimony to its effectiveness.

This article appeared first in June 2014 issue of The Public Sector Informant, an insert into the Canberra Times newspaper: http://tinyurl.com/m4rxm9u

*  Richard Mulgan is an emeritus professor with the Crawford School of Public Policy at the Australian National University. richard.mulgan@anu.edu.au