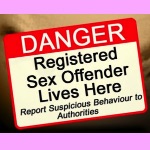 CLA notes that Australians are being judicially prevented from being able to read locally about a noted person being convicted in December 2018 over child sex offences.

This particular suppression order might cause a thorough overhaul of the discredited legal suppression process throughout Australia.

Like defamation law in Australia, most suppression orders are anachronistic. All overseas news outlets are free to report the current case, which is of international interest.

Though the court which made the suppression ruling is in Victoria, no Australian media outlet or anyone else in the nation is free to report what a jury unanimously decided, according to reports in America.

The stated reason that the conviction cannot be reported in Australia is that the person involved will face a further trial in March 2019. Publicity could affect a jury in that trial, the judge has decided.

But the trials involve separate incidents on separate occasions in separate locations. The person will be sentenced in February over the December conviction, before the second trial. Presumably, the sentence will have to be suppressed as well.

In most sex offence cases, a convicted offender is not permitted to go near children, must live separated by some distance from schools and the like, and is immediately recorded on a sex offender’s register, which means the person is restricted as to travel.

But the convicted person is apparently free on bail. This particular suppression order gives the appearance of being made as much because of the public profile of the person convicted as for reasons of the second trial.

It is for that very reason – the public position of the convicted person – that immediate full reporting in this case is even more important than usual, CLA believes.

Victoria introduced an Open Courts Act in 2013 which was meant to do just that: open up courts.

However, by 2017 the state had decided the new act needed review, and so appointed former Court of Appeal judge Frank Vincent to hold one.

He found that courts and tribunals needed much more ‘education’ about the principle of transparent justice, and more work was needed to ensure future orders were made only when necessary.

He recommended improvements to existing suppression laws, including:

The Andrews government is said to support in full or in principle 17 of 18 recommendations, and one recommendation is under further consideration. http://tinyurl.com/y8flgh59

It’s now time for the Victorian government to act, as this case continues to prove, CLA says.