Time, scholarship and sober consideration combine to provide us with the perspective to now truly see and acknowledge what those young men of Australia and New Zealand went through more than 100 years ago.

Now we can reflect on that awful experience of 1915 and contemplate what it means for us today.

ANZAC. The name captures the imagination and the emotions of Australians and New Zealanders.

ANZAC. The images it conjures: Gallipoli: the place; the campaign; those brave young men.

It was our first campaign but unfortunately, it was not the last. More battles and much more bloodshed were to come. In the first World War alone: Pozieres, Ypres, Fromelles, Amiens, Villers-Bretonneux, and many others. And there have been all the conflicts in which we have engaged from then until the present day.

Gallipoli was the first; it has been nowhere near the last.

Those brave young men of ANZAC felt that this would be the war to end all wars; how wrong they were. If we are truly to respect what they did and what they gave, we must reflect not only on their bravery but also on what went wrong. The detail is important but the context within which the detail occurred is more so.

We must reflect on the brutality, the destructiveness, the futility and the sheer stupidity of war – and learn from it. If we are truly to honour their commitment and their sacrifice, we must determine never to let anything like Gallipoli happen again.

In particular, we must hold our political leaders to account. If we as individuals and as a nation are to truly respect those who fought on that far-away peninsula more than 100 years ago – and all who have fought and died in our name since – we must never again allow our leaders to send our young men and women in harm’s way without a deep, serious and public consideration of the consequences of that decision.

That is why we need people of vision, imagination, and determination to lead, guide and govern us. We need politicians who want to govern and want to do so while being open and honest with us; politicians who want to take us into their confidence rather than artfully avoiding the questions whose answers we have every right to know.

As a nation, we cry out for such leaders because we need what we know we do not have. With our present group of leaders, there is this emptiness of purpose, of vision, of talent, that must be acknowledged and must be overcome.

Leaders are not those who, through focus groups and opinion polling, determine where we wish to go and then promise to take us there. That is not leadership. That’s not what leaders do, that’s what escort officers do.

Leaders are people who engage our enthusiasms, our motivations and our aspirations and take us to places where we did not even know we wished to be – and then they show us how wonderful it is to be there. They are the people, the true leaders we need for our communities, our military and our nation.

It is with hope that I say: let us find such people for, with them to lead and guide us, we will never again engage in the strategic and military stupidity that led to that first ANZAC day.

Where are we headed?

So today more than 100 years later, on the 25th of April, let us examine not just where we have been but who we are and where we are headed.

Look at us. Look at Australia. We are small but we are also a great nation. However, we can be, we should be, we must be even better.

So yes, let us reflect on the past and let us commemorate the fallen but, most importantly, let us develop this nation of ours into a shining example of what the human spirit can accomplish. Then the spirit of ANZAC, the national spirit that those young men forged 104 years ago, truly will be fulfilled. 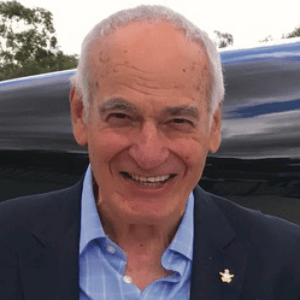 Air Marshal Funnell gave this address to residents of his retirement village, Central by Goodwin, in the suburb of Crace ACT on Anzac Day 2019. Funnell was Australia’s first Vice Chief of the ADF, Chief of the Air Staff 1987-1992, and founding principal of Australia’s military college for senior officer tertiary education. During 40 years in the ADF, he flew primarily as a fighter and strike pilot. After retiring, he served for 19 years on numerous ministerial advisory groups helping, among other things, to align the nation’s refugee policy more closely with Australia’s commitment to international human rights.