The Full Court of the Supreme Court of Tasmania has effectively denied noted pro bono lawyer, Barbara Etter, her ability to be a member of the legal profession…on a technicality of legislation.

She will no longer practise law. She has “quit the profession”. 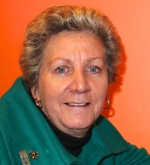 Mrs Etter (photo) made that announcement after the Supreme Court dismissed her appeal against a ruling of the Legal Profession Board (LPB) of Tasmania* last month.

The ruling effectively ordered her to hand over the complete contents, gathered over many years, of her privileged communications with a client in a coroner’s court matter, the Greer case.

The LPB had already decided – after remarks by coroner Olivia McTaggart – that the LPB would not (repeat, not) proceed against Etter over the coroner’s disparaging comments.

But then one angry half of an inter-sibling dispute that was at the heart of the bitter coronial case made a personal complaint against Etter, who had represented the complainant’s sister. So the LPB effectively re-activated the complaint mechanism on the matter that it had decided to not proceed with, and sooled its in-house investigator on to the case. The LPB investigator demanded the entire case file, that is all documents relating to the case.

So, the LPB dispute recently decided by the Supreme Court ended up being over whether or not Etter would hand over all the documents, hard and electronic, both legal and ‘isn’t it a lovely day’ emails, in her case file. The LPB would not step back, and ask for just the relevant files, probably because it had not closely assessed the new, personal complaint and decided what precise evidence was required from Etter. Anglers might comment that the LPB and its investigator had appeared to go fishing, using a drag net rather than a rod.

The LPB appears to have not equally demanded any proof of allegations, or files evidence, from the complainant.

The effect of the Supreme Court judgement is that Etter is ordered to hand over all the files.

In other words, this idiosyncratic Tasmania legal fiasco is finally finished…with nobody “winning”.  Certainly Etter has not been found guilty of any ‘professional misconduct’ as is normally in question in such lawyerly cases.

The LPB is a ‘kangaroo court’. The LPB’s own barrister, Chris Gunson, described its powers as ‘extreme’. It can stop a lawyer practising her or his profession instantly, without giving the person any chance to put their case before members of the board at a hearing of the LPB. That was what happened here: Etter was deprived the right to put her case personally before the board members, and at no stage did the LPB or its members or officials provide any evidence that she had misbehaved in a professional sense.

Etter was hauled before the board originally, some years ago, because someone from the local legal profession complained about her commenting in a TV interview that there was no relevant blood discovered by Tasmania Police forensic scientists in a dinghy. The blood, and whether there had been a body in it, was a key question in the alleged murder case involving Sue Neill-Fraser (SNF), for whom Etter was pro bono lawyer at the time, and for more than five years. SNF is in her ninth year of prison for the alleged “crime” (the body of her husband, Bob Chappell, has not been found). Civil Liberties Australia believes she is innocent, and victim of yet another major Australian miscarriage of justice trial.

In a 2018 Supreme Court hearing on the SNF matter, Etter’s comments were backed up by a renowned forensic scientist, resulting in front page confirmation of her TV statement in The Mercury, Hobart’s daily newspaper.

In the current case, the Tasmanian LPB arbitrarily took away her licence to practise law in October 2017, in relation to her not providing the LPB investigator with all the Greer files. Greer was a long-ago cold case, which resulted in a more recent inquest: it remains another possible miscarriage of justice case, but is unconnected to the SNF case.

Etter claimed, as she was entitled to by law, that she had “reasonable excuse”, which is the phrase in the relevant legislation, to not hand over the requested Greer case file.

But the LPB would have none of it, even though it never heard her out on her claims of reasonable excuse. Instead, the LPB hopped off quick time to the Supreme Court to exercise the full swing of its over-muscled tail against someone acting in the public interest.

Of course, acting in the public interest is often seen as a ‘crime’ upsetting the status quo by elements of the unaccountable elite who run the tiny island political/legal system.

The treatment of then anti-discrimination commissioner, ‘imported’ into Tasmania two decades ago, is a case in point. Dr Jocelynne Scutt said attempts were made from the start to destabilise her office and she had been bullied and coerced. She was shown no duty of care by her employer, and the Tasmanian government also denied her support in her job, and natural justice. She said a small number of Tasmanian lawyers habitually used abusive and unprofessional language: on one occasion she was sent correspondence with a pornographic image and a brutal statement, apparently from within the legal profession**.

The then-shadow Attorney-General for Tasmania, Michael Hodgman, said at the time that the government owed Dr Scutt an apology. His son, Will (also a lawyer by training), who is now Premier of Tasmania is in a position to offer Etter an apology, which you might think he would do in such similar overall circumstances if he had the integrity and courage of his father***.

Three Supreme Court judges made the decision against Etter, which was handed down by one of them, Helen Wood. However Stephen Estcourt wrote the judgement: Wood and acting judge Shane Marshall merely agreed with it, without giving independent reasons.

In the initial Supreme Court hearing, from which came the recent appeal, judge Greg Geason commented that, “on any view of it” the matter being investigated was not serious in the range of matters that would come before the LPB. Judge Geason also acknowledged that suspension was a “very serious sanction”.

So, over a relative trifle, the Tasmanian legal profession has lost probably its champion campaigner against injustices, such as wrongful convictions and other inappropriate legal decisions, and one of its strongest civil liberties and human rights supporters. Of course, that may have been the result the staid legal profession on the devilish island preferred. It is certainly the result achieved by the combination of actors who played their accustomed roles, in this case against Etter, in a series of events over a many years.

After the Supreme Court judgement, Etter made a formal statement:

“I have at all times acted in the best interests of my client, in accordance with my understanding of administrative law, and what I considered to be the public interest.

‘However, here in Tasmania it appears that there are too few checks and balances on the powers of the Legal Profession Board. I agree with the Board’s counsel that their powers may be viewed as “extreme”.

‘I urge Parliament to take steps now to ensure that the proper checks and balances are imposed by amendments to the Legal Profession Act. Should the Law Society wish to contribute to that debate then, of course, I am happy to share my experiences with them.

‘If that does not happen then other lawyers of integrity will be subject to the harrowing and stressful experience that I have had since 2014, including the taking of actions which prevented me earning an income (despite no findings of misconduct), and involving expensive litigation.

‘The result of this experience is that I have quit the profession. Fortunately I have my integrity, my wonderful partner and family, a network of good and supportive friends, and many other challenging, interesting, and rewarding tasks to keep me busy here in Tasmania.’

* For some background on the case and the LPB, see ‘A law unto themselves, absent model principles’  https://www.cla.asn.au/News/a-law-unto-themselves-absent-model-principles/

*** Michael Hodgman, a former federal minister and also Tasmanian MP, was a member of Civil Liberties Australia when he died aged 74 in 2013.

Note: Barbara Etter is a member of Civil Liberties Australia