Lindy Chamberlain’s lawyer in the ‘dingo-took-my-baby’ case, Stuart Tipple, has spoken out about the need to change and improve the Australian legal system: 2 June 2014

Stuart Tipple* is a man who knows more about how the Australian law can miscarry than most: he was the solicitor for Lindy Chamberlain for all the the decades it took to secure justice in the ‘Dingo-took-my-baby’ case. 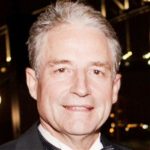 Tipple (left), unusually, spoke out about the Australian justice system during a talk at the University of Tasmania recently. Here is how blogger and CLA member, Barbara Etter, reported what he said:

Stuart commented that he thought at one stage that Australia had the best legal system in the world. He no longer holds that view. He believes that important changes or improvements need to be made.

He pointed out that, to his way of thinking, there were clear advantages in the inquisitorial system. He stated that the adversarial system is not a search for the truth.

He voiced concerns with the quality of some expert evidence, even today.

He commented that people who should not be regarded as experts can effectively give questionable evidence in court.

He mentioned, as an example, the Gordon Wood case in NSW. He commented that some expert evidence came under far less review than a journal article that at least had to be peer reviewed. One of his main disappointments from the Morling Inquiry is that no action was taken against expert witnesses for their testimony.

He also expressed concern about the difficulties that were evident generally when you had two experts with opposing views; he queried how the jury were supposed to judge which expert was correct in his/her opinion.

He praised the Scandinavian system where a lot of the forensic evidence is apparently carefully scrutinised before it even gets into court.

He was critical of the jury system and pointed to some jurisdictions that allowed judge-only decisions. He pointed out that in the Rayney case in WA, where the accused was an experienced criminal lawyer, the option for a judge-only hearing had been pursued. Mr Rayney was subsequently acquitted of the murder of his wife.

It appeared that those who were more informed about the system would opt in most cases for a judge-only hearing. 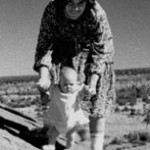 Stuart also reflected on the trial in Lindy Chamberlain’s case (photo left, with baby Azaria) where it was clear that the trial judge in his summing up and directions to the jury had been indicating a possible acquittal. Despite this, the jury found her guilty.

He also spoke about legal hurdles facing those who had been wrongly convicted and the limited avenues available to them. He pointed out that in Tasmania, as in most other Australian jurisdictions, there was no further right to appeal and no Criminal Cases Review Commission, as in the UK.

He discussed the political nature of the Petition for Mercy process which required a decision by a politician to have the matter referred back to the courts. He said that any Attorney would be keen generally to maintain a conviction and not upset the status quo. He or she was on a “hiding to nothing”. At that point Stuart strongly stressed again the importance of “people power”.

He stated that he was aware of the Sue Neill-Fraser case here in Tasmania and the fact that there appeared to be issues in the case with presumptive testing. He said he was one of a number of leading lawyers who supported an inquiry into the case.

Stuart ended by reminding people it was their legal system and, in effect, that it was up to us all as individuals and concerned citizens to essentially make sure that we had a system that was both effective and fair.

Chamberlain 30 Years On and What Lessons Have Been Learned? A free public event hosted by the School of Social Sciences at the University of Tasmania, courtesy of Professor Rob White of Criminology at the Stanley Burbury lecture theatre at the Sandy Bay campus on Wednesday 28 May 2014.

The event was live-streamed and is available from the UTAS website at http://new.livestream.com/accounts/7587656/events/3034970. For the exact wording used and for the full discussion, please refer to the recorded proceedings.

Background on Stuart Tipple, from the Celebrity Speakers website: http://tiny.cc/8s3lgx

* Stuart was retained by Dr Michael Chamberlain and Mrs Lindy Chamberlaine-Creighton to appear on their behalf after the first inquest into the death of Azaria Chamberlain was quashed and a new inquest ordered. He represented the Chamberlains at their trial and subsequent appeals. After the High Court Appeal was lost by a three two majority, he oversaw –

Following the Royal Commission, the Chamberlains were pardoned, compensated and later acquitted.

In 1995 the Northern Territory held a third Inquest which returned an open finding. This finding was unsatisfactory and from 1995 further evidence was accumulated confirming the danger and propensity of dingoes. In November 2010 Mr Tipple successfully applied for a fourth Inquest.

The fourth Inquest concluded on 12th June 2012, some 32 years after Azaria disappeared. The Coroner delivered her findings via live television which was watched around the world, a found that Azaria had met her death after being attacked and taken by a dingo.