Reprinted with permission from BORDC/DDF (edited by Bill Rowlings, CLA) 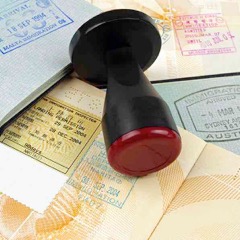 Over 22 million people visit the US under the Visa Waiver Program (people coming from Europe, Japan, South Korea and Taiwan – and Australia: ed).

So when the US Customs and Border Patrol (CPB) announced that the agency was seeking a rule change to be able to ask each and every one of them for their social media identifiers, a few eyebrows were raised.

For starters, the program would be impractical, useless and highly invasive.

CPB says they need to dig into visitors’ social media activity in order to “provide DHS (the Department of Homeland Services) greater clarity and visibility to possible nefarious activity and connections.”

But, the program would be optional. So, if you were a terrorist active on social media, would you provide your twitter handle?

More importantly, it is unclear just how many travelers would feel like they could voluntarily decline to provide the information requested nor is it clear how the CBP would interpret a failure to disclose social media identifiers.

The very request for a social media identifier is hopelessly broad and vague.

As the Center for Democracy and Technology pointed out, such a request could refer to anything from someone’s accounts on Trip Advisor and Yelp to their Facebook and Twitter to more intimate social media platforms like Grindr and Tinder. The latter set of options would mean individuals turning over personal and private information to invasive government entities.

Not only is it not entirely clear just what information CBP wants, it is entirely opaque into how it intends to use such information. This is particularly distressing given that this program is a means of intelligence gathering and such information can and most likely will be shared with intelligence agencies, such as the National Security Agency or the FBI (and with Australian security agencies: ed)

Such a move by the CBP also puts political expression at risk. While the CBP has not enlightened us to how they plan to use their information, we know that the United States has a long history, including under the present administration, of attempting to bar individuals from the US, because of their political views.

We also know that the intelligence community has continuously displayed an inability to distinguish between political speech and national security threats.

And don’t take comfort in the fact that the program is aimed only at non-US citizens. It will have US repercussions for US citizens.

By ensnaring the social media profiles of those applying for a visa waiver, CBP will also suck up potential information on US citizens with whom they are communicating via social media.

Additionally, visa waiver programs are based heavily on reciprocity – if the US starts surveilling the social media accounts of other countries’ citizens, it is possible for them to start doing the same thing to US citizens traveling abroad.

Given the intense suspicionless surveillance the US government has subjected Muslims to, it is likely that will be disprortionately impacted by this program.

The CBP’s program is yet another suspicionless surveillance program. Like all such programs it should be rejected on its face, as they are not only unduly invasive of privacy, but have the potential to facilitate improper political spying.

The CBP’s program is particularly insidious given its broad nature and the sensitive information that can be gleaned from social media identifiers, information than can then be potentially shared widely within the intelligence community. Whether optional or not, the CBP’s proposal is unacceptable.

The Bill of Rights Defense Committee/Defending Dissent Foundation and 27 other advocacy organizations submitted comments to the US Customs and Border Patrol detailing our concerns with CBP’s proposal to ask visitors to the US their social media identifiers.

Read the letter: http://tinyurl.com/jqq6a9b
Comments submitted by the Electronic Frontier Foundation, and the ACLU
Original article: http://tinyurl.com/gujlbjn from this website: http://bordc.org/
The Bill of Rights Defense Committee/Defending Dissent Foundation (BORDC-DDF) protects the right of political expression to strengthen participatory democracy, and to fulfill the promise of the Bill of Rights for everyone in the USA.