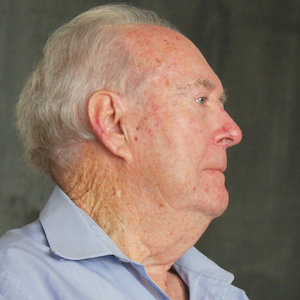 Diggers, traditionally, have been the key players in the wars that have involved Australia. Diggers did not go to foreign countries to dig in the potato fields. They were soldiers who went overseas to fight the “enemy” and became known as ‘diggers’ during World War One at a time of warfare in dug trenches.

The nickname also harked back to the civilian gold diggers of the period of discovery and expansion around Australia in the mid-1800s.

Due praise has been bestowed on Australia’s armed forces diggers for their heroic deeds, amidst the carnage, horrendous loss of life and vast destruction of civic order, in various wars. If asked why they went to these wars, the diggers’ individual answers would be mixed, often dramatically at odds to those of their mates, probably reflecting the differing views about the war held by the people ‘back home’.

My father, a digger during World War One (1914-18), returned to Australia bitterly anti-war after being wounded in France. He did not join up for “God, King and Country” but for a sense of adventure and a regular income. He did not seek to defend the British Empire.

He believed the death of 10 million people during this bloody war was tragic and unnecessary, and said it was an unjust war where workers of different countries fought each other, not for freedom or liberation, but for territory and sources of enrichment.

If asked why they fought

If asked why they fought in the World War Two (1939-45), diggers would state that this was a necessary war for the defence of their country and for the freedom they cherished. In line with public opinion (certainly after Japan joined the war in 1941), they saw the war as unavoidable and just. During this war my sister`s husband received military honours for his courageous actions against the Japanese soldiers in Papua New Guinea, during which he lost a leg; my wife`s brother was killed by a guard while working as a prisoner of war on the Burma-Thailand railway.

During the Vietnamese war (1962-1973 for Australia), opinion in Australia was deeply divided: many people considered Australia’s involvement was based on the dubious grounds of propping up an unpopular government which America wanted to keep in office, fearing the spread of Communism in the region. There was a “domino” theory developed: if a Communist government took over Vietnam, neighbouring countries would tumble to Communism like a falling line of dominos).

The theory was promoted as an excuse to invade a non-threatening, undeveloped country. My nephew, a fine young man, was one of the last Australian diggers killed in this war which divided Australian families and the nation, leaving many diggers who fought in Vietnam misunderstood and bereft of post-war counselling and assistance.

In recent years, Australian diggers have been engaged in a protracted war in Iraq – a country that is little understood here and is of no threat to Australia. A token force of diggers were sent to fight in Iraq under the knowingly false claim, by America, that there were “weapons of mass destruction” in Iraq, which would be used against other nations in the region.

By being sent to fight there by an Australian government which did not seek the endorsement of parliament or the Australian people, our diggers found themselves in a war zone without clear-cut objectives and without widespread support at home.

In Australia`s history, wars have never been thoroughly and calmly discussed and debated when our country is at peace.

While the fighting prowess of the diggers in the various wars have been glorified and elevated as the hallmark of patriotism (the many memorials scattered throughout towns and cities across the nation bear witness to this), it is difficult for anyone to challenge the purpose of a given war in which the diggers fought without being accused of insulting the courage and patriotism of the diggers, and of being un-Australian.

Moreover, the merging of the various wars into one over-arching canvas of emotions, especially focusing on the Gallipoli legend from WW One, stifles criticism of certain wars that could be considered unjust.

As never before, we need to open a dialogue with the question: “War. What for?” We should discuss and evaluate the consequences of going to war, which should always be considered an option of last resort when all peaceful avenues have been explored, and exhausted.

Wars should be measured

Wars must be measured against our traditions of liberty, independence, democracy and peaceful co-existence with other nations. If our involvement in some of the wars where we have participated is considered to be wrong in hindsight, we must have the courage to say so, otherwise we could go on entering wars which cause great suffering to all involved and bring discredit to our nation.

If we focus on military traditions and fighting spirit when describing Australian characteristics, it does a disservice to the earlier, civilian-initiated qualities of mateship, a fair-go for all, democratic rights and basic freedoms which created our proud nation.

Perhaps it is time for the story of the Eureka Stockade (1854, Ballarat, Victoria) to be given greater prominence in the public arena as a great and notable historic event, which vividly defined Australians. They were the first “diggers” and they illustrated what Australian diggers will fight for, if ever engaged in any future wars.