Thirty-five (35) US Navy SEALs – elite special forces troops – have “decided to whine to the federal courts seeking an order to protect them from following orders”. 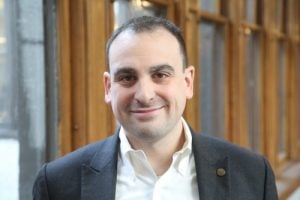 So says Joe Patrice (photo), a senior editor at Above the Law.

Odds are the case will end up in the US Supreme Court, where even the heavily-leaning Republican majority is likely to find the O’Connor grant of a preliminary injunction is a case of disordered judicial mission creep.

But you never know…the US case is based on the claim that vaccination is against the Catholic beliefs among the 35, who comprise 1.5% of the 2500 SEAL brethren.

Once religion worms its way into legislation, white can become 49 shades of gray: this is a cautionary tale for proposed new religious laws in Australia.

For example, all major religious heads worldwide, including the Pope, support vaccination. Some say it is a religious duty for all adherents to be vaccinated.

One noted Australian commentator on US legal matters says judge O’Connor “has become the go-to stooge for far-right, off-the-wall Republican ideological fronts when they begin forum shopping. Any lower court decisions like this are extremely dangerous with a Supreme Court that can simply decline to hear them on appeal (from the equally Republican Fifth Circuit court of appeals in New Orleans),” he says.

If the US Supreme Court eventually declines to hear the case it could mean that any lower court ruling for the squeamish SEALs would stand, and US military discipline would go out the window.

OConnor has an extremist track record

The US legal reporter, Fitch (who writes for Justinian, Australia’s online law journal) has pointed out that O’Connor is the same judge who went out on a limb and struck down the whole Obamacare legislation. He also gutted the Native-American adoption laws as discriminatory against non-natives.

But back to Joe Patrice, who writes: “…Judge Reed O’Connor gave them their binky of an order in a goofy, rambling opinion that tosses decades of precedent to keep these guys from their rendezvous with an owie.”

For those who don’t speak American, a binky is a dummy, or mouth pacifier, for babies, and an owie is a small, slight scratch, bump or similar that makes someone go ‘Oww !!’.

Patrice writes that the Pentagon has a vested interest in guaranteeing that the SEALS are ready to go at a moment’s notice. “To that end, the Department of Defense instituted a vaccine mandate to keep its forces at the ready. It’s hard to take out Osama bin Laden when you’re wheezing in a hospital bed.

“And the impact of going down with a preventable illness really can’t be oversold. Units like these depend on team cohesion. Everyone relies on everyone else to do their job and losing one cog disrupts the whole well-oiled machine.

Patrice writes that the First Amendment recognises an exemption from military service for conscientious objectors.

“Judge O’Connor’s opinion suggests that the federal government must allow religious pacifists to continue to serve in whatever elite unit they want — willingness to perform their duties be damned. It’s a laughably reckless opinion.”

So, there you have it. Another scatty case to watch worm its way up to the US Supreme Court over the course of 2022. (For those who don’t speak English, scatty is shorthand for scatterbrained, or absentminded and disorganised).

Civil Liberties Australia believes it has a solution for the US Defense Department: demote the SEALs in question to regular otters, to be known as ‘ROTTERs’.