The CIA is become the Stasi of the States, or a state unto itself. Why would Australia work with an agency that its own Congress and people can’t trust?

The CIA is a ‘nation’ separate from the USA.

CIAlia is a state where lies rule, torture prevails: the constitution is founded on public relations spin.

It is a type of CIAlice in Wonderland, where words mean what the CIAliens say they mean. Colours are reversed: black is white. Day is night in the CIA-manufactured climate of unreality. There is a fundamental equation: e = mc2…or truth equates to getting rooted when Evading and Misleading Congress. 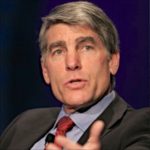 US Democrat Senator Mark Udall (right) ripped open the black velvet curtain surrounding the CIA this week. He was commenting on the 6000-page report to the Senate Intelligence Committee (SIC) into CIA torture after the 11 Sept 2001 aircraft attacks on America. The SIC Report took seven years to compile and release. Its executive summary occupies more than 500 pages.

Udall is about to leave the Senate, having recently lost an election. He perceives himself as freer to speak, therefore. Of course, in a proper democracy, all Senators would speak the truth always.

Here is what Udall said in the Senate in December 2014:

Senator Udall said: “There are right now people serving in high levels at the CIA who approved, directed or committed acts related to the CIA’s (program). It’s bad enough not to prosecute these officials, but to reward or promote them and risk the integrity of the US government to protect them is incomprehensible.” He called on President Barack Obama to put into law what his executive action already declares – a ban on torture.

Senator Udall called for Mr Brennan to resign, to correct the record and begin reforms to restore the agency’s reputation for integrity and analytical rigour.

The second question for Australia is whether our security agencies -– ASIS, ASIO and others – similarly lied to Australian Ministers, Parliamentary Committees and the Australian people over “9/11” and its aftermath? As most of our agents have at some stage trained with the CIA, or have trained using CIA methodology and psychological tools, we must assume Australian spooks are imbued with at least partly the same philosophy and attitude as the rogue US ‘state’.

How much were Australian security, police, intelligence and military agencies involved in the kidnapping, detention, torture and interrogation, including in Egypt and Guantanamo Bay, of Australia Mamdouh Habid? Did Australia’s spy agencies know about torturing of David Hicks? How much did the Howard government, and John Howard and Philip Ruddock in particular, know about torturing of Australians…and did they do anything to stop it?

Like most reports, the SIC report generates as many questions as it answers. While American is navel-gazing as a result of the report, Australia needs to take a close, cold, hard look at its own behaviour during and since the 9/11 aircraft attacks on America.

If you can’t believe the CIA – and you can’t – why would you believe ASIS or ASIO, or anything the Australian government says that the security agencies tell them?

(1) Ex-CIA director Leon Panetta previewed CIAlia’s interrogation and detention program. His review has never been formally released, not even to the Senate Intelligence Committee which allegedly oversees CIAlia.