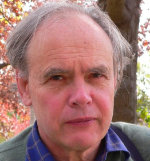 Police and the criminal justice system have grown to be integral elements in the response to mental health problems.

The current Victorian Royal commission into mental health observes that police, preferably with ambulance and mental health crisis clinicians, have become “the default first responders for many people living with severe mental illness and others experiencing poor mental health.”

The high co-occurrence of substance dependency on illicit drugs and other mental health conditions (said to be the expectation rather than the exception) creates a tension between the therapeutic mission of police (for which they are largely untrained) and their coercive mission to uphold the law and protect the community.

The well-being of consumers and their carers is often lost sight of in that tug of war.

Different consumers can have different reactions to “welfare visits” by police to people on the books of ACT Mental Health who have “gone off the radar.” These can involve forceful entry. Some are apprehensive not just at the prospect of detention in a police cell but also in a mental health unit where they fear there will be no relief for their roaring addiction.

Services need to be better integrated. The triage assessment for a PACER callout by Police, Ambulance and Clinical Early Response should not be in the hands of clinically untrained police.

The hours of operation of that service should be the same as for other emergency services and the objectives of the program should be clarified to alleviate the suspicion that the main aim of the scheme is to reduce the demand on the expensive Adult Mental Health Unit.

Above all, demand for its crisis services should be alleviated by acknowledging that those struggling with a dependency stand in need a respectful, non-marginalising health intervention.

Consumers and carers have a coloured attitude to police engagement in delivering mental health services because of the unhappy police reputation for coercion and even violence.

The most extreme exemplification of this is the extent of police shootings. The common thread linking those shootings in Australia is no longer race but mental health.

A study of the 105 fatal shootings between 1989 and 2011 found that 42% of victims were suffering a mental illness at the time of the shooting. “Schizophrenia was the most common illness (59% of those with a mental illness).” (Goldsworthy 2014). The most recent Institute of Criminology analysis of deaths in police custody and custody-related operations reported 21 deaths occurring in police custody in 2017–18.

The Guardian reports that “This year there have been eight police shootings [in Victoria]. Five involved people reported to be suffering from mental illness and involved varying degrees of threat to the public. Three of the shootings were fatal.”

The ACT has not been a stranger to such incidents

In November 1995 police fatally shot a man with schizophrenia.[1] Following that, ACT policing introduced “revised firearms training, conflict resolution, personal safety, dealing with persons with mental health illness and the searching of people suspected of being users of illicit drugs.”[2]

In October 2001 another young man in a state of psychosis was rendered quadriplegic from a shot in the neck after walking around his Chapman neighbourhood with a Kendo stick. At 79, his father, struggling to help his son, fell fracturing his hip. The two ended up wheelchair bound.[3][4] In the light of this history, lack of trust is an obstacle in the way of police involvement in mental health crises.

If, therefore, the well-being of those with the most complex needs is to be helped, the first priority should be to adopt the measures that minimise the interaction of such people with law enforcement.

Our drug laws don’t help police or their ‘patients’

Drug laws act as an obstacle to cooperation between police and otherwise law-abiding people who happen to use drugs. In countries like The Netherlands and Portugal, police shepherd people towards help.

Trials of heroin assisted treatment in six countries have been assessed in a Cochrane review and by the European Monitoring Centre for Drugs and Drug Addiction to be superior to other pharmacotherapies like methadone in retaining in treatment the 5% of opiate-dependent drug users who are resistant to existing pharmacotherapies.

In combination with stabilisation, the treatment leads to improved mental health and reduction in the harmful psychosocial risk factors that the Productivity Commission declares should be addressed.

The author has described elsewhere how the treatment reduces drug-related offending. Indeed the treatment has been described as one of the most effective crime reduction measures ever trialled.

It is not a coincidence that the imprisonment rate in jurisdictions like British Colombia where heroin assisted treatment and hydromorphone are available in medically supervised injecting centres, the crime rate is 66 per 100,000 of the population compared to the Australian average of 170.