If you are anything like the typical Australian, you probably break the copyright law 80 times a day, according to figures included in the Productivity Commission’s final report to the government on intellectual property (IP). 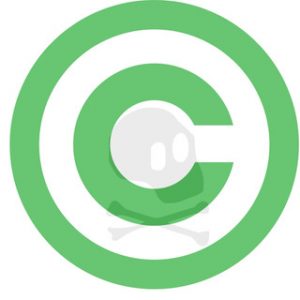 Most of the breaches are harmless, things such as including a copy of an email in the reply to an email. But the commission says – in its report, first released publicly on 20 Dec 2016 – that laws that are routinely flouted are bad laws, bringing themselves into disrepute.

In place of the labyrinthine system of complicated rules governing what can or can’t be copied, the report recommends the US system of fair use, under which the use of copyrighted material is legal so long as it is fair, taking into account the purpose of the use, the nature of the work, the amount copied and the effect on the potential market value of the work.

A study released with the report finds that Singapore had fewer copyright disputes after adopting fair use, suggesting the change made copyright easier to understand.

The commission says the change would put beyond doubt the ability of universities to use innovative technologies such as data mining and others that haven’t yet been invented, allowing Australia to innovate as quickly as competitors in Israel, South Korea and the United States.

It wants universities, schools, cloud computing services and other suppliers of internet services to be granted the same “safe harbour” status as internet service providers, meaning they cannot be held liable for the actions of their users.

To discourage piracy, it wants the government to legislate to guarantee the right of Australians to circumvent so-called geoblocks that prevent Australians accessing music, ebooks and software when it is available overseas at overseas prices. It says Australians subject to geoblocks are typically charged an ‘Australia tax’ of 13%. Its survey of 1000 books found that parallel import restrictions, which can prevent retailers sourcing books from overseas, typically add 20% to the US or British price. It wants the remaining restrictions removed by 2018, saving readers up to $25 million per year.

The commission has asked the government to urgently remove the anomaly, which grants perpetual copyright to the 13 million unpublished documents and letters held in cultural institutions, meaning they can’t be digitised unless the heirs of the authors can be tracked down. It also wants to make it to be easier to make use of “orphan works” for whom the copyright owners cannot be found. It says the National Film and Sound Archive has told it that 20% of its holdings are in a legal “no man’s land”, meaning it can’t use them to celebrate Australia’s heritage without tracking down owners who can’t be found.

The report recommends a separate small claims list in the Federal Court that would allow self-represented litigants who felt their work had been used unfairly to get redress at low cost. It is especially critical of the role of collection agencies, including the Copyright Agency chaired by former News Corporation chief Kim Williams, which it says are not open about what they do with the funds they collect on behalf of different classes of rights holders.

It wants them to hand to the government the funds they collect for the use of orphan works rather than distribute them to other rights holders, as happens at present. It wants the Competition and Consumer Commission to review their governance and rules.

The Copyright Agency struck back, saying in a statement the commission’s recommendations seemed “to be straight out of the US Big Tech playbook” and would wreak havoc on Australia’s creative community. Author Richard Flanagan said the commission was like “a deranged hairdresser insisting their client wears a mullet wig”.

Universities Australia welcomed the report, saying the US had had fair use since 1976 and its creative industries were flourishing. The Digital Alliance representing libraries and other users of copyright material said the changes would ensure the everyday behaviour of millions of Australians was no longer illegal.

Minister Greg Hunt asked for comments on the report by 14 February. The government will respond in the middle of the 2017.

What the Productivity Commission recommends:

This article first appeared on Fairfax online Media on 20 Dec 2016. Peter Martin is economics editor of The Age: http://tinyurl.com/jf53qob