To try to prevent another Bali 9 death penalty situation, a parliamentary committee – at CLA’s request – is seeking an urgent briefing on current rules binding the Australian Federal Police.

At the request of Civil Liberties Australia, the Joint Standing Committee on Treaties is asking for an urgent briefing on the current status of exchanges of information with foreign law enforcement agencies.

The move comes in a new bid to prevent any future another “Bali 9’ executions.

In 2008, Civil Liberties Australia tried, with the help of the Australian Parliament’s JSCOT, to formally stop the Australian Federal Police ‘shopping’ any other Australians again.

Deputy chair Kelvin Thomson (Lab, Wills Vic) has lodged the new request to JSCOT, in mid-February 2015. Thomson is the most experienced member of the committee, a long-time chair of it under Labor. He was chair in 2008, when Civil Liberties Australia first asked for a formal constraint – in written instructions – to be placed on the Australian Federal Police.
This is what we asked for:

The instructions should prevent the exchange of information with another country if doing so would expose an Australia citizen to the death penalty.

The then-government rejected the proposal, which was endorsed by JSCOT.

Instead, the AFP are still free today to repeat the inexplicable behaviour which meant two Australians were jailed under death threat for 10 years before their execution date was scheduled. The AFP has said publicly that, if the same Bali 9 situation arose again, the AFP would exactly the same again. 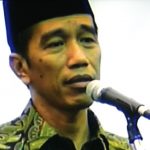 If Indonesia won’t change its laws and practices, Australia must refuse the AFP permission to repeat its Bali 9 error ever again. Every current MP in parliament, as proven by a letter to the Indonesian President Joko Widodo (photo) seeking mercy, and most Australians don’t want Australians or anyone else to die by public execution.

If the AFP can’t be trusted with discretion to make a better decision next time, the AFP should lose its discretion.

Trust is a mirror. If we can’t trust the AFP to act responsibly in Indonesia – when it has a clear and clean option to prosecute back home – then the AFP cannot command our trust in Australia on other matters, Civil Liberties Australia says.

Mr Thomson has told Civil Liberties Australia that he and JSCOT have just asked, in mid-February 2015 for a briefing by the Department of Foreign Affairs and Trade. JSCOT wants to know precisely what are the government’s current rules about swapping information with foreign law enforcement agencies that might expose Australian citizens to the death penalty overseas.

The briefing will also cover the monitoring of Australian citizens and foreign nationals who are extradited from Australia, and what steps we take to monitor whether foreign states are treating them as they promised they would.

Here is Mr Thomson’s most recent letter to CLA:

Thank you for your email to me dated 28 January 2015 in relation to the Australians, Myuran Sukumarun and Andrew Chan, who are presently imprisoned at Kerobokan prison in Indonesia and are facing execution for the crime of drug trafficking, and in relation to the work I undertook as Chairperson of the Parliamentary Joint Standing Committee on Treaties (JSCOT), in relation to extradition matters.

Firstly, the situation facing the Australians currently in Indonesia is extremely concerning. I am opposed to the death penalty, as are many Australians, and encourage the Indonesian Government to consider alternative sentencing and justice options for the Australians. I have recently signed a letter along with 100 other Members of the Australian Parliament to the Indonesian Ambassador pleading for clemency, and that their death sentences be commuted to imprisonment, or for deportation back to Australia to face the justice system domestically.

In relation to the JSCOT Report 91, regarding Treaties between Australia and the United Arab Emirates on Extradition and Mutual Assistance in Criminal Matters, Recommendation 6 of this Report recommended that the Parliamentary Joint Committee on Intelligence and Security (PJIS) be tasked with reviewing the rules applying to exchanges of information with foreign law enforcement agencies that might expose an Australian citizen to the death penalty. Unfortunately at the time this recommendation was not accepted by the Government (Government response to the Report is available here: http://www.aph.gov.au/Parliamentary_Business/Committees/House_of_Representatives_Committees?url=jsct/governmentresponses/91st.pdf )

However in its response, the Government did state that the ‘Attorney General’s Department and the Australian Federal Police is to review procedures for assistance in foreign investigations and prosecutions which may involve the possible application of the death penalty’. The Government did not accept Recommendations 2 and 3 of the report, which dealt with the monitoring of Australian citizens and foreign nationals who are extradited from Australia.