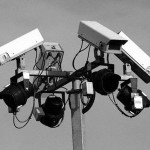 School CCTV may proliferate as a new academic year begins…but are there dangers? Dr Emmeline Taylor, author of a new book on the subject, explores the issue.

The Australian Principals Federation wants CCTV cameras installed in all foyers in state schools, it was reported recently. This comes as no surprise because many countries are increasingly using surveillance equipment in schools to tackle all sorts of issues: bullying, obesity, smoking and truancy.

But what does this mean for our schools, teachers and students?

CCTV in Australian schools is not a new phenomenon. More than 50 NSW schools have CCTV cameras in playgrounds, and there are plans to install them in classrooms and corridors. The State School Teachers’ Union of WA wants at least five surveillance cameras in all schools. At present, half of Perth’s metropolitan secondary government schools have CCTV, and the Department of Education plans to install such systems in all state schools.

CCTV in schools is supported by some staff, who see it as an impartial observer or a ”guardian of truth”. Some teachers welcome CCTV to protect them from accusations of misconduct.

While a handful of cameras in some locations appears to be reasonable, Australian schools should think carefully about whether they want to follow English schools down the slippery surveillance slope.

CCTV can have a place when properly managed, but once CCTV is used in the foyers of all state schools, how long will it be before it is put to use in corridors, classrooms, canteens and perhaps toilets? What starts as tackling a specific problem can often spiral into ”surveillance creep”. Once CCTV is through the school gates, the temptation to install it throughout campus can be hard to resist.

Ninety per cent of state-run schools in England have CCTV, some with a ratio of one camera for every five pupils. Some schools have CCTV in classrooms, corridors and even pupils’ toilets and change rooms. Some schools use microphones. Some teachers are required to wear earpieces so observers can provide live feedback on their teaching performance.

There are clearly legal and ethical issues to this. Australia’s privacy and surveillance laws vary by state, but most are concerned with regulating employers’ ability to use surveillance devices to monitor employees. Victoria’s Surveillance Devices (Workplace Privacy) Act 2006 prohibits the use of CCTV or audio recording in a toilet, washroom or change room specifically for workers. But what about students? Their status under the law is a grey area and could potentially allow Australian schools to go the same way as their English counterparts.

NSW Teachers Federation country organiser John Pratt is right to reserve judgment on whether or not CCTV in schools is a good move. There has not been any reliable independent research conducted to assess if CCTV can, or does, reduce bullying, truancy, or smoking.

CCTVs can undermine privacy, erode trust, have a ”chilling effect” on creativity, and create an atmosphere of suspicion.

Surveillance technology is increasingly sophisticated and affordable. A third of all British schools fingerprint pupils from the age of four. In the US, radio frequency identification (RFID) microchips are embedded in school ID cards and so-called smart uniforms to monitor pupils’ movements on and off the school premises.

Worldwide, many schools require that pupils pass through security arches on entering the premises, or submit to random searches by metal detectors. Many schools, including some in Australia, have uniformed police officers patrolling the corridors and classrooms, and they subscribe to routine drug testing and use sniffer dogs to search students.

We must consider the effect all this is having on children. Australia must be cautious about following in the footsteps of other countries in its use of surveillance in schools.

Dr Emmeline Taylor is a Senior Lecturer in Criminology at the Australian National University, and a member of Civil Liberties Australia. She specialises in surveillance, crime and criminal justice and has been mapping, with increasing concern, the use of surveillance practices in schools over the past decade. She is the author of the recently-released ‘Surveillance Schools: Security, Discipline and Control in Contemporary Education’ (Palgrave Macmillan).  This article appeared first in the Sydney Morning Herald: http://tinyurl.com/lcgqe4n

With the growth of surveillance technologies globally, Taylor focuses on the phenomenon of the Surveillance School and explores the impact that continual monitoring is having upon school children, education and society. Surveillance Schools are characterised by routine practices that identify, verify, categorise and track pupils. With biometric technologies such as fingerprinting and iris scanning, CCTV, microchips in ID cards and ‘smart uniforms’, metal detectors and police officers patrolling the school corridors with sniffer dogs, it is clear that schools have become increasingly fortified. Taylor outlines the phenomenon of the Surveillance School, mapping the driving forces behind them and analyses the impact. The evidence emerging from empirical studies suggests that often these technologies do little to safeguard young people, do not represent financial savings or increased efficiency, but serve to strip pupils of their privacy, undermine their trust in others and create an atmosphere of suspicion. This insightful research ultimately questions whether the incessant use of omnipresent technological surveillance has the ability to displace the very building blocks of democratic society. Taylor presents the school as a microcosm of society and invites us to experience a prophetic glance into the future of the surveillance society.