Some women who appear to be criminals are actually coerced into crime as victims of traffickers, says barrister Felicity Gerry, who calls for changed attitudes throughout the legal system.

How many victims of human trafficking are in prison in Australia? 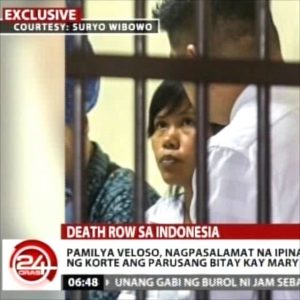 ‘Trafficked Persons have been victims of one or more serious criminal offences. States have obligations to assist such persons, and not treat them as criminals.’

The plight of Mary Jane Veloso, who was rescued from the death penalty at the last moment in Indonesia, exposes the need to treat some alleged criminals as human trafficked victims.

Indonesia has mandatory protection for human trafficked victims via its law 21 of 2007. England has enacted a complete defence for slavery or trafficking victims who commit an offence via the Modern Slavery Act 2015 and the Court of Appeal has quashed convictions for trafficked victims on the basis that the whole proceedings were an abuse of process[2]. The UK Sentencing Council interviewed drug mules. The information collected related to their trafficked status for sentencing purposes[3].

However, this is not just a sentencing issue. Trafficked victims need to be identified before they are charged, during any legal proceedings and for the purposes of appeal. These laws and procedures recognise when human beings are forced coerced, manipulated or deceived and need to be applied in Australia[4]

There are currently no figures available for how many human trafficked victims are caught in the criminal justice system in Australia and no clear mechanisms available to allow victims who have been prosecuted for criminal offending to successfully appeal. Logically this must mean that some victims will be in prison – as a result of their status as trafficked victims – as they are not being picked up during the criminal justice process.

A recent project in the EU exposed that trafficking in human beings for the purpose of forced criminal exploitation is an increasingly significant phenomenon. The findings showed that the issue is more widespread than previously reported, with victims being exploited through a variety of criminal activities[5]. UN Guiding principles are that trafficked victims who commit crime should not be prosecuted or, if they are, should not be punished. With the right mechanisms within the criminal justice system, the same principles can be applied in Australia to protect victims and expose traffickers[6].

The 2014 The Global Slavery Index 2014 (GSI) estimates there are about 3000 people in slavery in Australia[7]. The Australian system for identifying human trafficked victims relies on referral mechanisms for victim protection under the Australian Government’s ‘Support for Victims of People Trafficking Program’.  The Department of Social Services administers and provides funding for the Support Program. It is delivered by the Australian Red Cross[8]. This mechanism does not lend itself to the criminal justice process when an exploited individual is facing criminal prosecution.

There are Australian laws which criminalise human traffickers. These are contained within the Crimes Act 1914 (Crimes Act) and Divisions 270 and 271 of the Criminal Code Act 1995 both as amended by the Crimes Legislation Amendment (Slavery, Slavery-like Conditions and People Trafficking) Act 2013 (Slavery Act) and the Crimes Legislation Amendment (Law Enforcement Integrity, Vulnerable Witness Protection and Other Measures) Act 2013 The amendments focus on investigation and prosecution. Quite properly the broadest range of exploitative conduct is criminalised[9]. The legislation does recognise the vulnerability of witnesses but not trafficking victims generally. The Attorney General’s office asserts that the provisions are designed to “ensure Australia’s law enforcement authorities are well equipped to investigate and prosecute human trafficking and slavery, and that trafficked people are afforded appropriate support and protection when engaging with the criminal justice system”. However, it appears that no case has raised the issue at trial or on appeal.

Human trafficking is a highly lucrative industry that extends to all corners of the globe. The phrases ‘human trafficking’, ‘slavery’ and ‘forced labour’ are used interchangeably but essentially amount to exploitation for profit and power[10]. The potential profits from human exploitation are huge. In a 2012 survey by the International Labour Office it was estimated that 20.9 million men, women and children are in forced labour globally, trafficked for labour and sexual exploitation or held in slavery-like conditions[11].

The vast majority of trafficked victims are women[12].

In 2004 a study of women prisoners sentenced for drug/alcohol related crime across six jurisdictions found that 87% were victims of sexual, physical or emotional abuse in either childhood (63%) or adulthood (78%). Most were victims of multiple forms of abuse[14].

Any change a decade later is only for the worse: The Australian Institute of Family Studies reports that “the characteristics of the female inmate population have changed, with more mental ill-health, substance abuse and social disadvantage present, particularly among remandees. Female offenders demonstrate high levels of previous victimisation, poor mental health, substance misuse and social disadvantage compared to women in the community” (Australian Institute of Health and Welfare [AIHW], 2009; Clark & Fileborn, 2011; Forsythe & Adams, 2009; Kilroy, 2001)[15]. The logical conclusion is that judges are sending victims to prison, victims of violence and abuse and victims of human trafficking.

According to the Australian Federal Police (AFP) information about the number of trafficking-related investigations and assessments; “by 30 June 2014, a total of 235 persons had been referred to the Australian Government’s Support for Trafficked People Program since the program’s inception in 2004[16]. Official figures confirm that the great majority of known victims of trafficking in persons in Australia are women.  Trafficking involving male victims or children are very rare by comparison”. It is important to note that NGO figures are much higher and, as indicated above, figures for those in prison are unknown.

In order to effectively tackle trafficking in human beings (THB), all States need to identify all types of victims and divert them out of criminal justice systems. This includes in cases where there is credible evidence the victims have been trafficked in order to commit criminal offences on behalf of those who make criminal profit. Decisions need to be taken not to prosecute those people and to release those who have been wrongly convicted.

In the meantime, it is likely that in some cases victims of human trafficking have been convicted without these issues being addressed – either on the question of guilt or of sentence – and the victims are currently being held in prison. These people may have grounds to appeal, may have exhausted opportunities for legal aid or may not have funds to do so.

There is a clear need to research the number of victims in prison. This requires the identification of situations where conviction and sentence have been passed on victims of human trafficking by Judges who do not understand the issues around human trafficking or where the Judge has been informed of this but has nevertheless passed a sentence or where prosecutors have not been made aware that the prosecuted is a victim and referral mechanisms need to be implemented. In the meantime, in ongoing cases, the following steps can be applied by practitioners:

All areas of the legal system (police, prosecutors, lawyers[19], the judiciary, NGOs, etc) need to be alert to identifying those who may have grounds to appeal due to their trafficked status. This can be particularly complex in Australia when appeals may demand “fresh” evidence. However, in the context of modern slavery, if a court of original jurisdiction has not been made aware of a person’s trafficked status, that fact alone should call for a “fresh” look at the case.

While those trafficked are highly unlikely to be aware of the rights their status should bestow on them, Australians who ensure the legal system functions properly – (police, prosecutors, lawyers, the judiciary, NGOs, etc) – bear a greater responsibility than appears to have been discharged so far in ensuring that possible victims of trafficking are identified and their special circumstances brought to notice. It is important that the issues raised in the case of Mary Jane Veloso leads to an examination of systems to identify human trafficked victims in prison in every country, not just Indonesia. 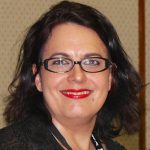 [1] William Forster Chambers Darwin, Australia and Chambers at 36 Bedford Row, London and Chair of the Research and Research Training Committee, School of Law, Charles Darwin University, Australia. In 2014 Felicity presented a discussion paper and forum on behalf of Lexis Nexis on legal & penal policy for women offenders. This led to significant adoption of proposals by the then UK Minister for prisons. She is an expert in human trafficking law and recently filed an amicus curiae brief in relation to the intersection between drug trafficking and human trafficking law on behalf of Mary Jane Veloso who faced the death penalty in Indonesia.
[2] In R v N; R v LE [2012] EWCA Crim 189
[3] UK Sentencing Council, Drug ‘Mules’: Twelve Case Studies, Office of the Sentencing Council, March, 2011, 4.
[4] Article 3 of the 2000 United Nations Protocol to Prevent, Suppress and Punish Trafficking in Persons, Particularly Women and Children (“the Trafficking Protocol”). defines trafficking to mean “the recruitment, transportation, transfer, harbouring or receipt of persons, by means of the threat or use of force or other forms of coercion, of abduction, of fraud, of deception, of abuse of power or of a position of vulnerability or of the giving or receiving of payments or benefits to achieve the consent of a person having control over another person, for the purpose of exploitation. Exploitation shall include, at a minimum, the exploitation of the prostitution of others or other forms of sexual exploitation, forced labour or services, slavery or practices similar to slavery, servitude or removal of organs”.[4]
[5] Trafficking for Forced Criminal Activities and begging in Europe Exploratory Study and Good Practice Examples, September 2014 Anti-Slavery International ISBN 978–0–900918–91–0 < http://www.antislavery.org/includes/documents/cm_docs/2014/t/trafficking_for_forced_criminal_activities_and_begging_in_europe.pdf>
[6] Let’s Talk About Slaves…Human Trafficking: Exposing Victims and Criminal Profit and How Lawyers Can Help End a Global Epidemic 2015 (3) GJLHD By Felicity Gerry QC < http://www.griffithlawjournal.org/#!volume-3-issue-1/c1z2j>
[7] http://www.globalslaveryindex.org/findings/
[8] https://www.dss.gov.au/our-responsibilities/women/programs-services/reducing-violence/anti-human-trafficking-strategy
[9] Commonwealth AG’s Website http://www.ag.gov.au/CrimeAndCorruption/HumanTrafficking/Pages/Humantraffickinglegislation.aspx
[10] There are concerns that the word “slavery” doesn’t cover children exposed to hazardous work or those who are not given a fair wage but this is probably semantics since those people have little choice and in any event slavery and trafficking are now commonly understood terms used interchangeably. Human exploitation is more over-arching.
[11] 2014 International Labour Office report, “Profits and Poverty: The economics of forced labour” http://www.ilo.org/global/publications/ilo-bookstore/order-online/books/WCMS_243391/lang–en/index.htm
[12] UNODC report on global trafficking in human beings < http://www.unodc.org/unodc/en/human-trafficking/global-report-on-trafficking-in-persons.html>
[13] ABS, 4517.0 Prisoners in Australia http://www.abs.gov.au/ausstats/abs@.nsf/Lookup/by%20Subject/4517.0~2014~Main%20Features~Sex~5
[14] Holly Johnson Drugs and Crime: A study of Female Incarcerated Offenders, Research and Public Policy Series, No 63, Australian Institute of Criminolgy, Canberra, 2004
[15] AIFS, Addressing women’s victimisation histories in custodial settings < http://www.aifs.gov.au/acssa/pubs/issue/i13/i13b.html>
[16] Interdepartmental Committee on Human Trafficking and Slavery, Trafficking in Persons: The Australian Government’s Response 1 July 2013–30 June 2014 (2014) 30.
[17] Taken from UK CPS Legal Guidance at www.cps.co.uk
[18] Let’s Talk About Slaves…Human Trafficking: Exposing Hidden Victims and Criminal Profit and How Lawyers Can Help End a Global Epidemic 2015 (3) GJLHD By Felicity Gerry QC < http://www.griffithlawjournal.org/#!volume-3-issue-1/c1z2j>
[19] Ibid