Secrecy hides a potential onrushing tsunami in the form of the Trans Pacific Partnership agreement, warned MP Melissa Parke in speaking to a new, cross-party forum at Parliament House, Canberra.

Who’s afraid of the TPP?

By Melissa Parke MP*, speaking to a forum at Parliament House, Canberra

The TPP, or Trans-Pacific Partnership, sounds kind of innocuous and neighbourly – who can argue with the idea of partnerships between nations? Well, has anyone seen that recent movie ‘Interstellar’? If so this will be familiar to you. The TPP is like gazing upon a pleasant mountain scene in the distance, only to realise when it gets closer that it’s not a mountain at all but a tsunami that will destroy all in its path.

It’s hard to see this tsunami for what it is because of the secrecy around the negotiations and the drafting of the TPP. But leaks of the drafts over recent months seem to confirm our worst fears. And if the government signs off on the agreement before it’s made public – as could happen within next couple of months – there will be nothing we can do to change it.

The TPP is being sold as a trade agreement that will reduce tariffs and gain access for farmers to markets but, in truth, the TPP is primarily about control of the regulatory framework of countries for the benefit of multinational corporations, who by the way have been party to the negotiations on the TPP.

The greatest impact will be on things like internet freedom, the cost of medicines – not only here in Australia but also for the poorest people in the world – tobacco and alcohol control policies, food labelling, labour rights and safety, human rights, environmental standards, and indeed any area that might be regulated, such as cracking down on multinational tax avoidance.

The key mechanisms for control are chapters on Intellectual Property and investment, especially the inclusion of Investor State Dispute Settlement (ISDS) clauses. These are clauses that allow foreign corporations to sue governments for laws, policies and even court decisions that impact upon their profits. This is how Philip Morris is suing Australia under a FTA with Hong Kong for billions in lost profits for our plain packaging laws, even after it lost the case in the High Court of Australia.

NZ has been deterred from introducing plain packaging laws of its own. Philip Morris is currently suing Uruguay for its anti-tobacco measures, which could bankrupt the country. The company is bigger than Uruguay. PM’s net revenue last year was $67.4 billion, while Uruguay’s GDP is $50 billion.

Australians might be surprised to know that these cases are not heard by a respected independent international tribunal of judges but by panels of lawyers who can be advocates for multinationals one month…and panel members adjudicating cases the next. Their decisions are not transparent, they apply no precedent and cannot be appealed.

No wonder the Productivity Commission concluded there was no benefit to Australia in such deals. No wonder the Chief Justice of the High Court of Australia expressed his concern about ISDS clauses in a public speech last year. No wonder Hilary Clinton has recently done the same. No wonder John Howard refused to have an ISDS clause in the US-AUS Free Trade Agreement, and no wonder the former Labor Government refused to sign an FTA with Korea that contained such a clause.

The present government likes to talk about its success in achieving FTAs but of course you can reach any agreement if you are prepared to sign anything, including to give away your country’s sovereignty.

We understand the government has sought specific exemptions from ISDS for the PBS, Medicare, Therapeutic Goods Administraton and the Gene Technology regulator but, it should be noted, these exemptions are in brackets in the TPP text – they have not been agreed.

And even if they were agreed they may not be effective. There are a number of examples where these so-called exemptions in trade agreements have not deterred investors from suing, and where tribunals have ignored the intended limitations.

A submission made by 100 legal experts to the European Commission regarding similar exemptions to an ISDS clause in the proposed agreement between the EU and the US concluded that they would not be sufficient to uphold health and environmental legislation.

So, to summarise, a TPP with an ISDS clause would manacle the hands of elected governments at every level as well as the courts in perpetuity, giving multinational corporations the exclusive keys to the country. In our view the TPP is a Trojan horse for “Taking Power from the People”.

That is why the cross-party working group is being launched today and why we are calling for the draft TPP text to be made public and for community consultations to occur before the agreement is signed.

Once the agreement is signed it will be too late to change it.

* Speech to the inaugural forum of the federal Parliament Cross-Party Working Group on the TPP, held at Parliament House, Canberra, on 25 May 2015. She was convenor of the group. 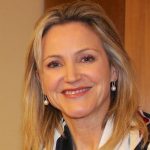 Melissa Parke is the Federal Member for Fremantle in WA, first elected in November 2007. Before that, she was a senior lawyer in the UN for eight years, including postings in Kosovo, Gaza, Lebanon and New York, where she helped to establish the UN Ethics Office. Previous to the UN, she lectured in law at Murdoch University in WA and, before that, was solicitor in charge at the Bunbury Community Legal Centre. Melissa grew up in the south-west of WA on her parents’ apple farm in Donnybrook. She graduated with a Bachelor of Business from Curtin Uni, then completed a Bachelor of Laws (LLB) at the Uni of NSW and a Master of Laws (LLM) in Public International Law at Murdoch Uni. She is a member of Civil Liberties Australia.