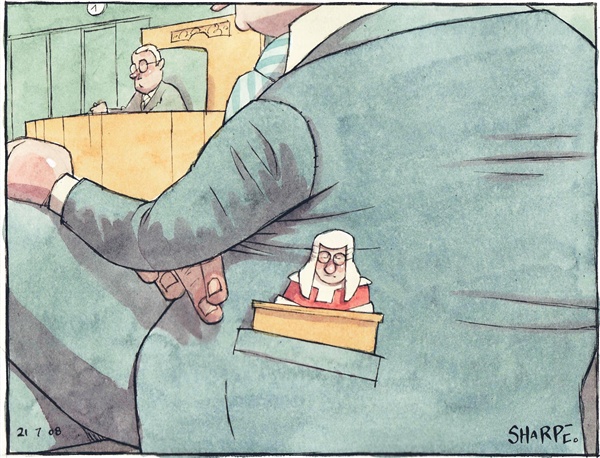 Appointing Australia’s High Court judges is too potent and pervasive an act to be solely a perk of the government of the day, says Prof George Williams. He calls for a non-partisan, non-ongoing commission to take over the crucial role of recommending a shortlist, with the government having the final choice.

George Williams is the Anthony Mason Professor at the University of NSW, a visiting fellow at the ANU College of Law, and a member of Civil Liberties Australia. Ian Sharpe illustrates and cartoons for the Canberra Times. Both the article and the illustration first appeared in that paper on 21 July 2008.