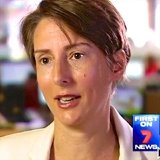 A NSW tribunal has ruled it’s illegal to segregate public meetings on gender. The ruling, at the request of CLA member Alison Bevege, may have national and international ramifications.

Alison Bevege, a freelance journalist and a member of Civil Liberties Australia, has taken on the issue of gender segregation at public meetings in Australia…and won.

The Hizb ut-Tahrir group has been found guilty of discriminating against women after making Bevege sit with women and children at the back of a public meeting in western Sydney in October 2014. Her male companion was able to sit at the front.

Bevege (photo) originally complained to the Anti-Discrimination Board of NSW, but it referred the issue to the NSW Civil and Administrative Tribunal.

The tribunal in March 2016 ordered the group to not discriminate by forcing women and children to sit at the back of meetings.

The decision may have national, and international, significance, Civil Liberties Australia believes. Others around the world opposed the practice of segregating women and children from men at public events are expected to take legal action as a result of the Bevege ruling.

The global, fundamentalist Muslim group Hizb ut-Tahrir, which wants Sharia law to rule in Australia, holds public meetings and rallies open to the public, expecting all attendees to conform to their rules. But they are no longer permitted to do so in NSW under secular law.

“If you want to have a public meeting in Australia you cannot have Sharia gender segregation,” Ms Bevege said. “They’re trying to normalise gender segregation, it’s in their constitution, but this (ruling) sends a strong message. What they’re doing is crushing the rights of progressive, secular Muslims and non-Muslims and they’re not allowed to do this in Australia,” she said.

Hizb ut-Tahrir claimed Bevege was an Islamaphobe and a bigot, and that Australian law could not dictate the religious affairs of its members at rallies.

In its decision, the tribunal found Hizb ut Tahrir guilty of unlawful discrimination on the grounds of sex and its leader Ismael al Wahwah personally responsible for the discriminatory conduct against women.

At public meetings in future, Hizb ut-Tahrir must display notices making it clear women can sit where they like and their ushers cannot force women to the back of the room.