The FBI has finally admitted that for 20 years its ‘experts’ gave flawed testimony about supposedly reliable forensic tests on hair samples in hundreds of major murder and rape trials.

Nearly every examiner in an elite FBI forensic unit gave flawed testimony in almost all trials in which they offered evidence against criminal defendants over more than 20 years.

Of 28 examiners with the FBI Laboratory’s microscopic hair comparison unit, 26 overstated forensic matches in ways that favoured prosecutors in more than 95% of the 268 trials reviewed so far.

The same FBI examiners whose work is under review taught 500 to 1000 state and local crime lab analysts in America to testify in the same ways. In many countries, hair analysis techniques are based on FBI practices.

It is likely that similar analysis and testimony in Australia, where based on FBI procedures, will show similar problems. 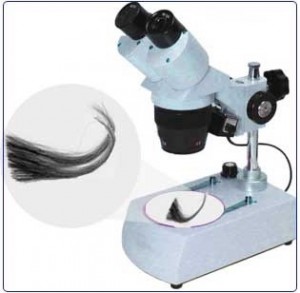 The shocking inaccuracy and unfairness of testimony in US courts has come to light after the USA’s largest post-conviction review of forensic evidence. The Washington Post ’s Spencer Hsu said the cases of wrong testimony included 32 where defendants had been sentenced to death: of those, 14 have been executed or have died in prison.

The formal review, announced nearly three years ago, is into cases conducted by all FBI Laboratory hair and fibre examiners since 1985. It covers FBI examinations in federal and local cases across the country, often in violent crimes, such as rape, murder and robbery.

“Justice Department officials had known for years that flawed forensic work might have led to the convictions of potentially innocent people but had not performed a thorough review of the cases…prosecutors did not notify defendants or their attorneys even in many cases they knew were troubled,” the Post reported in 2012.

The analysis so far, by the National Association of Criminal Defense Lawyers and Innocence Project, is based on examining 342 cases: hair evidence was used against defendants in 268 of them. In 257 of those 268, FBI examiners gave flawed forensic testimony.

“The findings likely scratch the surface,” the Post reported.

The FBI said as of mid-April that reviews of about 350 trial testimonies and 900 lab reports are nearly complete, with about 1,200 cases remaining.

“The admissions mark a watershed in one of the country’s largest forensic scandals, highlighting the failure of the nation’s courts for decades to keep bogus scientific information from juries, legal analysts said,” according to the Post. “The question now, they said, is how state authorities and the courts will respond to findings that confirm long-suspected problems with subjective, pattern-based forensic techniques — like hair and bite-mark comparisons — that have contributed to wrongful convictions in more than one-quarter of 329 DNA-exoneration cases since 1989.”

The FBI is waiting to complete all reviews to assess causes but has acknowledged that hair examiners until 2012 lacked written standards defining scientifically appropriate ways to explain results in court. The bureau expects this year to complete similar standards for testimony and lab reports for 19 forensic disciplines.

The bureau said it is difficult to check cases before 1985, when files were computerised.

The review confirmed that FBI experts systematically testified to the near-certainty of “matches” of crime-scene hairs to defendants, backing their claims by citing incomplete or misleading statistics drawn from their case work.

In reality, there is no accepted research on how often hair from different people may appear the same. Since 2000, the lab has used visual hair comparison to rule out someone as a possible source of hair or in combination with more accurate DNA testing.

University of Virginia law professor Brandon L. Garrett said the results reveal a “mass disaster” inside the criminal justice system in the USA. The system has been unable to self-correct, he said, because courts rely on outdated precedents admitting scientifically invalid testimony at trial. The legal doctrine of finality makes it difficult for convicts to challenge old evidence.

“The tools don’t exist to handle systematic errors in our criminal justice system,” Garrett said. “The FBI deserves every recognition for doing something really remarkable here. The problem is there may be few judges, prosecutors or defense lawyers who are able or willing to do anything about it.”