By SONIA HICKEY and UGUR NEDIM

A Federal Court of Australia Christmas Eve decision could have huge implications for large numbers of refugees locked up by the Australian government.

For many years, there have been concerns about the arbitrary power the Home Affairs Minister has to either grant or deny visas at whim.

The problem of a politician being the judge, jury and executioner in these matters was highlighted recently by a blind and mentally ill refugee who has been locked up for a decade by the Australian government.

Deva* (not his real name) arrived by boat on Australia’s Christmas Island in March 2010 after fleeing persecution in Sri Lanka. Australian authorities accepted he had been tortured by the Sri Lankan army.

Since then, the now 36-year old has been caught up in an endless cycle of visa applications, assessments, and bureaucracy. And right now, he remains locked up despite a decision by a Federal Court justice on 24 December 2019, who was scathing in his criticism of the Home Affairs Minister Peter Dutton.

The judge remarked that the decisions made by him were so ridiculous that Deva’s situation could be likened to the plot of Joseph Heller’s famous satirical novel Catch-22.

Australia accepted Deva’s refugee claim months after his arrival, but the Australian Security Intelligence Organisation (ASIO) flagged him as a security risk the following year, a decision Deva could not challenge because it was based on “secret evidence” and reasons that could not be seen by him or anyone acting on his behalf.

But ASIO saw fit to change its mind in 2016 and downgraded the rating. Despite this, the mentally ill man was kept in detention.

In July 2019, Deva’s application for a temporary protection visa was dismissed without explanation by Minister Dutton on the basis that he failed the character test, despite the fact Deva has never been charged with or convicted of a crime.

Deva is legally blind. He lives with an acquired brain injury and a range of other serious conditions, including schizophrenia, post-traumatic stress disorder and dementia, and many are perplexed as to how Mr Dutton came to his decision or why it took so long to deal with the case.

Section 501 character test does not apply

In his landmark judgment, Justice Steven Rares condemned Dutton’s refusal to issue Deva with a visa, finding that the controversial character provisions in section 501 of the Migration Act do not apply to refugees.

The decision could have implications for thousands of declared refugees who have been denied visas and indefinitely detained – unable to get a visa, but also unable to be sent back to their home countries due to Australia’s obligations under the Refugee Convention.

The current state of the law has enabled the Australian government to refuse visas despite asylum seekers having gone through the process of being declared refugees, which involves a number of hurdles in itself. But Justice Rares found that it simply makes no sense for refugees to have to clear two separate character tests.

Human rights experts say that the court’s finding will eliminate the option for the Home Affairs minister to have “two bites of the cherry” when deciding if a refugee can enter Australia.

Deva had argued in his visa application that if he were not given a visa he would either be indefinitely detained or sent back to Sri Lanka where he would face death.

But in court, the government’s legal team argued that there was another option – that Minister Dutton himself could decide later on to grant a visa.

In his decision, Justice Rares said that it was “absurd” and “unacceptable” to put forth that Mr Dutton might issue Deva with a visa in the future when he had just found – on grounds not disclosed – that the mentally ill refugee failed the character test. The judge found that the government’s position was unreasonable and legally invalid.

Indeed, both the Working Group on Arbitrary Detention, which is overseen by the Human Rights Council, and Australia’s Human Rights Commission had previously found that Deva’s detention is arbitrary and contrary to international law.

The government can still appeal the decision

Justice Rares has ordered the Home Affairs Minister to make a “prompt decision” on Deva’s visa application, although it’s understood that despite moving Deva to alternative accommodation earlier in January 2020 where he remains under guard, there has been no other movement on the case.

The government may choose to appeal the case, which could end up in the High Court.

This article was first published by Sydney Criminal Lawyers on 14 January 2020. https://tinyurl.com/usql8n6 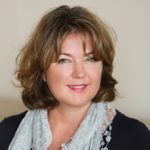 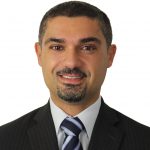 Sonia Hickey is a freelance writer, magazine journalist and owner of ’Woman with Words’. She has a strong interest in social justice, and is a member of the Sydney Criminal Lawyers® content team. Ugur Nedim is an accredited criminal law specialist with over 20 years of experience as a criminal defence lawyer. He is the principal of Sydney Criminal Lawyers®.